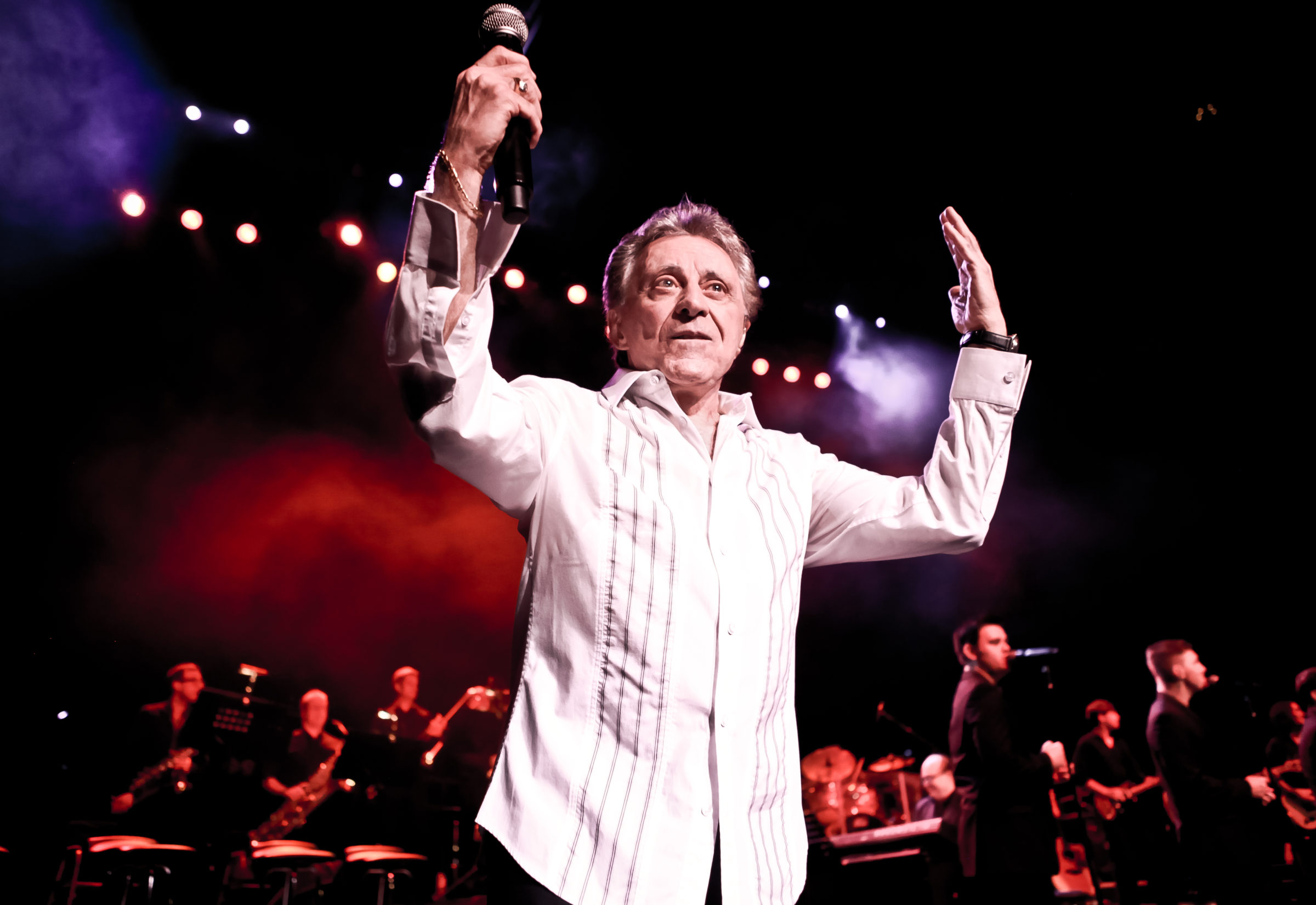 Life is good for Frankie Valli. And why wouldn’t it be? The legendary singer has an amazing new lady in his life. He’s also wrapping up a new jazz album, touring, and making music. “I am so blessed to be able to live the life I have,” he says.

Over the years, Valli has been responsible for some of the best-known songs to hit the airwaves – Sherry, Walk Like A Man, Big Girls Don’t Cry, Rag Doll, December ’63 – Oh What A Night, Grease, and Can’t Take My Eyes Off of You, which has been covered by 200 artists.

His falsetto voice is the centerpiece of Frankie Valli and the Four Seasons. The group – the focus of the Tony Award-winning musical Jersey Boys and members of the Rock and Roll Hall of Fame – sold more than 100 million records from 1962 to 1978. They will perform this Saturday at Altria Theater.

Fueled by the Fans

At eighty-five, Valli is still going strong. He credits his ever-present vitality to his long career. “I enjoy what I do,” he says. “I wake up happy every day, grateful for the incredible blessings I have received.” Valli didn’t simply step into a career. Growing up in a public housing project in Newark, New Jersey, he dreamed that one day something wonderful would happen. He spent his formative years watching all the big bands as well as groups like The Four Freshman.

His focus at the time was jazz. He was always eager to see the legends of that genre – Nat King Cole, Ella Fitzgerald, and Billy Eckstine – perform whenever he could slip into New York City.

He kept his childhood dream close to his heart as he soaked in the music. That dream began to materialize when he started the group, The Four Lovers (now the Four Seasons) with Nick Massi, one of the original Four Seasons.

When he asked singer/songwriter Bob Gaudio to join the group, the dream took flight. A while later, in 1962, the group recorded Gaudio’s song Sherry and performed it on American Bandstand. The rest, as they say, is history.

Valli’s love for performing has never waned over the years. “It is enjoyable for me personally to see the fans and connect with them,” he says. “All ages come to my shows. It’s a beautiful thing to see some teenagers singing and dancing along just like their parents did.”

Being able to sustain a long career isn’t easy for any artist. It takes talent, tenacity and a true love of entertaining. “I love Bruno Mars. He’s a real entertainer,” Valli says. “I think to have longevity, you have to have that and I like to think of myself like this as well.”

Any singer will tell you the songs they have created are like children. The task of singling out one as a favorite is impossible. “I’m a good father. I would never pick one of my children as a favorite,” Valli says, adding he feels the same way about his music. “Each song has it’s own special meaning and place in time.”

On Saturday, he promises that Richmonders will get to hear an evening of solid gold hits as well as a “couple of surprises.” “We are so grateful for our fans, and that is what they want to hear,” Valli says.

While his childhood dream of performing has been fulfilled, it doesn’t mean Valli doesn’t have more dreams. “I still have lots of dreams,” he says. “I have not written an autobiography yet and the entire Jersey Boys story has not been told. I want to see my kids all get married and have their own kids.”

His takeaway after all these years is to “keep at it like that Energizer bunny,” he says. “Don’t stop. Look forward, never back.”

Interviews over the years have revealed lots about his career, but there’s one thing people don’t know about him, he adds. “I love to cook. Italian food, of course. My mother taught me.”

When he thinks of his legacy, he says he wants to be known as “the guy who never gave up. My whole life is a testament to tenacity and persistence.”