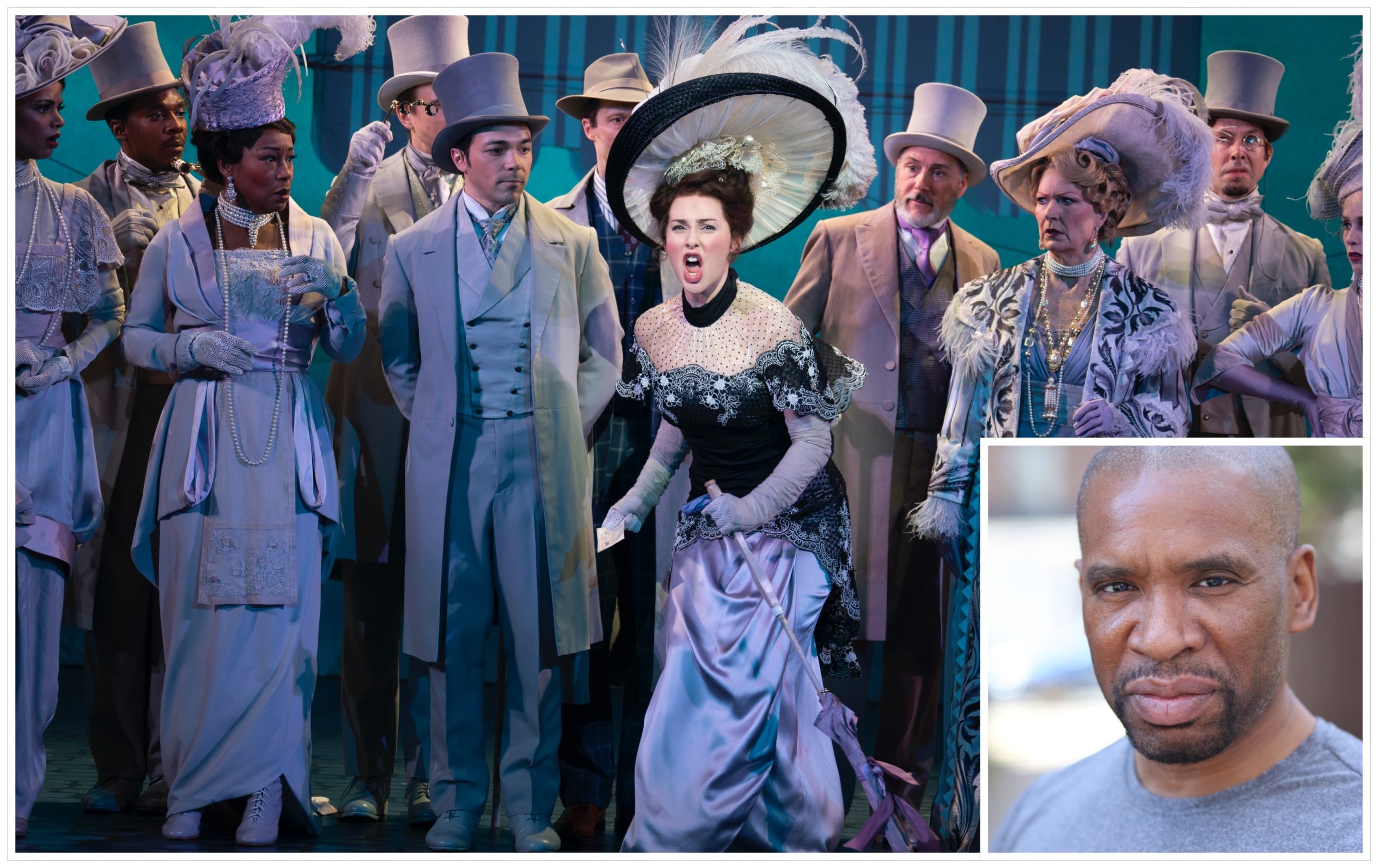 Martin Fisher is learning that musical theatre can be much more intense than the world of opera or television.

Fisher, an opera singer turned actor, has worked in off-Broadway productions as well as television and film so he’s used to working at a steady pace. But when he joined the cast of Lincoln Center Theater’s production of Lerner & Loewe’s My Fair Lady, the intensity ramped up.

“After working in all the disciplines, I find that musical theatre folks are the hardest working people I have worked with. Opera singers do three or four shows a week. With musical theatre, you are doing eight shows a week,” says Fisher who will be appearing as Alfred P. Doolittle in My Fair Lady, opening at Altria Theater on May 31 and running through June 5.

The musical, which is adapted from George Bernard Shaw’s play and Gabriel Pascal’s motion picture Pygmalion, premiered on Broadway on March 15, 1956. The legendary original production won six Tony Awards including Best Musical and ran for 2,717 performances making it, at the time, the longest-running musical in Broadway history.

The show’s songs, everything from “I Could Have Danced All Night” to “I’ve Grown Accustomed to Her Face,” have endured the test of time, now classics in their own right.

A fan of classic movies, Fisher was familiar with My Fair Lady, but he wasn’t a student of the characters in the show like Alfred Doolittle. He had to familiarize himself with his character and his background.

“It was a learning curve,” he says.

From society’s point of view, Alfred is considered to be a shady character with a subversive attitude who is a victim of lower-class prejudice.

“Doolittle’s response to middle class morality is ‘I am who I am,’” says Fisher. “He is happy to get by and just have enough money for his favorite food. He is part of the undeserving poor. He has the attitude of I get by with what I can scrape by with and that’s good enough for me.”

His relationship to his daughter, Eliza (the show’s main character) is complicated.

“Eliza just tolerates her father. She has her own motivation. She wants to move forward with her lot in life and have a better life for herself. She can’t afford to have the same attitude as her father,” Fisher says.

He believes the overall societal themes in the show are still present today.

“Poor people are still looked down upon. More than one hundred years since Shaw wrote the play, it’s still part of the human condition,” he says. “That’s amazing to me.”

Fisher is the first Black American to play Alfred in the musical.

“I think I bring my understanding to the role,” says the Camden, N.J. native. “I grew up in an educated family in a poor community in the inner city. I know people who are very much like this character. I draw upon them exponentially when I am doing this role.”

One of his favorite moments in the show is the action during the song “Get Me to the Church On Time.”

“I have a background in martial arts and some stunt work. So I get to have fun with it,” he says. “It’s a blast.”

Tickets for My Fair Lady can be purchased at BroadwayInRichmond.com, the Altria Theater Box Office, or by phone 1-800-514-3849(ETIX).