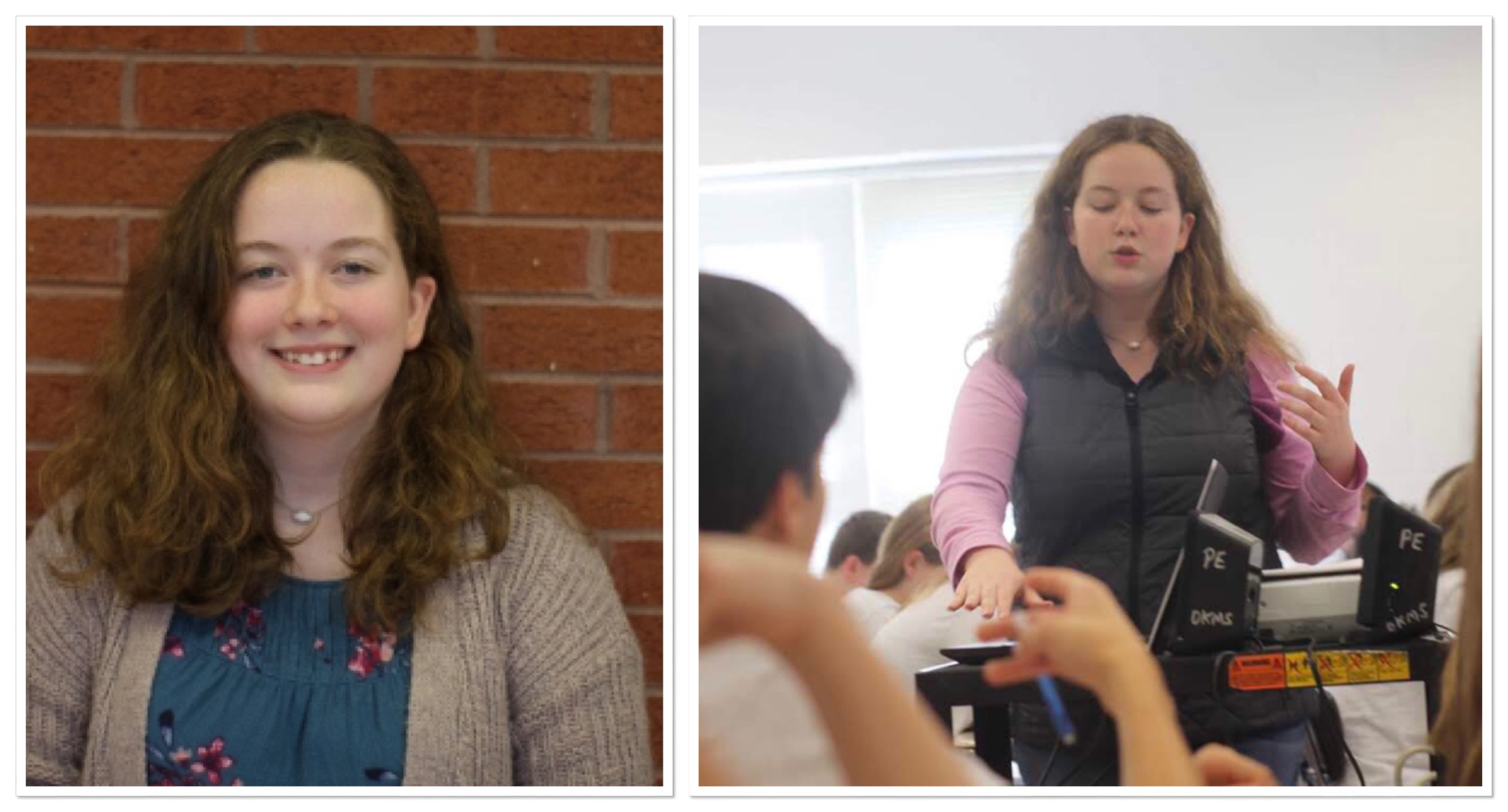 Seventeen-year-old Sophie Ward had trouble falling and staying asleep when she was in preschool age. She didn’t like sleeping alone, nor did she want to go to sleepovers at friends’ houses.

Her parents saw her behavior as separation anxiety, but the problem didn’t go away as she grew older. Sophie struggled with constant worry. She feared bad things would happen in the world and she would lose her family. When she was in ninth grade, she told her parents she needed help.

“She said it was affecting her life,” says her mom, Angela Ward. “When she realized some other kids didn’t obsess over these things she said, I think this is a problem.”

Sophie was diagnosed with anxiety and depression. Now a rising senior at Hanover High School, she is not only coping with her issues but also has developed an educational presentation about anxiety and depression that meets the Virginia Standards of Learning for health education. She presented the program to all eighth grades at Oak Knoll Middle School and leads a weekly peer support group for students that connect to the problem.

Putting the Pieces Together

Looking back, Sophie’s mom believes her daughter started worrying in kindergarten when Angela had to have emergency open-heart surgery. “That sealed the deal for her for constant worry,” Angela says.

Sophie couldn’t put the pieces together until she overheard friends who were in therapy for anxiety and depression talk about what they were going through. “It sounded very familiar to me,” she says. “It was like I was going through it too.”

After the conversation she scoured the Internet for more information. “It was something I was dealing with but didn’t have words to describe,” she says. “For the first time in my life I had identified my thoughts and symptoms as anxiety.”

Seeing a therapist “opened this new window of terms and words, ways to explain the way I was feeling,” she says.

Her parents have seen a marked difference in Sophie, who is managing her anxiety and depression with coping strategies, self-talk and eye movement desensitization and reprocessing. EMDR is a recognized psychotherapy treatment for trauma and other disturbing emotional experiences. It was used successfully after the 9/11 terrorist attacks and is an effective treatment for veterans with post-traumatic stress disorder.

Her daughter’s therapy has been “life changing,” says Sophie’s mom. “Now Angela is planning for college. She has gone from not being able to sleep over with friends in the neighborhood to going to the journalism program at the University of Georgia.”

Helping Others Find Their Way

During the summer before tenth grade, Sophie began brainstorming ideas for her Girl Scouts gold project. She wanted younger teens and teens her age to have the language and information about anxiety and depression explained to them.

“I thought it would be meaningful coming from a teen that had experienced it,” she says. “I never had symptoms defined for me in school.”

Sophie wanted to “reach kids that were struggling in silence,” she says.

After getting buy-in from middle school principal, Caroline Harris at Oak Knoll, she created a lesson based on her own experience and using eighth grade health SOLs. She taught the lesson to students in their health classes.

“I told them I would be leading an after-school support group for anyone who was struggling,” she says.

Since then she’s spoken at a PTA meeting for the entire county and was asked to serve on a mental health task force. She is currently writing curriculum so lessons can continue after she graduates. Other schools have also expressed interest in her program.

Sharing her struggles with others has helped Sophie in a lot of ways, she says. “I’ve learned a lot about people. I’ve learned that every person has an individual story. I’ve learned to be more mindful of that.”

Sophie recently gave a talk at a statewide School Safety Training Forum put on by the Virginia Department of Criminal Justice Services and Virginia Center for School and Campus Safety for an audience of 1,000. “If I had been told that a year and half ago I wouldn’t have believed it,” she says. “This process has helped me with my own anxiety.”