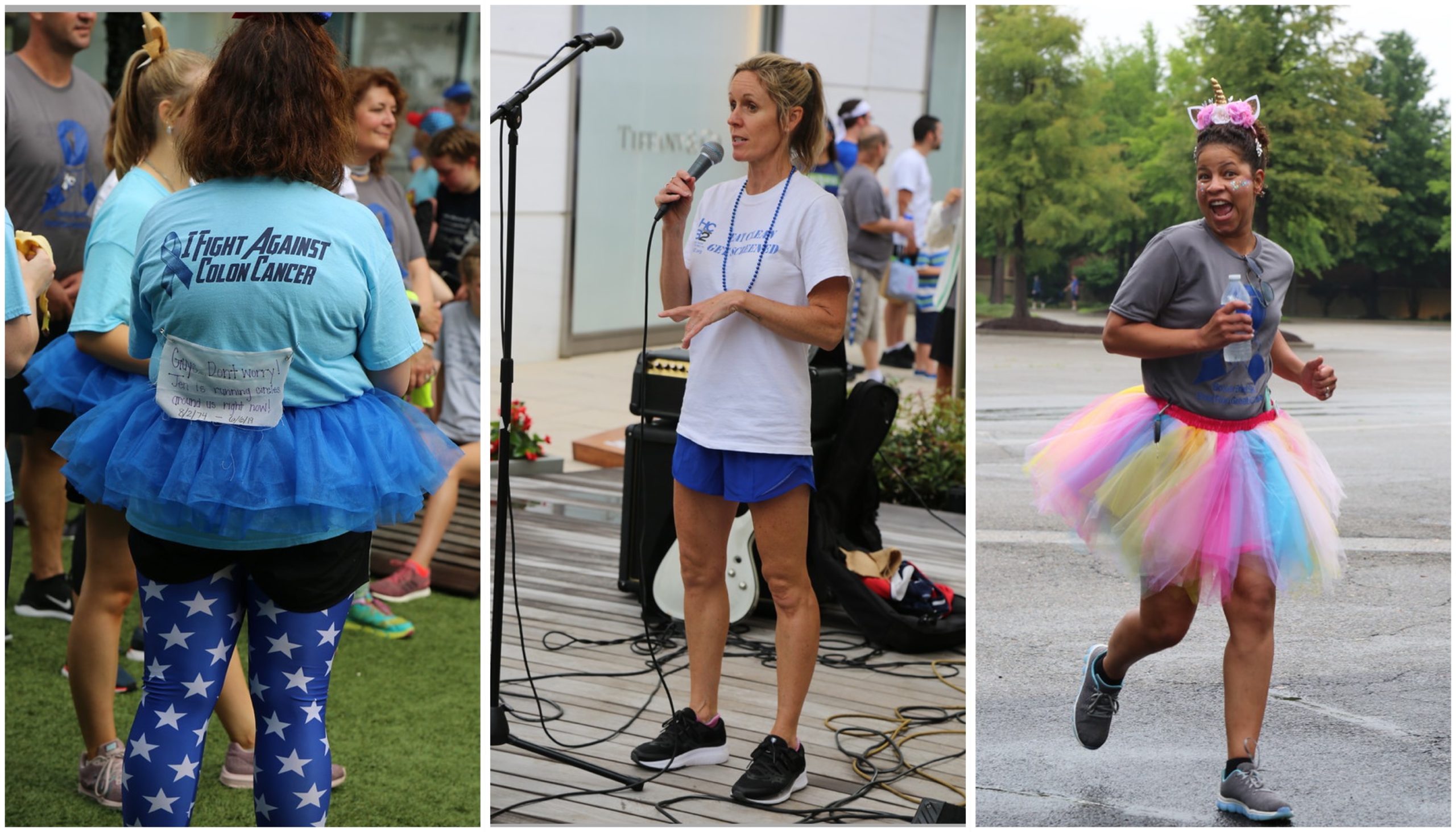 Participants can walk or run their 3.1 miles from the comfort of their own neighborhoods instead of the normal large gathering of runners and walkers. The virtual race starts June 6 at 8 a.m., but participants can hit the road anytime over the weekend. You can sign up for the event here.

“You can run or walk the 5K anywhere in your neighborhood. This will bring colorectal cancer awareness to your neighborhood,” Conklin says. “We are encouraging physical distancing. We will have an event page on Facebook where you can post comments and photos.”

Participants can pick up their packets along with the usual swag via a drive-through pre-race packet pick up at Stony Point Fashion Park this Friday and Saturday from 3 to 6 p.m. on Friday and from 8 to 11 a.m. on Saturday.

Three runners from Canada and runners from seventeen different states have already signed up for the race. “A lot of these folks usually travel to Richmond. Last year, we had 700 people at the 5K,” Conklin says. “This year we expect from 300 to 400. When we changed it to virtual, we understood we wouldn’t have as large an event as we normally do.”

Starting the Fight Against Colorectal Cancer

Conklin founded HCB2 a couple of years after her first husband, Rich Conklin, passed away from colorectal cancer in 2011. He was forty-three at the time.

“He had no family history and no symptoms of colorectal cancer that I knew of,” she says. “A lot of people still think this is an old man’s disease, but that is simply not true. Fifty percent of people diagnosed with colorectal cancer are women and diagnosis rates are rising in the 20- to 34-year-old population.”

Colorectal cancer is the second leading cause of cancer-related death in the United States behind lung cancer. It’s a disease that people often are embarrassed to talk about.

“People don’t acknowledge they have it and don’t tell anyone about their symptoms,” Conklin says. “There is a lot of work to be done.”

HCB2 promotes knowing your family history and raising the level of conversation about that history along with talking about the signs and symptoms of the disease and understanding the importance of screening. The organization also hosts numerous special events and services each year to raise awareness about cancer prevention.

“We want to break the silence that surrounds the disease,” Conklin says.

Slip on Your Boxers and Get in the Race

During the race, it’s not unusual to see people wearing boxers and a superhero cape over their running clothes for the “run to save buns.”

“We know that many people use this event as a reunion to honor or celebrate someone who has passed or survived or is fighting colorectal cancer,” Conklin says.

The race is one of Conklin’s favorite events.

“We are going to miss seeing everyone at the starting line at Stony Point, but we think this new format will still allow people to participate, get some exercise, and help us collectively continue the fight against colorectal cancer,” she says. “So if you see people running down the street in their underwear while wearing a superhero cape, don’t call the police. They are just helping us raise awareness.”