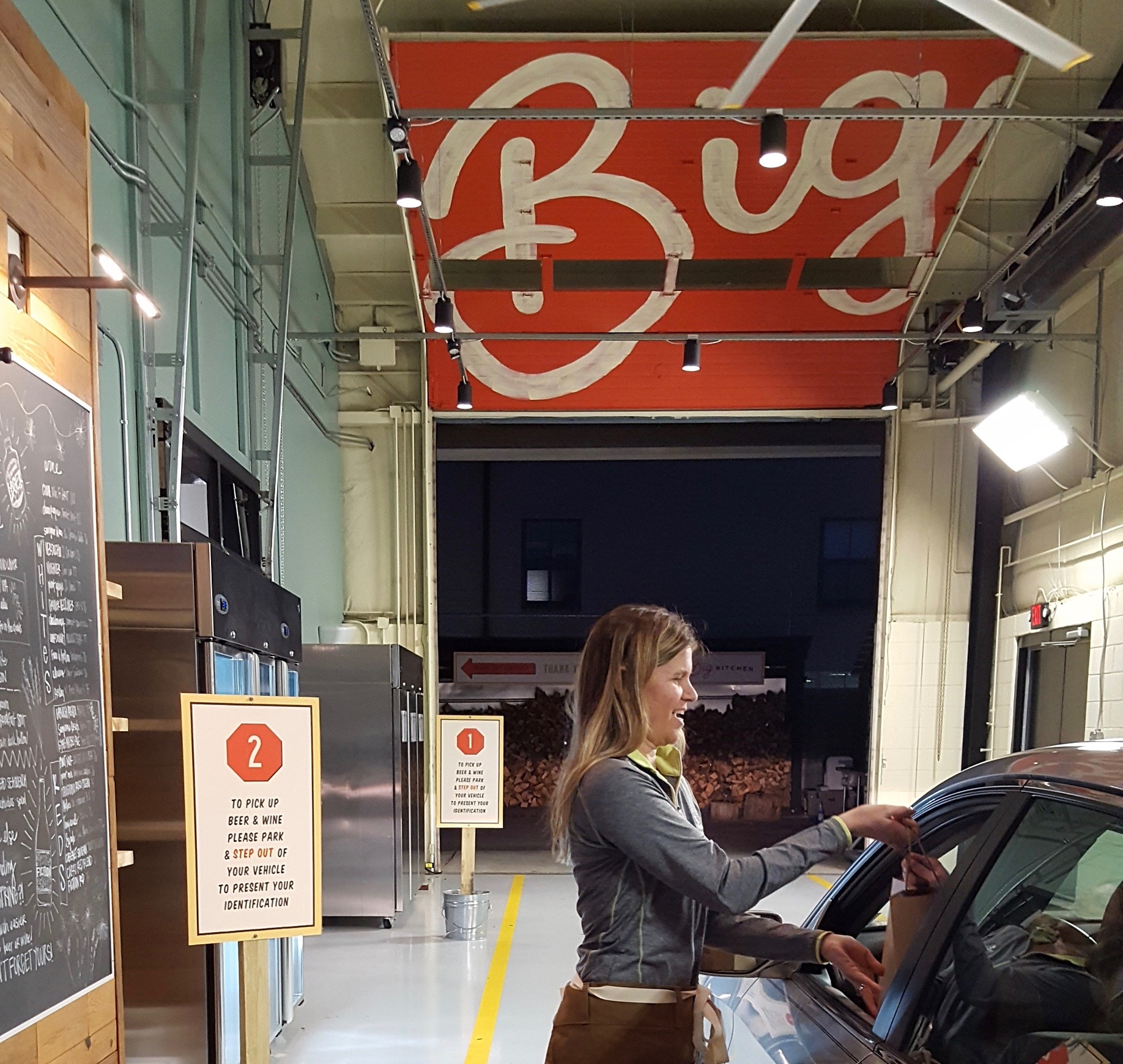 Sustainability isn’t just a buzzword to the owners of Tazza Kitchen and The Big Kitchen. “We are committed to using as much compostable packaging as possible,” says Susan Davenport, co-owner of both businesses. “Eighty to ninety percent of our packaging is compostable.”

Currently, the company is composting all of the organic material (food scraps) of The Big Kitchen where food is prepared for the to-go business, as well as some items for the restaurants. Composting helps reduce greenhouse gas emissions and keeps food scraps out of landfills. “We felt like we wanted to put our money in the more progressive side of composting. We compost over two tons of material, which is a lot,” Davenport says. “We’ve been able to reduce our trash that goes into the landfill by one half.”

Natural Organic Process Enterprises (NOPE) picks up the composting twice a week and takes it to a Virginia DEQ permitted composting facility. “They produce organic material from that,” Davenport says. “We get a certain amount of organic material back from them.”

Davenport and her partners are helping customers join in the restaurants’ sustainability efforts. “If customers bring back their compostable containers, we will compost them,” she says. “We 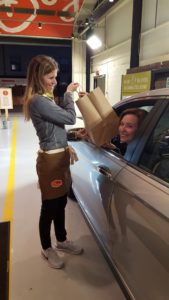 also have learned of Enrich Compost. They do residential composting. They have offered a discount to our customers if they do their composting. The whole thing for us is to reduce our dependence on petroleum-based products.”

Davenport and her partners started The Big Kitchen this year based on a void in the marketplace. “People were asking for this,” Davenport says, adding that The Big Kitchen sells prepared meals to go that are convenient to pick up and easy to reheat. “We know it’s better if you take it home, refrigerate it, and then heat it.”

Everything prepared for Tazza Kitchen and The Big Kitchen is made from scratch. “We have a smokehouse here so we smoke all of our meats as well,” Davenport says.

A second location for The Big Kitchen will open at Tazza Short Pump in April, providing prepared meals. “All ordering and payment will be done online,” Davenport says of the orders. “Once you get here, your order is ready and bagged.”

The goal is to offer heightened convenience and customer service. With that in mind, Davenport says The Big Kitchen will begin delivering orders in April. “We have our own refrigerated vans to deliver the orders. That keeps the food cold.”

Initially, delivery from The Big Kitchen will be within three to five miles of the facility. “We will expand that,” Davenport says.

Customers can order off The Big Kitchen’s extensive menu. “We have the same Tazza favorites as well as new menu items,” Davenport says. “All entrees and sides are made for two people. Salads are enough for two. We always have soups and smoked meats.”

This spring, the company will also start composting efforts at Tazza Kitchen in Short Pump. “We have already started composting at our restaurant in North Carolina. We are rolling it out slowly. It requires a certain amount of training that goes with it,” Davenport says, noting the Tazza restaurants in Scott’s Addition and Alverser Drive will come on board later. “We’ve heard from customers that they really appreciate the composting.”

Being sustainable in packaging, sourcing, composting, and waste management is a learning curve, Davenport adds. “We can always improve on it as best practices change and we try to stay up-to-date. It’s an ongoing learning process.”

To learn more and order dinner, visit The Big Kitchen.