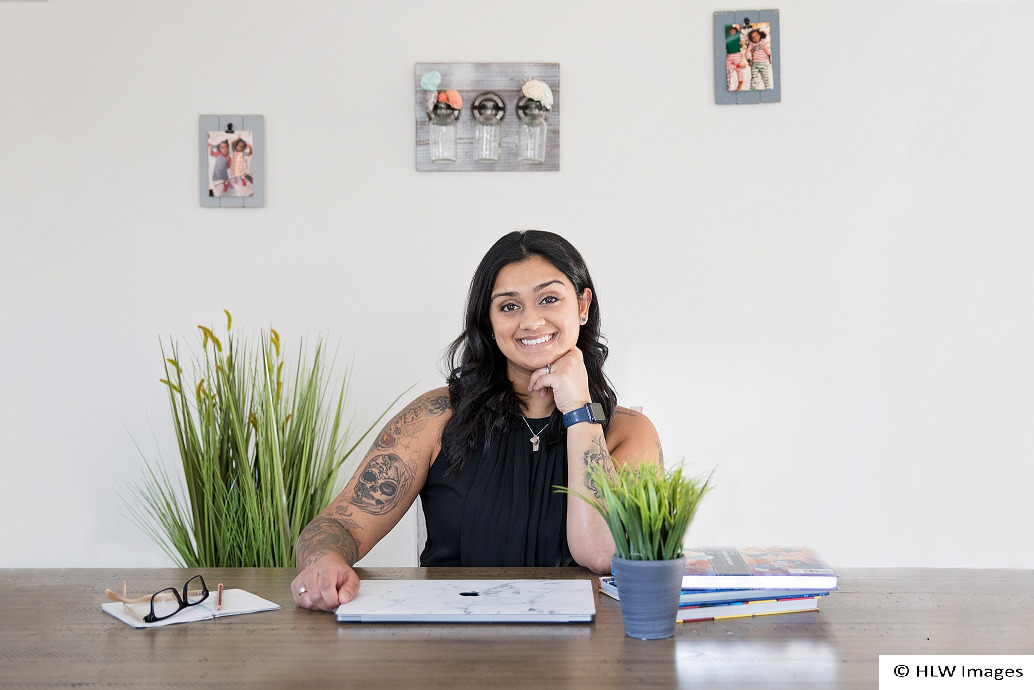 Midlothian resident Hannah Qizilbash discovered her underlying passion of making an impact in the lives of kids when she wrote her first children’s book, The Purple Grasshopper. 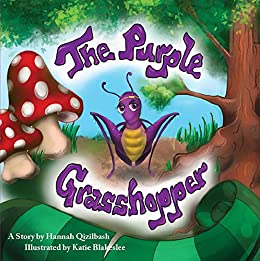 “All of this is a relatively new journey for me,” says Qizilbash, the mother of four-year-old bi-racial twin girls with chronic food-related health conditions.

Since arriving in the United States in 2001 from Pakistan, she has “graduated out of the foster care system, married a woman the day after same-sex marriage was legalized in Virginia, survived years of fertility treatments, in-vitro fertilization complications, and a pregnancy complicatio during my twin pregnancy, all against the backdrop of a healthcare career and concurrent advanced education,” she says. “I am well-versed in adversity and exclusion.”

The idea for her book popped up in the last year after her twins began feeling excluded and isolated because of their health conditions. Qizilbash says other children had also been teasing them about their curly hair. “They were feeling impacted by that and didn’t know how to process it,” Qizilbash says.

One night when they asked her to tell them a bedtime story, she invented the purple grasshopper for them, a mascot to help in the journey of self-love and friendship. After telling them the story, she saw them begin to following the teachings of the grasshopper.

“That’s when it hit me how it [the book] can help others,” she says.

The Purple Grasshopper, for ages three to seven, follows the journey of one young grasshopper as she discovers she is different from her peers. She tries and fails to hide who she truly is because she is surrounded by a community that doesn’t quite understand her.

“She ultimately arrives at a place of self-celebration and friendship,” says Qizilbash, adding it is available in English in print, eBook (English and Spanish), and audiobook formats on Amazon and her website, nodhistories.com.

She started a kickstarter campaign in February to publish the book, and it was fully funded in March. “As a self-published author you are doing it all by yourself. You are writing, marketing, and sourcing illustrations. It’s all you. You are a one-man show,” she says.

Qizilbash wants to use her book to do whatever she can to help promote “representation and diversity,” she says. “I want to bring awareness around different topics.” 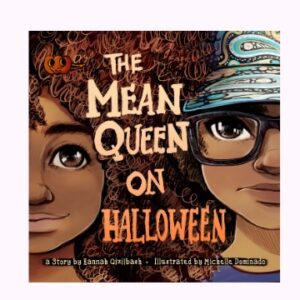 Her company Nodhi Stories (a combination of her daughter’s names Noa and Bodhi) is in the process of publishing her second book this year, The Mean Queen on Halloween, written for 3- to 7-year olds.

Her next release, The Mean Queen on Halloween, features two biracial, curly haired girls who take on anti-bullying and conflict resolution and learn about uplifting others.

“The book showcases strength,” Qizilbash says. “With all of my books I want to do whatever I can to move the needle for inclusion and representation.”

Qizilbash says she is working on a third book, an illustrated food allergy story and cookbook, to help inform families about living with food allergies.