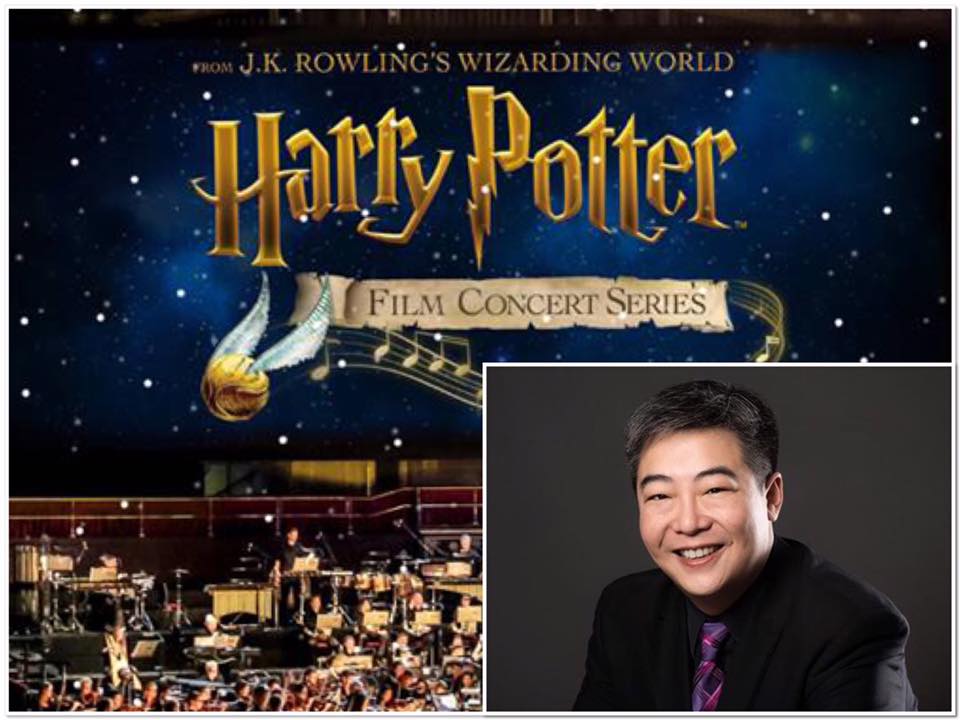 No stranger to the world of Harry Potter, violinist and conductor Shih-Hung Young plans on bringing the young wizard’s world to life when he conducts Harry Potter and the Chamber of Secrets in Concert on Saturday, January 26, at 7:30 p.m., and Sunday, January 27, at 1 p.m., at Altria Theater.

Young and the Richmond Symphony Orchestra will perform John Williams’ score live from the Harry Potter and the Chamber of Secrets while the entire film plays in high-definition on a 40-foot screen. CineConcerts and Warner Bros. Consumer Products started the Harry Potter Film Concert Series in 2016.

“It is my job to perform and represent the music of John Williams and use the music to tell the story,” says Young.

This isn’t the first live-to-projection concert for Young. He’s a conductor for Howard Shore’s Academy Award-winning Lord of the Rings: Live to Projection & Lord of the Rings Symphony as well as Hans Zimmer’s score Gladiator: Live.

This relatively new genre has become a niche for Young. “It requires a different type of skill set,” he says. “You make music with the orchestra, but you still have to be in sync with the film. Lord of the Rings was the first one of this type of show. Mr. Shore wanted to share his Oscar-winning scores with more audiences around the world. Now there are many other projects similar such as Harry Potter.”

Young became interested in music as a child living in Taiwan. “My parents put me through violin and piano studies,” he says. “One of the reasons we immigrated here was so I could continue to study the violin.”

His family came to the U.S. when he was in fifth grade. A couple of years later, he was accepted into The Julliard School’s pre-college program. He went on to receive his bachelor’s and master’s of music degrees from Juilliard and a doctorate of music from State University of New York at Stony Brook. Young has been on faculty of The Juilliard School Pre-College Division since 1995.

He began his career as a professional violinist, working freelance. “I play and tour classically and on Broadway tours,” he says. “I started to do conducting through the Broadway tours.”

He has always had a passion for conducting, but he didn’t consider pursuing it seriously until he finished his master’s degree in 1997. Since then, he has served as associate conductor/concertmaster of the U.S. national tour of The Light in the Piazza and My Fair Lady as well as Radio City’s Rockettes-Christmas Spectacular arena tour.

“I do mostly just conducting these days,” he says. “I don’t have time to perform as much, but I do try to practice the violin especially the part of the piece that I am conducting. I don’t ever ask the orchestra to do something that is not possible.”

Working with Broadway tours has been a humbling experience for Young. “I realized the conductor is not the only one in charge of production. I am a key part. I have to conduct the orchestra and band but for a show to go up and down every night each department has to work together,” he says. “I’ve come to realize the importance of the continuity of a production in terms of performance.”

When it comes to a live projector performance, “I am just part of this magical production,” he adds.

Since he’s been working on the Harry Potter project, his 9-year-old son has become a fan of the series. “Now I’m reliving the magic of Harry Potter all over again,” Young says.

People who experience the live projector performance find it magical and transcending, he adds. “Having the orchestra perform is a very powerful experience. For me, this is a great new way to introduce live symphony music to a greater audience.”