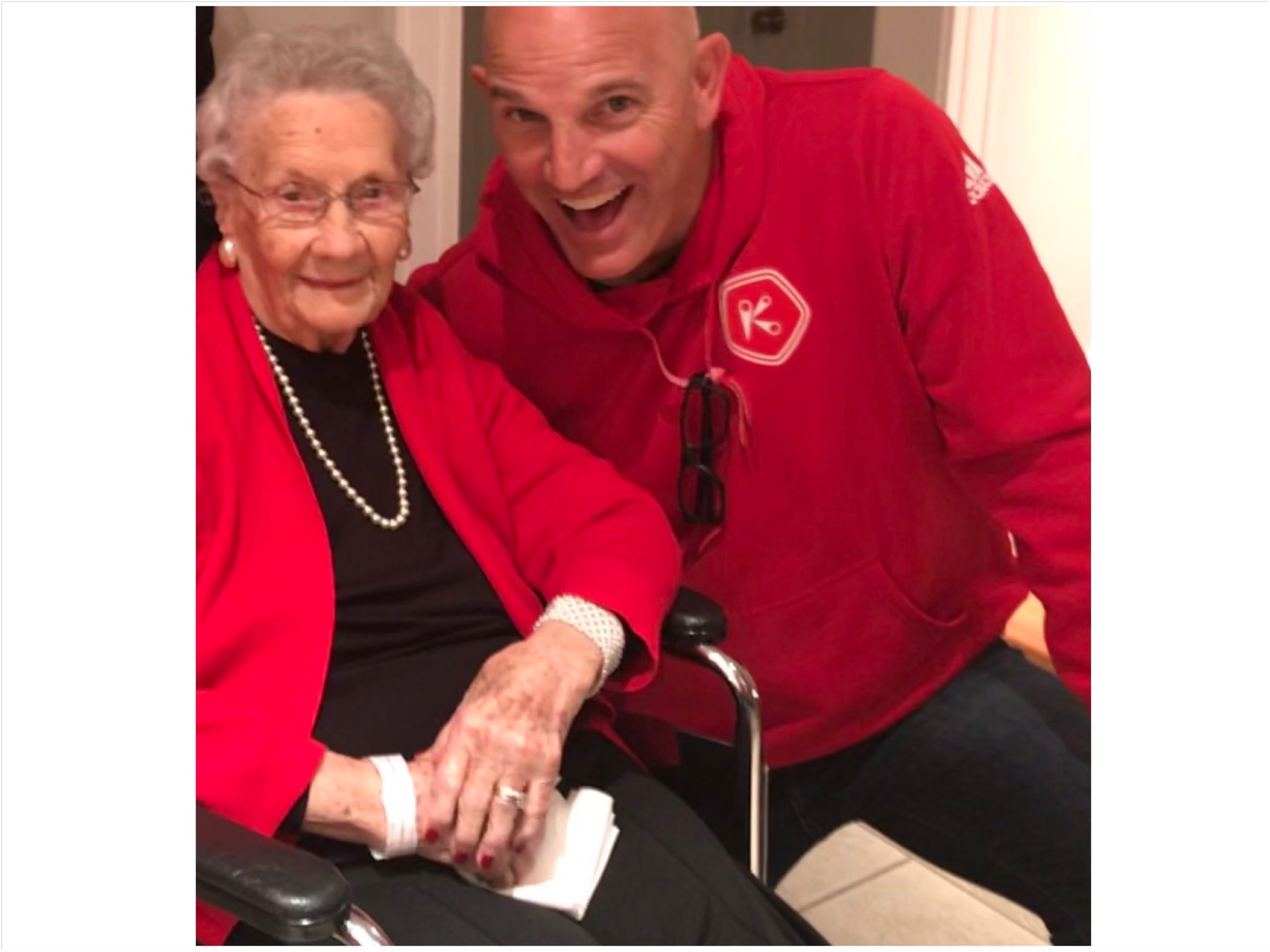 Anyone on LinkedIn knows that 100-year-old GG is one of Rob Ukrop’s and the Richmond Kickers’ biggest fans. GG, the grandmother of Rob’s wife Shannon, appears in videos with Rob promoting the Kickers, which sees the start of its home game season Saturday, April 24.

“It’s almost like she is becoming a Kickers personality. For her it gives her something to look forward to. It energizes her,” says Shannon. “We have a lot of bloopers. We do retakes as long as we have to. It’s hilarious.”

GG isn’t afraid of being the center of attention; she enjoys it, Shannon says. “She’s always asking about the Kickers so Rob said why don’t you help me make a commercial.”

Shannon’s grandmother, Mary Gardner, got the name GG from Shannon and Rob’s son Peyton, now a freshman at Mary Washington. Their daughter, Presley, is a freshman at Collegiate. And yes, both are soccer players. 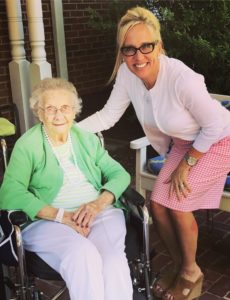 “When Peyton was little, about two years old, he couldn’t say her name so GG stands for great grandma,” Shannon says.

GG lives with the family. Shannon asked her to move in with them after she noticed her grandmother was getting depressed in her nursing home setting. Now that she’s living with the family her “depression has gotten better,” Shannon says. “We joke that she will live to be 105 now. We are still particular and protective of her.”

Rob, who is the chairman of the Kickers Pro Team and coaches youth soccer at the Kickers and for Collegiate, is “over the top positive,” says Shannon.

Shannon spends as much time as she can with GG, but she notices that her grandmother’s face lights up when her husband engages with her. “He tells her jokes and talks about the Kickers. If I need an instant lift for her, I will send him in. She thinks he can do no wrong. She will do anything for him.”

Shannon describes GG as a “firecracker. She’s witty and sarcastic,” she says. “I will ask her to do something and so will my mom, and she will say no. Rob will come in and ask, and she says yes with a smile.”

Shannon says GG and Rob have a very unique, special relationship. “He is engaging and funny and will do anything to make someone feel better. He’s like Big Bird.” 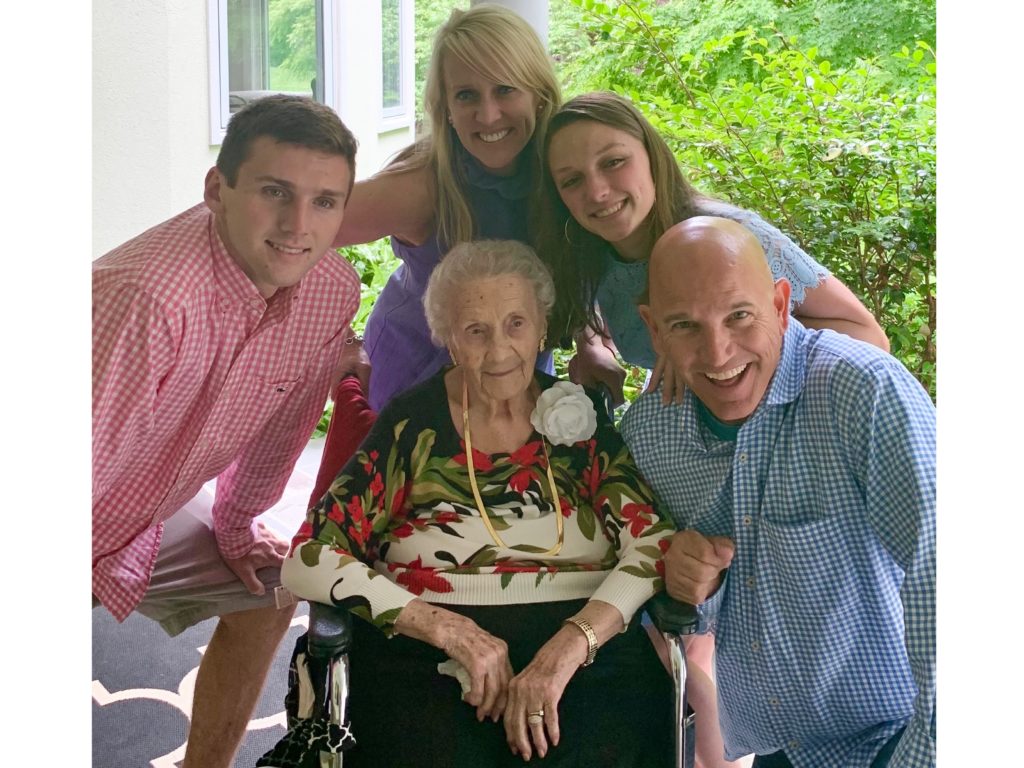