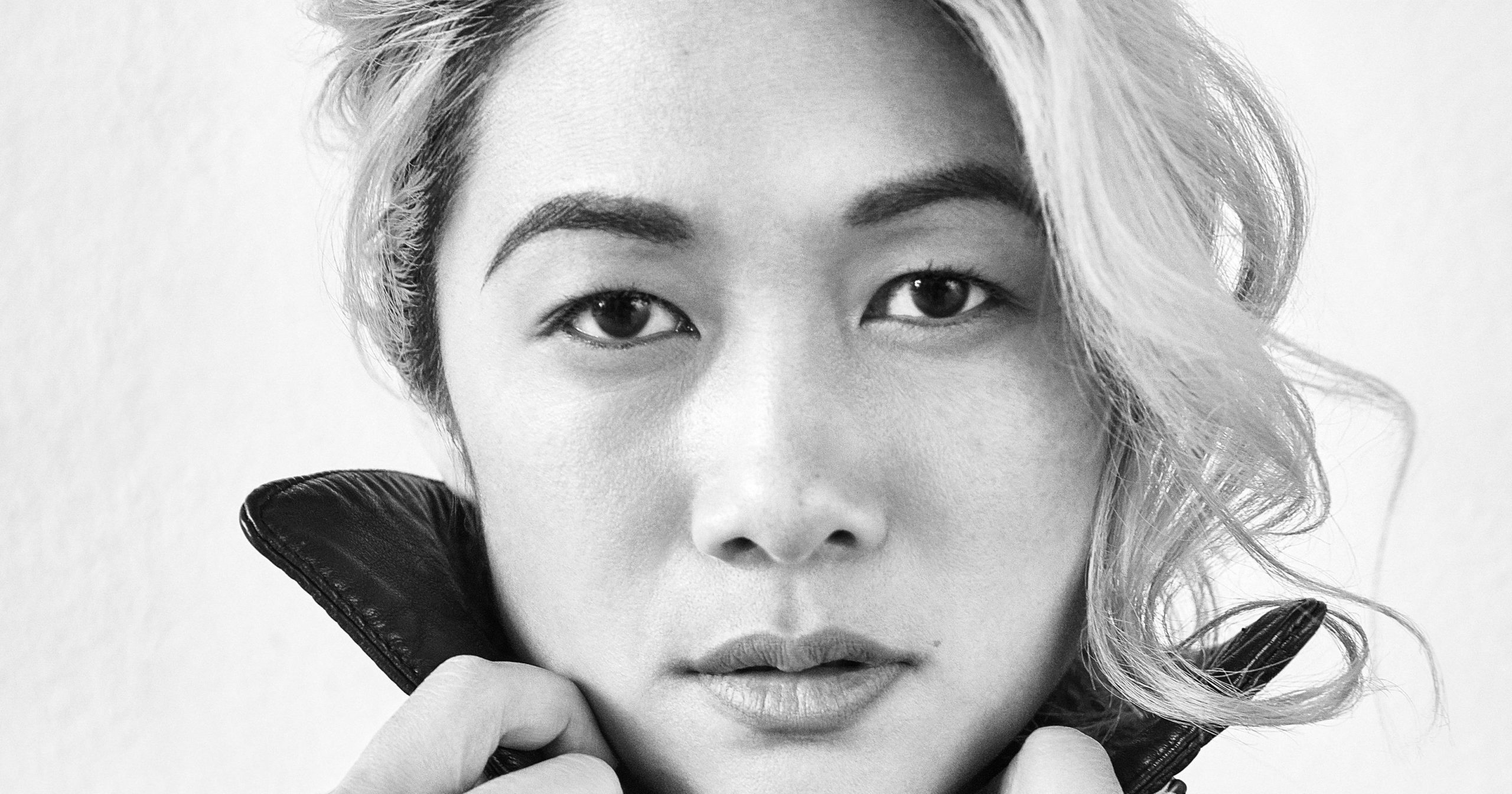 The tears streaming down the cheeks of singer/songwriter MILCK in her video for Quiet are as real as the pain she has experienced in her life. The emotionally charged song has sparked the #ICANTKEEPQUIET movement among women who have been forced to be silent for so many years. It has gotten more than one million views on YouTube.

This Sunday, Richmond audiences will get to see MILCK perform at SPARC’s LIVE ART: FAMILY at Altria Theater.

The idea for Quiet came to MILCK (32-year-old Connie Lim) after she started going to therapy. “It was a work of forgiving myself,” says Lim who wrote the song with Adrianne Gonzalez. “The narrative I had was that I brought shame into my family’s life. I didn’t know how to say no and protect myself. But, maybe, sometimes bad things happen. It’s not indicative that something is wrong with me. I had to reframe my mind.”

Lim spent years blaming herself for a sexual assault she suffered. “Quiet was a time I could breathe,” she says. “It came to me out of a dream – things I wish I could say when I was younger. I woke up and the dream was intense. I talked to Adrianne and told her ‘this is your chorus.’”

Lim wasn’t sure the world wanted to hear her song in 2015 when it was written. But after the presidential election in 2016, she felt she had to become more active in voicing her message. “I am an artist, and I have this song and I am going to release it as my reaction,” she says of the derogatory remarks being made about women at the time.

She bought a ticket to the Women’s March in January 2017 and found a female a cappella group in Washington D. C. that would sing the song with her at the march as a flash mob. “A well-known video director recorded it on the street. A lot of stars retweeted it,” she says.

She released the sheet music and a few weeks later a flash mob of thousands of women “around the world started singing the song, “The #ICANTKEEPQUIET movement blossomed. It’s starting to resurge now with abortion laws,” Lim says.

A California native, Lim has been singing ever since she was three. She started exploring operatic singing at the age of seven. “My dad found me both a piano and singing teacher – a husband and wife team. They had a great love that inspired me,” she says.

Her piano teacher taught her how to write down melodies when she was seven – the same year she wrote her first composition. “I became aware that kids don’t have access to food and they are hungry,” she says of her first song. “Looking back, it’s so interesting. I think I am that same songwriter today for better or worse. Sometimes being an artist singing about social change in a commercial world can be an obstacle.”

By the time she was sixteen, Lim was writing pop songs. “I realized I could play and sing at the same time and my whole life changed,” she says.

Growing up in a conservative family, she was encouraged to go to college to become a doctor or lawyer. “I went to the University of California Berkeley to do, that and try to please my family. My father was so happy,” she says, adding there had been a lot of tension in her family growing up.

It was in college that she realized music was not just a passing phase. After graduating, she began playing in small coffee shops and eventually working the Hollywood circuit. “That became a hamster wheel for me. It felt like a chore for everyone that was involved,” she says.

She decided to take a step back and started focusing and harnessing the art of songwriting. She wrote with other songwriters and eventually began writing music for television and film. “I loved that because it was dramatic and emotional,” she says of the cinematic music that complements the scenes of the show.

During the next three years, she wrote music for shows such as Luciferand The Royals. “I gained confidence but I didn’t believe in myself,” she says. 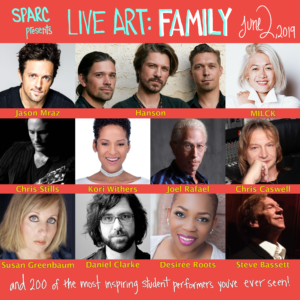 After Quiet went viral, her focus changed. “It was a crazy ride,” she says, noting she released an EP last year and is currently working on a new EP.

She signed with Atlantic Records and opened for Grammy winner, singer/songwriter Jason Mraz. “He is a great north star in my life,” she says. “He’s a great example of a genuine artist who is great at his craft. He has amazing content for people. He’s able to keep his spiritual values intact.”

Mraz (LIVE ART artistic advisor) told Lim about the concept for LIVE ART, talking about the collaboration with the kids and staff. “My favorite things are collaboration and performance,” says Lim. “It’s important for me to continue to expose myself to communities that are trying to empower their kids. I think being on stage together and getting kids to see how they interpret the music I have created is a gift.”

Lim jumped at the chance to perform in LIVE ART: FAMILY. “It’s like soul food,” she says. “It’s a meaningful time. There is so much go – go – go. It’s important to slow down and see the beauty of life. I’m sure I will be a hot mess just crying. Jason works for love and bringing people together and this is the perfect manifestation of that.” 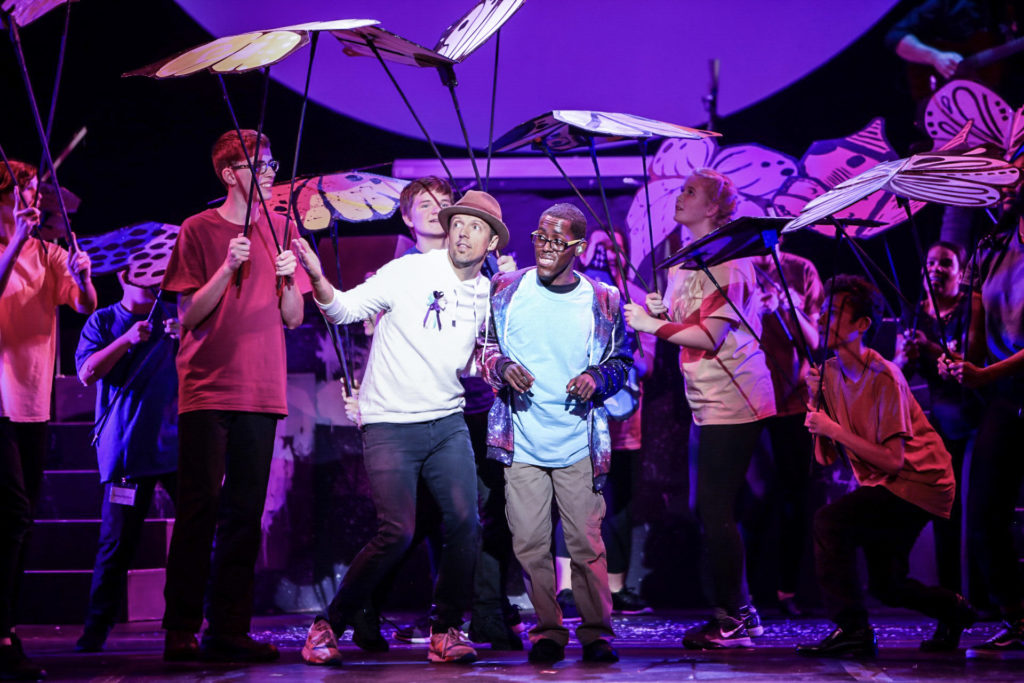