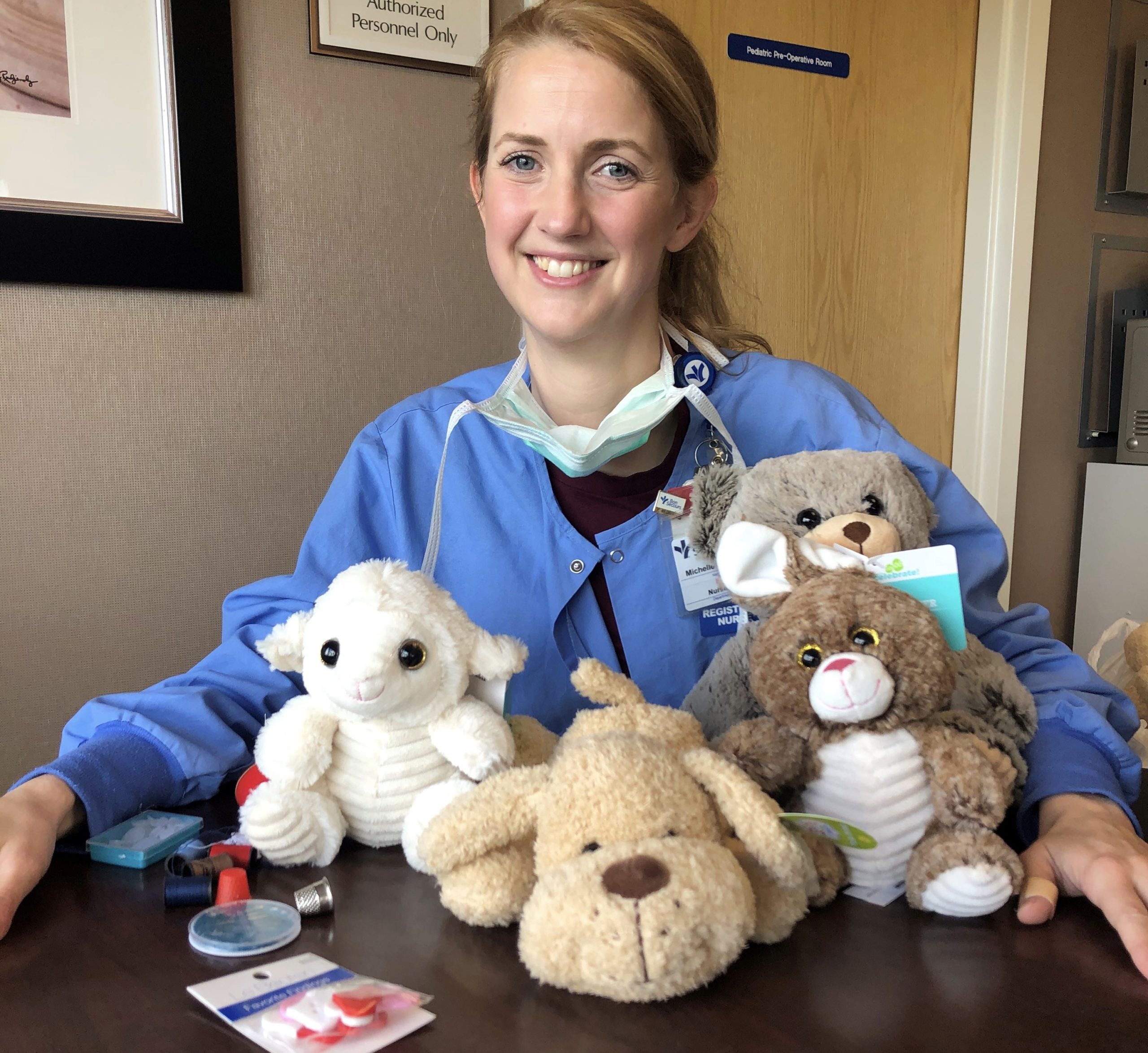 Registered nurse Michelle Vaughan was deeply saddened when COVID-19 restrictions regarding family visitations went into effect in the critical care unit at Bon Secours St. Mary’s Hospital. Vaughan, who works in the ICU, could see how heartbreaking it was for families not to be with their gravely ill loved one.

“We are used to seeing families and that gives us relief because we know the patient is being supported,” she says.

When families are told they can’t physically be in the ICU they understand, but Vaughan can see how it affects them emotionally. “You can hear the heartbreak in their voices,” she says. “They are the only ones who can portray that support and it’s impossible now. As nurses we were also heartbroken.” 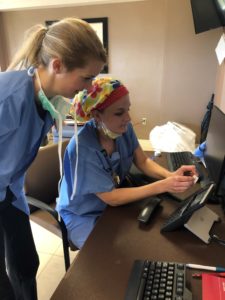 The idea to create Be There Bears (stuffed animals that contain voice recordings of family members) came to Vaughan after she left the hospital one night when she had to inform a patient’s family member that the family couldn’t be with their loved one in her last hours.

“It was gut wrenching for him knowing he couldn’t see her and give support,” says Vaughan, who was also experiencing the same emotion. “I felt like we could do better, and I starting thinking.”

While the idea of creating the bears came to her quickly, the process of turning the idea into action was difficult to figure out. Issues like privacy and exposure risk came into play. Vaughan reached out to her clinical care lead and her manager and the three started working on a plan.

“It was like lightning. We all said let’s figure this out,” she says. “It was a huge team effort. There was no way we could have done this without everyone on board to get that comfort to our patients.”

Vaughan wanted to connect families and their loved ones in the ICU because she has seen the benefits of those connections. “When patients are unconscious just hearing a family member talk affects the outcome,” she says. “If we can give them that same feeling and hope and the drive to survive, maybe we can get them through this.”

Her idea was to bring stuffed bears into the ICU so patients could touch the bears and hear the recordings. “It gives them something to hug on if they start to wake up,” Vaughan says. “Having something to cuddle with would be beneficial to them.”

Before putting the plan into action, Vaughan did a test run with her family. She and her husband recorded a message through the phone, put the recording into a bear, and gave it to her children. And it worked.

At first, Vaughan was buying the bears on her own, but when the project started taking off, “the hospital asked if I wanted them to pay for the bears,” she says.

Once the project began and Vaughan had the bears delivered directly to the hospital, the voices and messages of family members were then recorded on the recording device inside the bears. When bears are scarce. other stuffed animals are used.

A small heart button is placed on the stuffed animal that nurses can push every time they go to the patient’s bedside. “Sometimes we put it next to their ears or into their arms,” Vaughan says. “The recording is very clear. The messages are replayed over and over so the patient can feel the family’s presence and hear their voices.”

The bears give the nurses a sense of relief because they know their patients are hearing uplifting messages from people they love. “They will tell their loved one we love you, we are here for you. Some people say a prayer,” Vaughan says.

Since she started handing out the bears, Vaughan has given out dozens of stuffed animals. “As humans, we have that basic need for connection and this is our way to have some connection with the family as well,” Vaughan says. “I would rather have that connection and have the patient hear it, because it’s so incredibly important to healing and it’s important for us as well.”

The pandemic has been very taxing on the nurses, especially those working directly with COVID-19 patients. “We have a particular set of skills and we know what to do with those skills,” Vaughan says. “The hard part is navigating the emotions and that feeling of not having the connection with families. The nurses are so happy to have that connection and know the family member is being heard.”

She is hopeful that even after the pandemic is over the hospital can continue the Be There Bears project. “I think we are realizing that this isn’t only COVID related. There are many situations in which families can’t be at the hospital 24/7. “Knowing when they leave they are still being heard is comforting,” she says.

Response to a post about Be There Bears on social media has been overwhelming, Vaughan says. “We’ve had messages from all over the country. We’ve been contacted by a couple of hospital systems,” she says. “It’s amazing how quickly people are taking to this and want to try it themselves.”