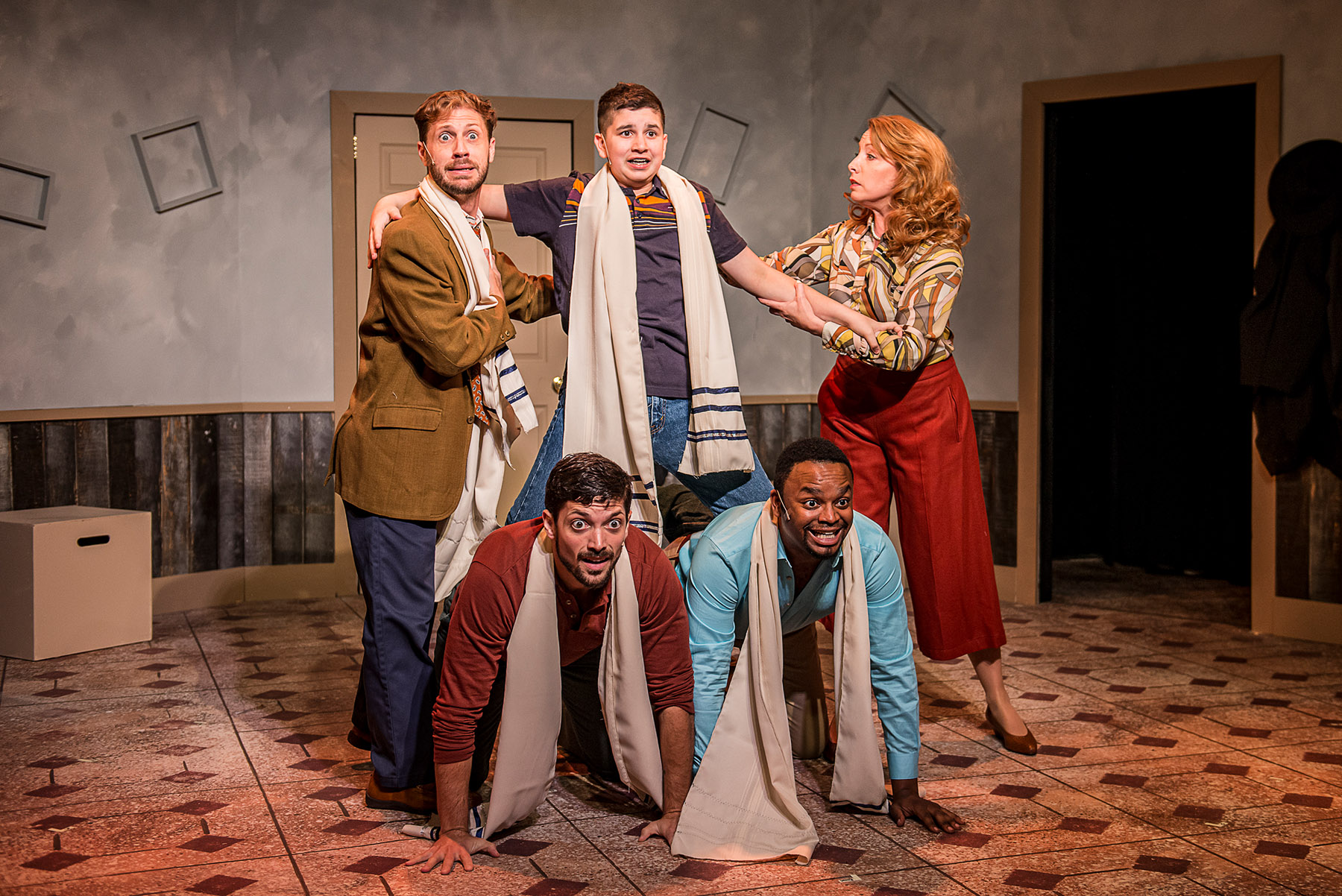 The adage “persistence pays off” rang true for Phil Crosby when he finally got the go-ahead for Richmond Triangle Players to produce the Tony Award-winning musical Falsettos.

“It was something we were looking at and wanted to do five or six years ago,” says Crosby, Triangle’s executive director. “We were waiting for the Broadway revival to happen and the tour to close before they could release the rights. But, we were able to secure the rights before the tour closed.”

The musical, which premiered on Broadway in 1992, combines two one-act plays, March of the Falsettos and Falsettoland. It revolves around the life of a charming, intelligent, neurotic gay man named Marvin, his ex-wife Trina, his lover Whizzer, his about-to-be-Bar-Mitzvahed son Jason, their psychiatrist Mendel, and the lesbian couple, Charlotte and Cordelia, next door.

The show is a perfect fit for Triangle, Crosby says. “It’s a common story for someone to be married and have a child and then come out as a gay person.”

Crosby was determined the show would be as authentic as possible and that’s why it was important to him to have Debra Clinton direct and choreograph the production. “As much as the piece is about gay folks it’s almost as much about Jewish folks,” he says. “We felt it was important to have someone that represents that culture directing with an authentic voice. Debra brought that.”

Clinton feels a personal connection to the play because of her Jewish heritage and the fact that she’s lived in New York as a theater person. “I felt like I knew these people well,” she says. I knew the world of the play really well culturally. It’s dynamic, very New York, and very culturally specific.”

The show is iconic and important as well as relevant, she adds. “It was really challenging and I have learned from it. I’ve learned how to listen to people and learn from other actors. We went to emotional places together. You get emotionally invested in the characters.”

Even though each of the two acts has a different feel, the play has a certain rhythm and dynamic. “You have to find a way to move it along and find the connection in a way it makes sense,” Clinton says. “It’s some of the most difficult material ever written for musical theater. The two hour show is completely sung.”

The music is difficult and the lyrics are tricky, Crosby adds. “It’s a hard marathon for all the cast members.”

The actors have felt an “enormous responsibility to do the play justice,” Clinton says. “When I heard the audience reaction on opening night, I knew it was working.”

To see what’s next at Richmond Triangle Players in Scott’s addition, go here.