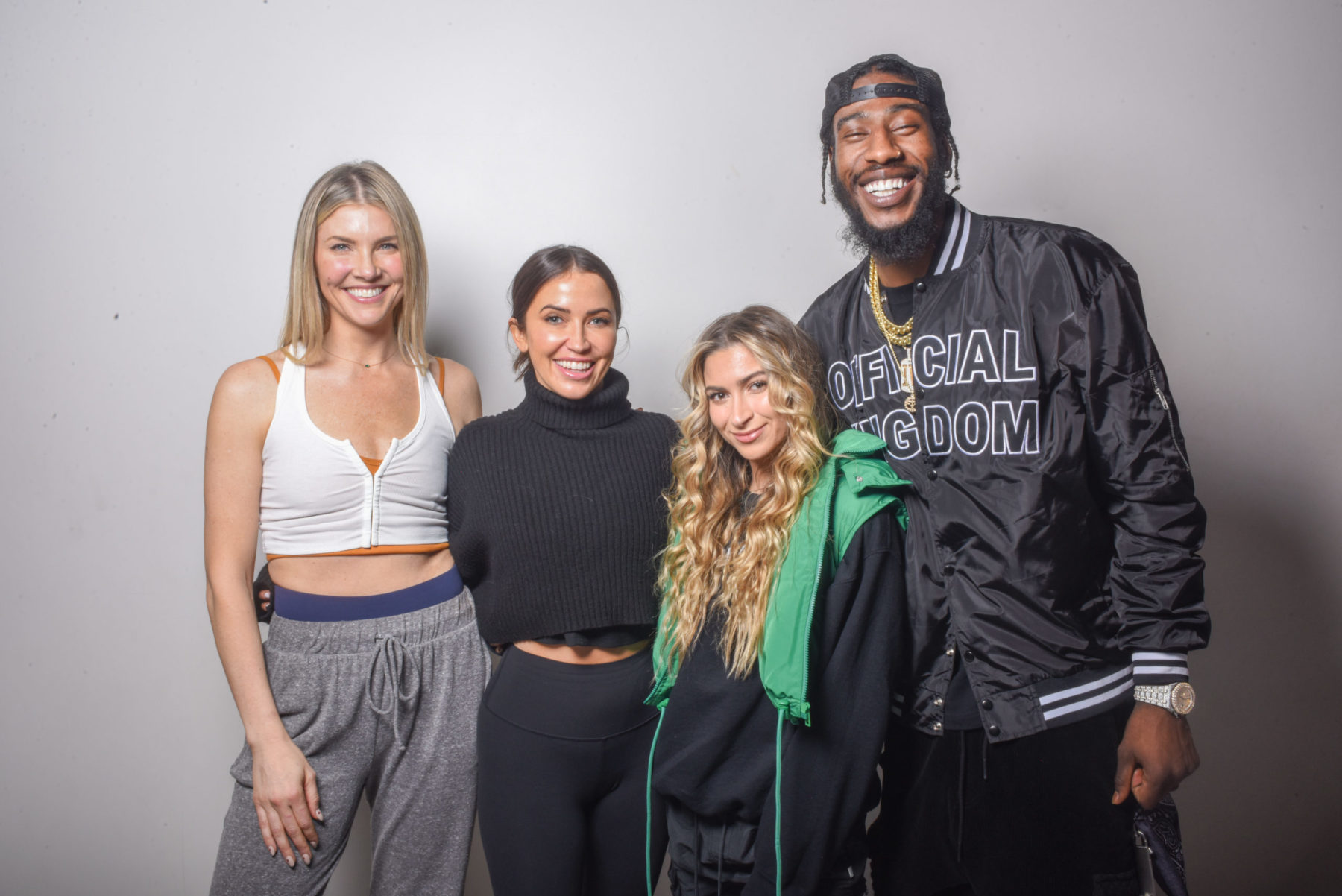 When Season 30 of Dancing with the Stars started on ABC this year, professional dancer Daniella Karagach wasn’t sure how far she and her celebrity partner, NBA superstar Iman Shumpert would make it on the show. But the unlikely pair — she’s 5 foot 3 inches and he is 6 foot 5 inches — were crowned the season’s mirrorball trophy winners during the show’s finale.

Now the two will both perform on opening night of the Dancing with the Stars – Dare to Be Different tour, here in Richmond on January 7 at Altria Theater.

Former DWTS champion Kaitlyn Bristowe will be heading up the tour and country singer Jimmie Allen will appear in select shows — yes, he will be here in Richmond!

From the Small Screen to the Stage

The show continues its legacy of performing show-stopping routines from the TV show, alongside new numbers choreographed specifically for the live show, ranging from time-honored dances like the quickstep and foxtrot to sizzling Latin styles like the cha cha, salsa, and tango.

Working with Shumpert was fun for Karagach. “There were so many challenges thrown at us, including the height difference and choreography,” Karagach says. “A lot of people had their doubts, including me. It was challenging, but in the best way possible.”

Shumpert and Karagach performed a variety of dances on the show with some hair-raising lifts. But Karagach never doubted Shumpert’s ability to catch her. “It helps that he is so coordinated and has reflexes that are so fast,” she says.

It also helps that Shumpert has two little girls that he, like other dads, lift in the air. “I knew if I fell, this guy would catch me,” Karagach says of Shumpert. “In the three months that we danced together, I did not fall once. Not one time did he left me fall. I do have a lot of trust.”

The pair’s freestyle dance on the last night of competition was one of the best ever performed on the show. Shumpert wanted the dance to focus on Chicago — he hails from Oak Park, near Chicago.

“We wanted to represent Chicago as best as possible,” Karagach says. “Iman is all Chicago. I wanted to dive into the culture with him.”

The dance was a huge group effort, she adds. “We needed a fun energy and atmosphere and everyone came together as one.”

During the Richmond show — the opening show of the three-month long tour — Karagach expects some minor adjustments throughout the night. “The first show is always the hardest,” she says. “There’s a lot of adrenaline in your body. We do our best, but things happen. The first show is the most fun because you never really know how it’s going to go.”

Season 29 Mirrorball champion Kaitlyn Bristowe, who serves as host of the 2022 tour, says that winning DWTS was a surreal experience for her. “I was so proud of myself. It’s the hardest I have ever worked in my life. It made it so rewarding to win,” she says. “If you had told me when I was twelve I would be going on tour and dancing in different cities with professionals, I would say that is my dream.”

A former Bachelorette and now co-host of The Bachelorette, Bristowe grew up dancing ballet and jazz. “My mom is a professional ballerina. Dance has been a part of my life,” she says. “Dancing does something that my soul lights it on fire. Anytime I get the opportunity to dance I would.”

Being able to host and dance on the tour is exciting, she adds. “It’s such an incredible opportunity.”

Both Bristowe and Karagach are looking forward to connecting with their fans during the tour.

“I love meeting our fans in person,” Karagach says. “They are so supportive and loving. Hearing our names being screamed out and seeing how much they love us and support us is really cool.”