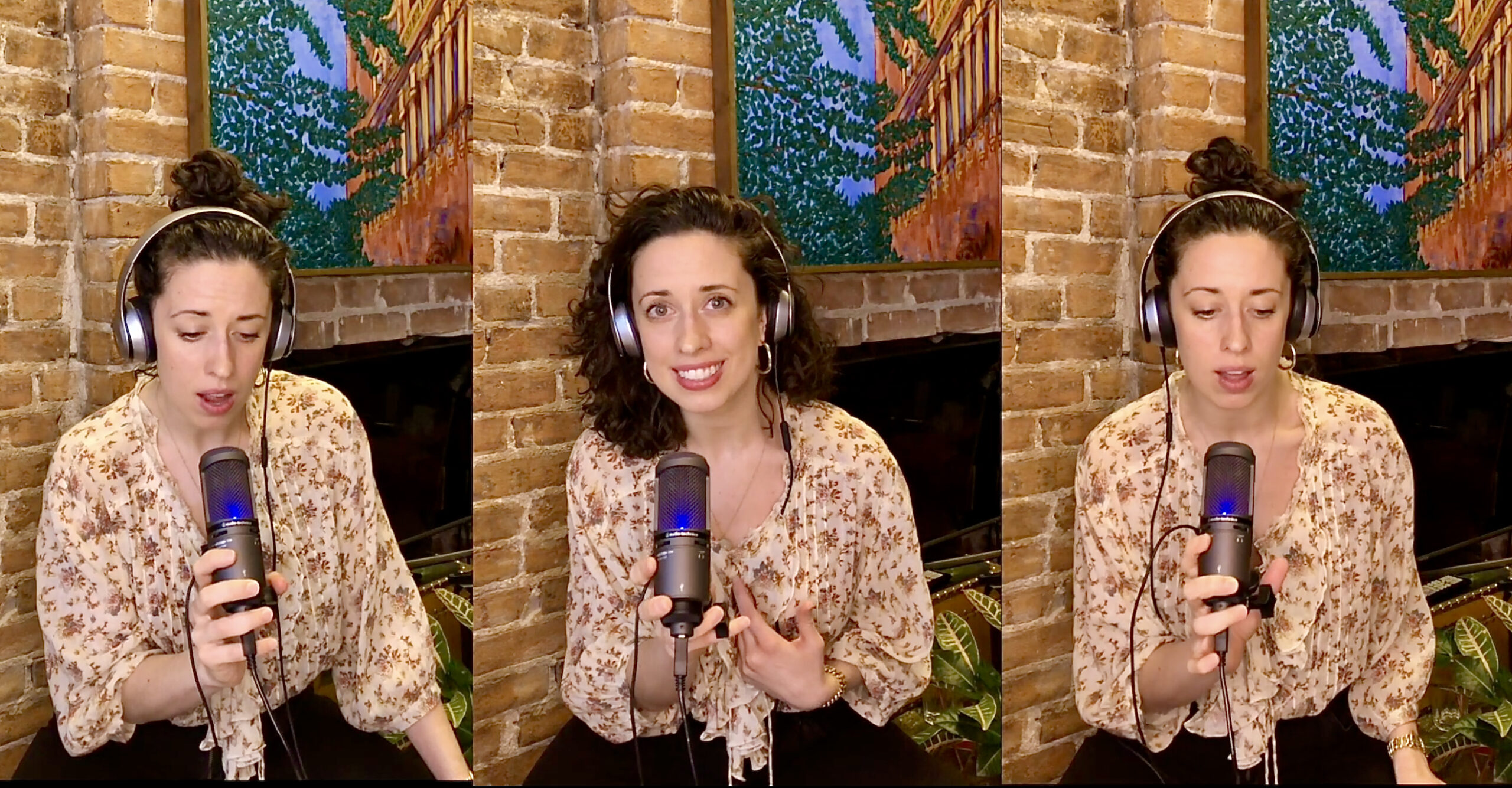 Broadway performer Mary Page Nance is thrilled to be back in her home city. She’ll share her talents and glimpses of her life and career in the kickoff of Richmond Performing Arts Alliance’s 2022-23 Legends on Grace: Nightcaps & Stories season at Rhythm Hall at Dominion Energy Center. The performance, which Scott Wichmann will host, is slated for Saturday, September 17, at eight o’clock.

“Richmond is a big part of who I am,” says Nance, who is a Broadway actor and director/choreographer. 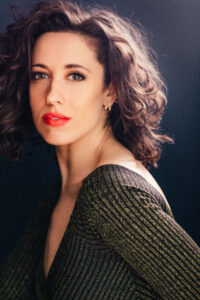 Nance was in the original Broadway casts of Finding Neverland and Natasha, Pierre & The Great Comet of 1812. She was also in the first national tour of Bright Star. She is currently performing in a pre-Broadway engagement of A Beautiful Noise, The Neil Diamond Musical. She also teaches Broadway Master Classes in Richmond and all over the world and believes wholeheartedly in the positive effects of arts education.

It All Started in Richmond

Nance was in her first professional show at Swift Creek Mill Theatre when she was nine years old. Locally, she has appeared in shows in a number of theaters, including Virginia Rep.

“Richmond is what helped shape me and how my career has gone,” she says.

Nance left Richmond to get a bachelor’s degree of fine arts in modern dance from State University of New York at Purchase’s Conservatory of Dance. Her interest in musical theater heightened when she, while still in SUNY Purchase, went to see the revival of A Chorus Line on Broadway.

“I saw it and thought, ‘I can do that.’ When I graduated, I focused on succeeding in New York,” she says. “I was always torn between dance and musical theater.”

The first job she landed after college was a production of A Chorus Line in New Hampshire.

“That changed my life,” she says. “Doing that show makes you think about who you are as a person and artist. I realized I wanted to do musical theater and acting. From that moment on, I stopped pursuing modern dance and started doing musical theater. I told the universe and got some traction in the industry.”

The first time she stepped out on the Broadway stage was amazing, says Nance, who now lives in New York City.

“There isn’t anything like it. In a way it feels like any stage you have been on where the lights are on you. But, there’s something about being in New York City and being at the highest level with the best costumes, lighting, etc. There’s nothing like the energy of Broadway.”

Teaming up with Scott Wichmann

Nance is excited about having artist and producer Scott Wichmann host her Legends on Grace performance.

“I grew up watching Scott doing shows and seeing how excellent he is,” she says. “We did Guys and Dolls at Virginia Rep together when I was nineteen. He’s been a mentor for me since then. He’s been there for me throughout my life and career. It’s really cool to have him there with me.”

Wichmann remembers his early impression of Nance when he was teaching an early improv class at SPARC. “She was a funny kid like Carol Burnett,” he says. “She was part of a core group of SPARC all-star kids that have all gone on to do incredible things.”

He was impressed with her talent once again when he was in Virginia Rep’s Guys and Dolls in the early 2000s. “She lit up the stage every time she would do these small bits,” he says. “She is a kindred spirit. She’s like my little sister.”

Wichmann feels honored to be hosting the evening with Nance. As part of the unique format of the performance, he will with her about how she got her start in Richmond and how she navigates her career.

“I am interested in hearing the Broadway performer’s point of view. I want to know what it’s like when she stepped into her dreams,” he says.

Nance will sing several songs from shows she’s been in as well as songs she personally likes.

“I’ve never had a platform to perform and talk about my life,” she says. “These are songs that have been a thread through my life. There are some songs that relate to my life growing up in Richmond and there will be one or two surprises. I can’t do anything that is expected. I hope it will be fun for people and keep them on their toes.”

In addition to professional highlights, Nance and Wichmann will also take time to talk about how the performer is raising awareness about endometriosis, a chronic disease that affects one in ten women and one that she was diagnosed with about five years ago.

“The disease, which involves multiple organs, is severely under researched and under supported,” she says. “You end up getting passed around from doctor to doctor. You can get misdiagnosed.”

Nance, who went to different doctors about her symptoms, didn’t hear the word endometriosis until her pain landed her in the hospital. “If I can prevent one woman from going through the pain, then I have to talk about it,”she says. “Talking about it can change lives. I’ve made talking about it part of my life purpose.”

The procedure for endometriosis is considered an elective operation so insurance companies don’t cover the approximately $20,000 procedure.

“It’s a tremendous expense,” she says. “I lost health insurance for a couple of years. I launched a go fund me campaign. I raised all that I needed in hours from my community in the theater industry, people who worked with me years ago, strangers who are fans, school friends, etc.”

Knowing that the bill was paid in full was a huge relief for her.

“I get choked up about it,” she says. “It’s been the most overwhelming experience in my life.”

For information about the Legends on Grace season, go here.

For tickets and more information about the 2022-23 season of Legends on Grace at Rhythm Hall at Dominion Energy Center, go here. 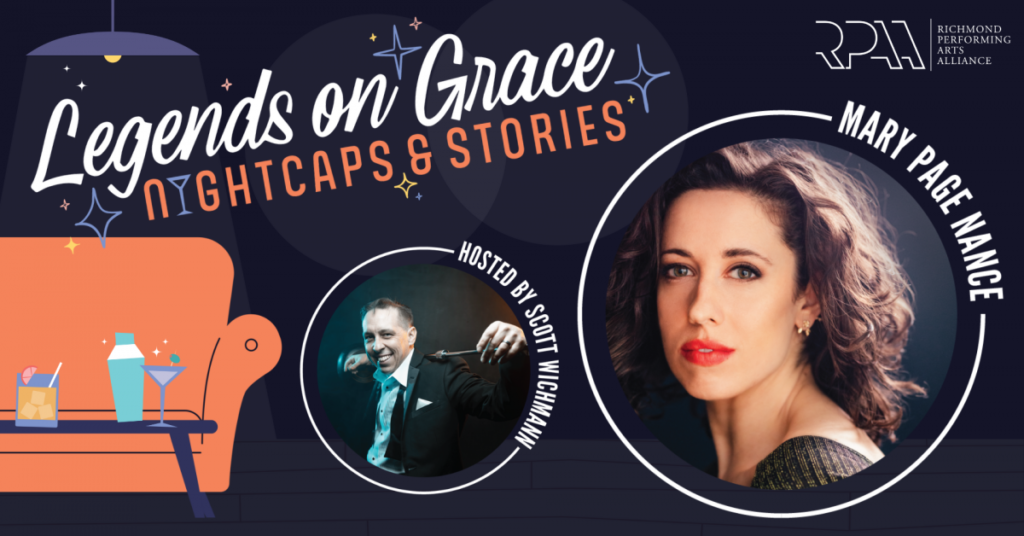