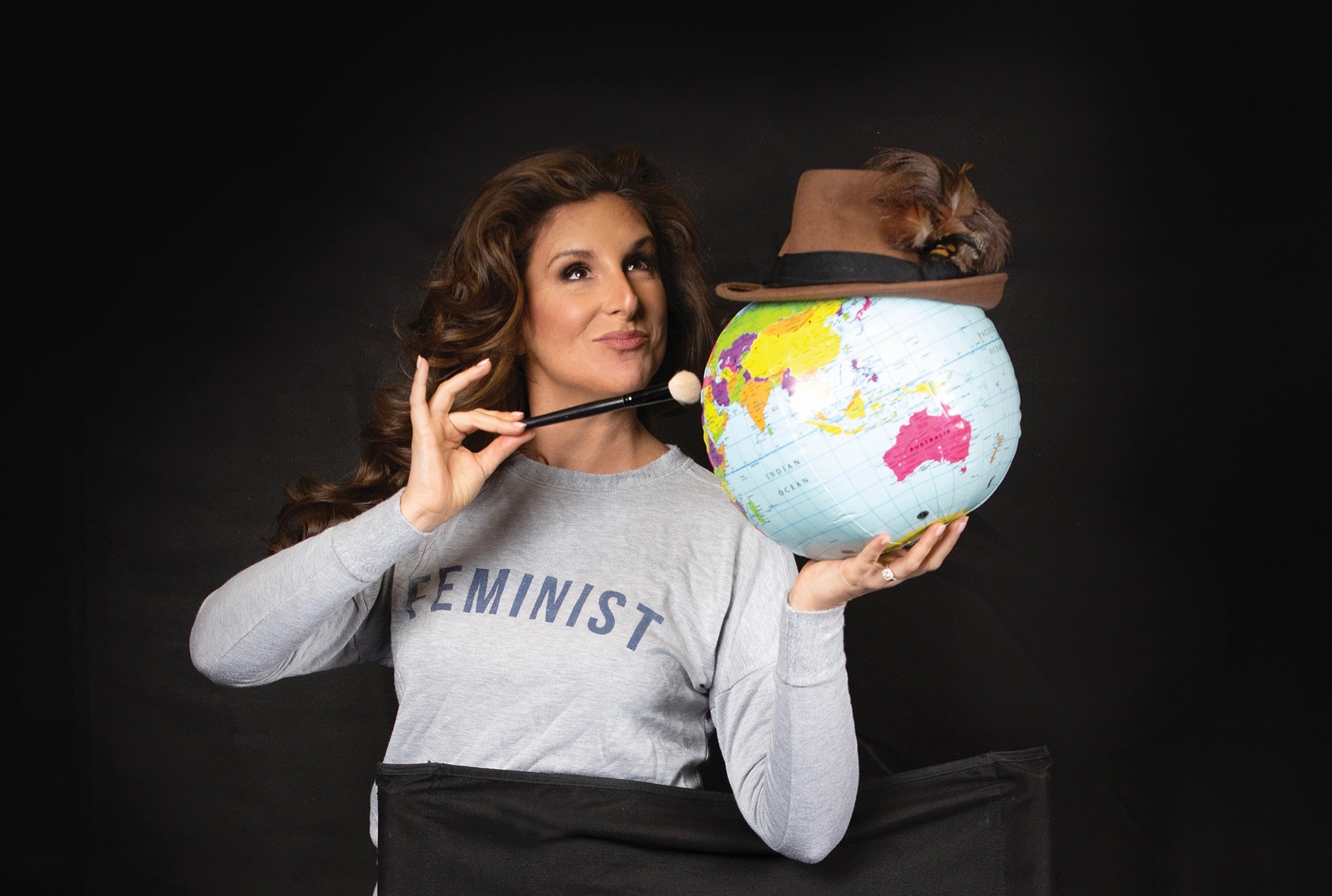 Inspiration comes from many sources. In the case of Eva DeVirgilis, the spark that led to the creation of her new one-woman show, In My Chair, started with a simple-but-profound makeup chair. It led her on a journey of soul searching, self-reflection and conversations with women around the world.

She realized several years ago while working as a part-time makeup artist for Saks Fifth Avenue in New York City that she, like the women in her chair, would apologize for the way they looked. An actor, playwright, global speaker, and activist for self-acceptance and female empowerment, DeVirgilis later created a talk about her chair and self-empowerment for TEDxRVAwoman. It went viral.

The response she received after the talk prompted her to approach Virginia Rep about the idea of her one-woman show. “After the TED talk, thousands of women reached out to me,” she says. “All of these stories were coming into me. It was a gift of stories.”

The response from Virginia Rep was positive, and she subsequently traveled the world, talking to women with her chair by her side. “This process was supported by Nathaniel Shaw (Virginia Rep’s artistic director) and Virginia Rep’s new play development initiative, which brings new voices into the world of theater,” she says, noting only 20 to 30 percent of all the plays produced in regional theaters are the work of females.

Shaw told DeVirgilis to immerse herself in the experience of writing the show. Enthused by the suggestion, she completed an artistic residency at Tofte Lake Center in Minnesota before accepting a play space grant at The Lark theater in New York City with director Lisa Rothe. “I was able to get support and collaborate with so many incredible people,” she says. “They believed in me. Nathaniel believed in me. He is a visionary.”

Over the last eighteen months as she has been writing the show, there have been a lot of sleepless nights, writing courses, and “pushing through the fear,” she says.

She has drawn on her own experiences and her research about identity and why she is the way she is, especially when it comes to the perception that women harbor about the importance of beauty. It’s a perception fueled by films, television, magazines, and advertising.

She’s looked at the biological, sociological, and psychological reasons why beauty standards can be challenging for women. “Where does it come from? Why am I so hard on myself? Why do I feel there is something wrong with me,” she says of the questions she and other women often ask themselves.

She is writing her show at a time when changes regarding women are happening on a national platform. “I could rewrite this show on a daily basis,” she says. “We have the Women’s March, the #MeToo Movement, the Times Up movement, and the Kavanaugh hearings. It’s surreal to experience it and get it on paper. It’s quite a challenge. I could write ten different scripts. It’s kind of maddening, but wonderful that we are discussing this.”

She believes women’s voices are being heard. Women are standing up for sisterhood and “men are getting in on the discussion,” she says.

If it’s one thing she has learned in this process, it’s that she has to articulate her needs “in a clear, strong voice,” she says. “I have to speak up for myself and for what I believe. The toughest thing is to speak up even though the direction is not clear. But, you have to keep forging a path and speaking up. When you take that leap, women will be there to catch you.”

In My Chair will have its world premiere run beginning March 2 at Virginia Rep’s Theatre Gym. The show is co-produced by Virginia Rep and Cadence Theatre Company.

“I am eternally grateful to Cadence and artistic and managing director Anna Johnson for believing and supporting this project,” she says. “These are stories that need to be told. They are so relevant and so important.”