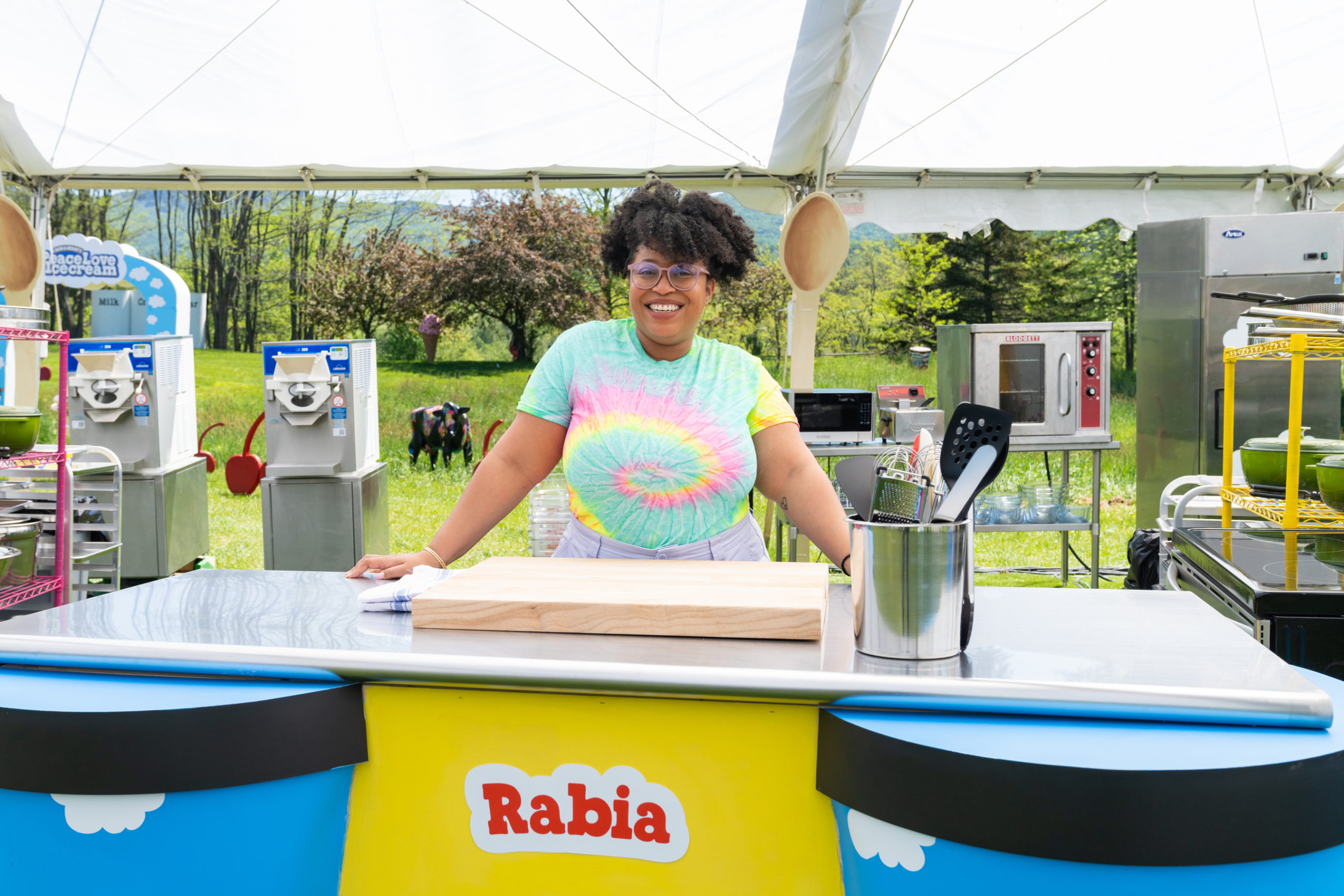 Winning a Food Network show is a great boost for business. Just ask Rabia Kamara who has seen the lines at her ice cream shop Ruby Scoops steadily increase after she won Ben & Jerry’s: Clash of the Cones.

On the show, which shot on the Ben & Jerry factory grounds in Waterbury, Vermont, during the heat of the summer, six ice cream masters from across the country were handpicked to create an original Ben & Jerry’s ice cream flavor. Each week, they had to create a new flavor of ice cream that captured the spirit of a celebrity or pop culture icon.

“I had a great time. It was fun,” says Kamara, a Virginia Commonwealth University graduate. “We had long, long days.”

The pressure of the contest was different than the daily pressure at her shop because there was a monetary grand prize at stake, $20,000 to be exact.

“You have three hours to make the ice cream. In a typical world, you have one to three days because of the process so you can envelope all the flavors,” she says. “For me, the minute I was given the challenge, the gears started moving. By the time I started, I had an idea of what I was making.”

Since winning the show, Kamara has had time to recreate some of the flavors from the competition. Strawberry Yum Yum, created for celebrity rapper/actor Ludacris, for instance, includes ricotta cheesecake ice cream with strawberry swirl combined with strawberry ice cream, Oreo crust, and her Oreo chunk from the show’s chunk challenge.

The Road to Richmond

Kamara, who grew up in Silver Springs, Maryland, originally started her company in Maryland, but moved it to Richmond at 120 W. Brookland Park Boulevard last year.

“I have been baking and cooking my whole life. After graduating from VCU, I went to culinary school and started making ice cream there. Ice cream is like a canvas,” she says. “It can be sweet or savory.”

Kamara uses many of the herbs and flavors that she grew up with in her household as witnessed by some of her chalkboard selections – roasted pineapple rosemary sorbet (vegan), honey lavender ice cream, and Duke’s Mayo.

“I have a lot of unique flavors. We do vegan as well. We have a little bit of everything for everyone,” she says. “We also sell cookies.”

When she was looking for a location in Richmond, she wanted somewhere that was close to families where she could become part of the “neighborhood and grow with them,” she says. “I also wanted a historically Black area.”

Her quest took her to Northside and very soon to Jackson Ward, where she is also opening a New Orleans-style sno-ball (shaved ice) shop, called Suzy Sno at 317A North 2nd Street.

Kamara is happy with the way things have turned out for her, she says. In the future, she would like to open more Scoops locations. She also wants to get an ice cream truck and participate in more local events.

Clash of the Cones did more than crown Kamara the winner; it was a place where she made friends. “I talk to the other competitors frequently. We reach out to each other for advice,” she says. “It was nice to have comrades in ice cream. It’s nice to be able to compete with people that get along with each other.”

Winning the show was a testament to the kind of ice cream she makes, she adds. “It reinforces that I do know what I am doing when I create flavors.”

She enjoys creating something that is nostalgic for people. “Everyone has a love for ice cream and novelties from a young age,” she says, adding that she likes watching customers’ eyes and faces light up when they take their first bite of ice cream. “That is always fulfilling.”