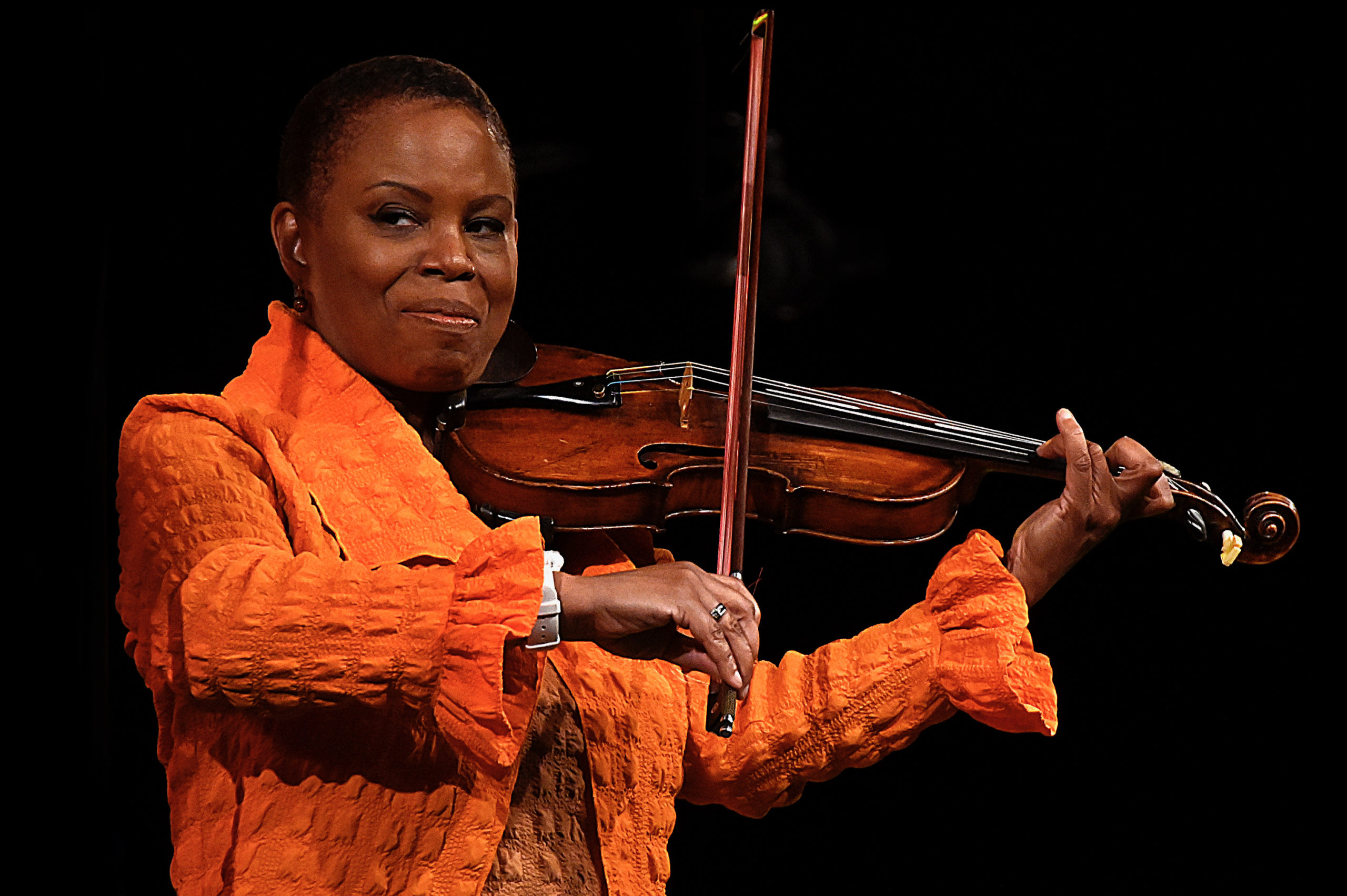 “If you want to work, you have to be flexible and do some improvising,” she says.

It’s a lesson that defines Carter as a violinist. She is one of the handpicked artists to perform for the Menuhin Competition Richmond 2021 May 14 to 23.

Carter has lived the advice she gives students and has a career that can’t be categorized into one genre of music. She performs everything from jazz and Latin to classical and country. A multi-Grammy nominee, she is the recipient of a MacArthur genius award from the John D. and Catherine T. MacArthur Foundation for originality in creative pursuits and a Doris Duke Award given to exemplary individual artists by the Doris Duke Charitable Foundation.

Carter’s performance for the competition is being presented in collaboration with the Richmond Jazz Society. The concert is in memory of former Richmond Symphony violinist Joe Kennedy Jr. considered by many to the the “father of jazz” in Richmond.

History of a Violinist

Carter began studying violin at the age of four in Detroit using the Suzuki method and quickly fell in love with the violin. She attended high school in Detroit, played for two years with the Detroit Youth Orchestra, and later studied at the New England Conservatory of Music and at Oakland University in Michigan for jazz.

She has performed at numerous jazz festivals and appeared with a number of orchestras in the U.S. and in Brazil. She participated in the 2017 International Jazz Day All-Star Global Concert in Havana, Cuba and has performed solo with artists such as jazz pianist Kenny Barron, the late bassist Ray Brown and singers Mary J. Blige, Billy Joel and Dolly Parton.

Growing up, Carter’s family listened to all genres of music from many cultures at home as well as at the homes of her classmates, many of which were first-generation music students. “Detroit is a culturally diverse city,” she says.

Carter loves playing different genres of music. When she first got to New York she was told that if she played different styles of music, people wouldn’t take her seriously with which she countered “I am not going to box myself in,” she says.

The variety of her work keeps her interested and on her toes, she adds. “If I’m working with an artist I haven’t worked with before, I listen to their music and get to know them through their music.”

Carter met her husband in 2000 when she was recording for Verve Records and forming her band, The Regina Carter Quartet. Garnett is the drummer in her band. At first she didn’t think of Garnett as a love interest. But eventually the two started dating, got engaged, and married in 2004.

“It was meant to be,” she says, adding that one of her husband’s first gigs was playing for Joe Kennedy Jr., someone she had really looked up to in her career.

Violins Can Touch Everyone

Carter is excited about the new generation of violinists that are taking a contemporary approach to the instrument.

“Young people playing the violin have such input,” she says, adding that kids may see them and think that they, too, can play the violin. “The whole point is to get the instrument in their hands. Let them improvise. Try it and see how much fun it can be.”

After a year of waiting necessitated by the global pandemic, the competition welcomes the exceptional young violinists originally selected to participate in the Competition last year when it was supposed to be held in Richmond. This year, forty-three competitors from around the world have a chance to perform via video recital for the jury as well as people around the globe.

Carter will perform her virtual performance Monday, May 17. The competition is produced, streamed, and televised by VPM, Virginia’s home for public media. The events will all be viewable on the Menuhin Competition Richmond 2021 website and YouTube Channel, and many programs will also be available on The Violin Channel and on additional social media channels.

Carter was disappointed when the Menuhin Competition was cancelled last year. She was supposed to teach student workshops. But, she is excited about this year’s competition and to “hear some of these incredible young people and introduce them to jazz … and get to know them through their music,” she says.