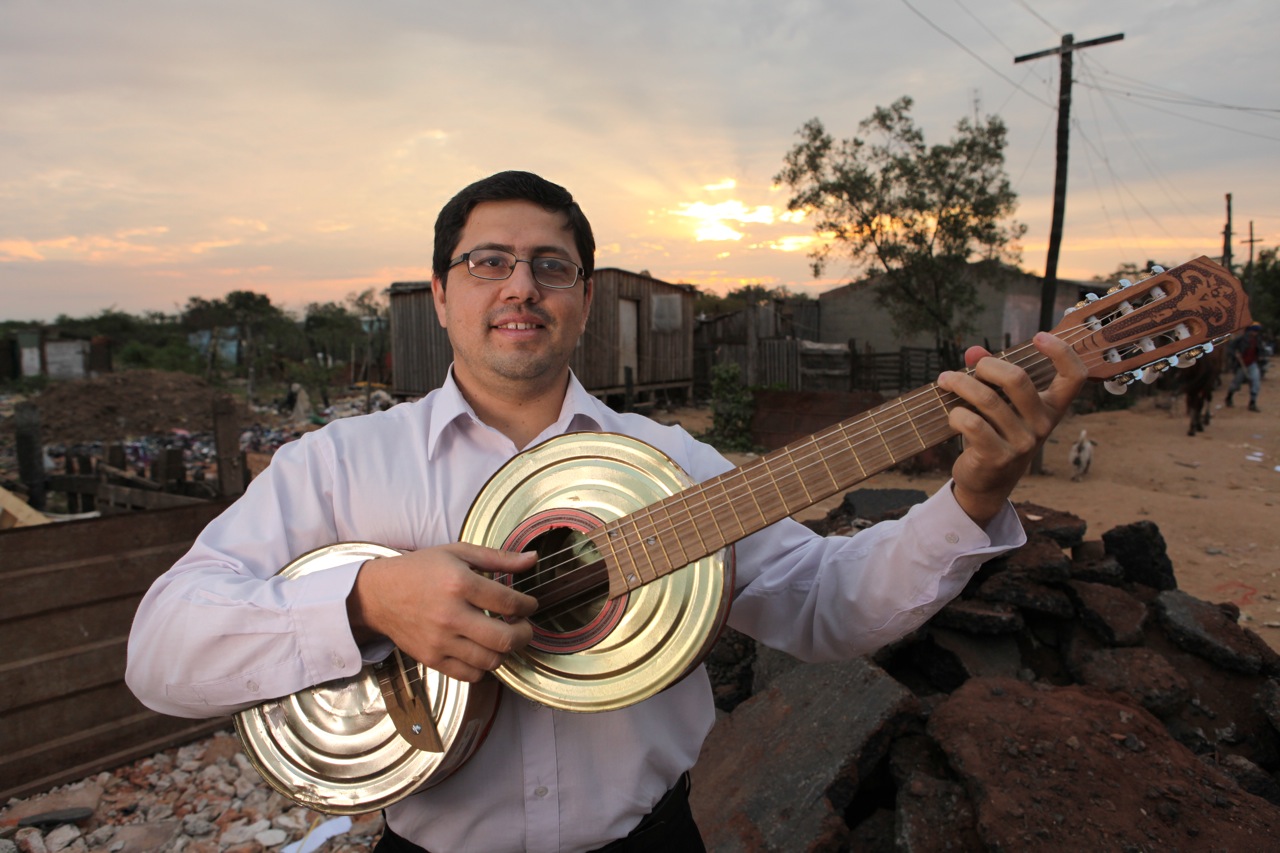 Traditional musical instruments will take on a new look and sound when students from the Recycled Orchestra of Cateura, Paraguay, come to The Steward School on Wednesday, November 14.

The orchestra’s instruments are made from rescued junk from the landfill in Cateura, one of the poorest slums in Latin America. The instruments are built using everything from tin cans to bottle caps. The orchestra features violins, violas, cellos, double basses, guitars, flutes, saxophones, trumpets, and percussion instruments.

Environmental engineer and music enthusiast Favio Chávez founded the orchestra in 2006 as a means to help kids learn music and keep them from playing in the landfill. He became acquainted with the kids and their families during the 8-year period he worked on a waste recycling project at Cateura, where more than 40 percent of children don’t finish school. 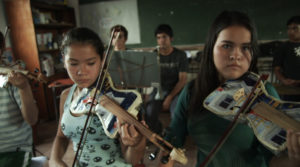 Since then, the orchestra has received worldwide attention thanks to the documentary Landfill Harmonic, detailing the work of Chávez and his students. Students in the orchestra have played around the world, sometimes with high-profile artists such as Stevie Wonder.

The orchestra’s visit to The Steward School, part of the 2018-2019 Bryan Innovation Lab Visiting Innovators Program, touches on a variety of student interests – world languages, fine arts, music, engineering, and sustainability issues. The story of the orchestra also serves as a story of inspiration.

Cary Jamieson, director of the school’s Bryan Innovation Lab, learned about the orchestra from members of Steward School’s world languages department. “We started working on this last summer,” she says. “The orchestra travels the world and is pretty hard to get in touch with. They will be coming to our event after an appearance in Japan.”

Since its founding, the orchestra has grown from a few musicians to over thirty-five. Eight of the musicians along with the orchestra director will visit The Steward School. “Most of the orchestra members are high school kids. Some of the original members have gotten older,” Jamieson says. “Ada, who is twenty, has quite a star following.”

The orchestra will spend the day with students at The Steward School on Wednesday, November 14. “Our students have been working on projects and will be sharing those with them,” Jamieson says. “Members of the orchestra are interested in learning about technology and coding and we have been doing some interesting things with that so we will share that with them.”

At 8:15 a.m., Chávez will lead a discussion of the organization and the benefit it is making to this community. Juliana Penaranda-Loftus, director of Landfill Harmonic will appear with him. A performance by the orchestra will follow. The discussion and performance are open to the public.

The public is also invited to a Musical Maker Fair at 3:15 p.m. where participants can create musical instruments with the visiting orchestra students using recyclables collected from Steward School students.

The Recycled Orchestra will additionally hold a citywide performance open to the public at 10:30 a.m. on November 15 at Dominion Energy Center in the Carpenter Theatre.

To register for these events, go here.

Zac Jones is proof that if you work hard and believe in yourself, you can…

Regina Carter is Ready to Light Up Rescheduled Menuhin 2021

American jazz violinist Regina Carter always tells students to have diversity in their music. “If…

Kickers’ Biggest Fan is Part of the Family