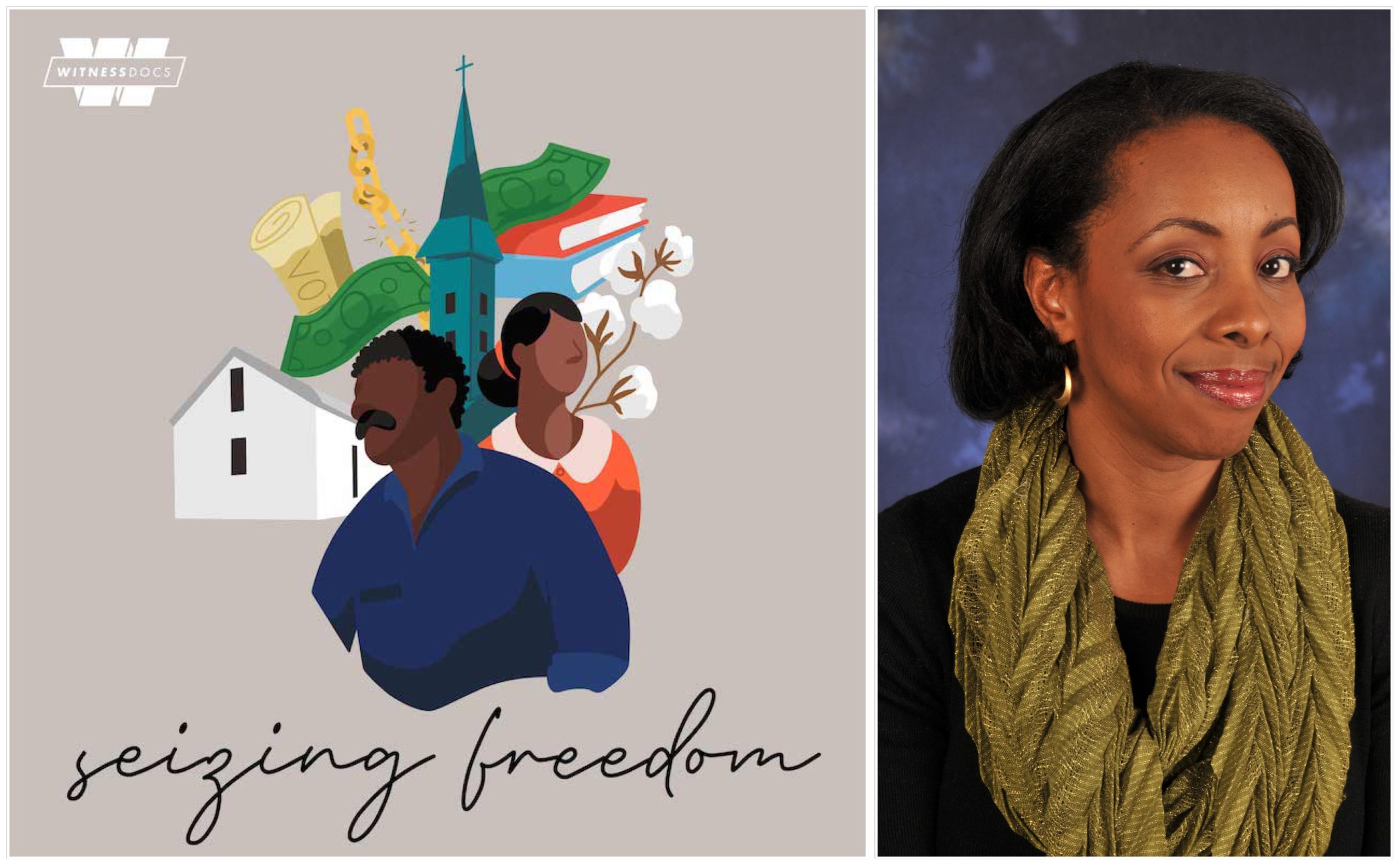 After hearing the concept and realizing it was a good fit based on her interests and career, Dr. Kidada Williams quickly came on board to narrate the podcast Seizing Freedom from VPM and available wherever you download your podcasts.

The podcast focuses on the story of the Civil War and Reconstruction; how unsung heroes risked their lives to fight for their own visions of what freedom could be.

It tells how Black people fought to liberate themselves during the Civil War and how they made freedom real by organizing for equality and justice during Reconstruction, despite every attempt at violent suppression.

In addition to narrating the series, Williams conducts research and helps the team find primary sources for the first-hand stories told in the show. The series presents these stories through the lens of lived experience, drawing from letters, diary entries, autobiographies, and other findings to showcase African American voices from history that have been ignored. The personal accounts illustrate what was at stake for the nation.

An historian, published author, and professor of U.S. history who specializes in African American history, Williams is constantly working with various archives and knows how to find the materials she needs.

“We haven’t been able to [physically] travel to the National Archives and Records Administration or the Library of Congress, but we have been able to access records that librarians and archivists have made available digitally,” she says. “Sometimes we reach out to scholars who spend a lot of time with archives.”

African American stories are ever present, but the history that has been told is a white male-centered history, Williams says. “I came up through that and encountered that harsh reality.”

The history she teaches in her classroom is inclusive of white males, women, African Americans, and Native Americans.

This year marks the 150th anniversary of Reconstruction and some Americans are taking a “close look at the nation’s past,” she says. “That history is crucial to what’s happening today and in the future. It shapes the world we live in today.”

There are those who don’t want to hear any more about the Civil War, but that would be a mistake, Williams says. “They want to squash the history, rather than confront it head on.”

Each of the show’s episodes in the series covers a specific topic “It could have fifteen to thirty different voices from historical records all speaking to the same theme,” says William who feels lucky to have voice actors telling the stories in a powerful way.

“The nation has told so many stories about what happened and didn’t happen during Reconstruction,” Williams says. “The story that Seizing Freedom is telling is about the making and taking of freedom, about migration, about violence, and about how so many of these battles are still being fought.”

Zac Jones is proof that if you work hard and believe in yourself, you can…

Regina Carter is Ready to Light Up Rescheduled Menuhin 2021

American jazz violinist Regina Carter always tells students to have diversity in their music. “If…

Kickers’ Biggest Fan is Part of the Family