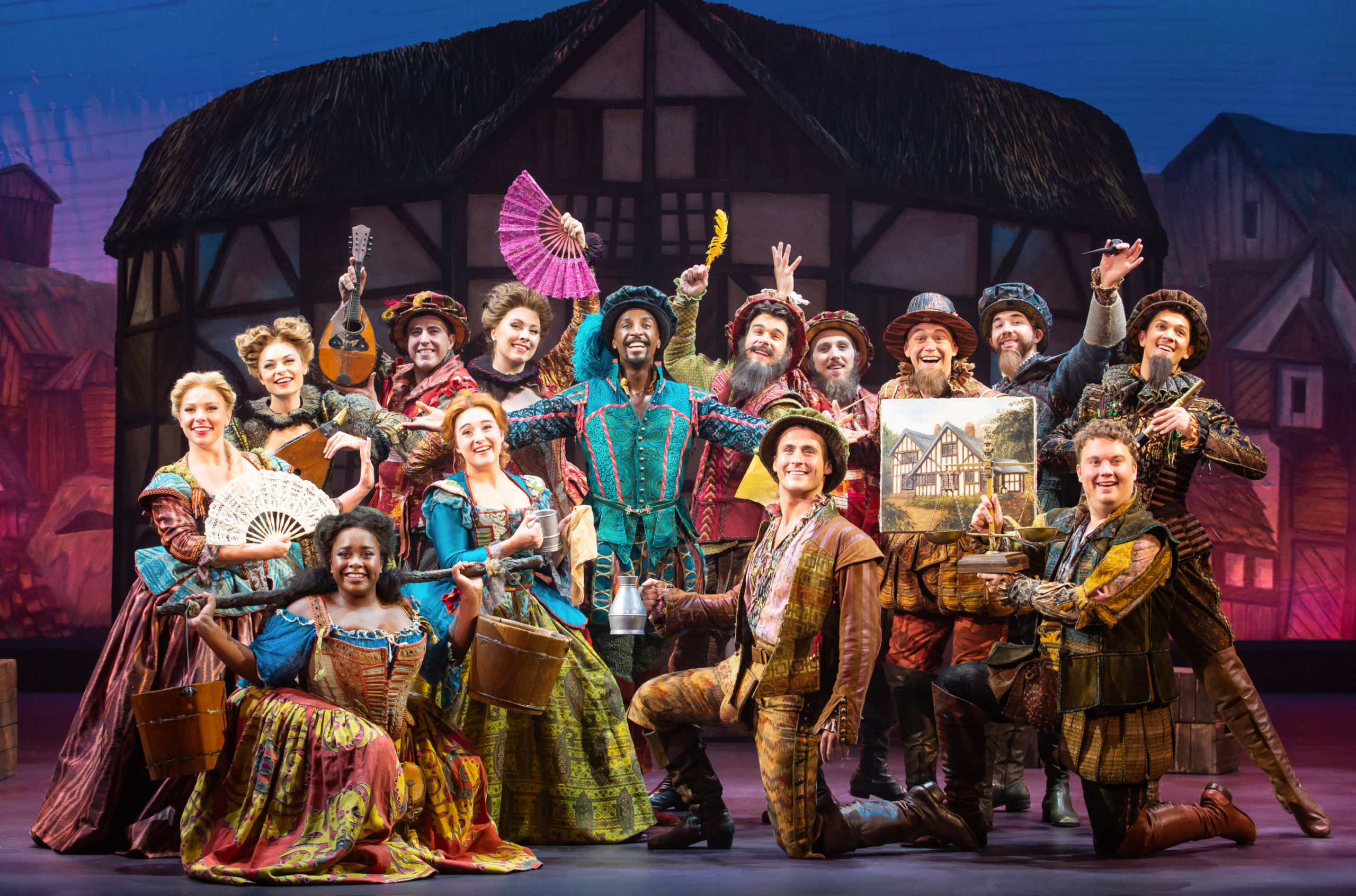 Matthew Baker gets to step into Shakespeare’s shoes every night when he takes the stage in the Tony-nominated Something Rotten.But the show’s take on the prolific Bard is a bit different than one would expect.

“He is the rock star of the age,” Baker says of Shakespeare. “It’s not what people would have envisioned Shakespeare to be in the day. He has a big ego. I try and bring the fun with it and not make it too serious.”

Reality takes a backseat in this entertaining musical. It’s all about the laughs. The show tells the story of two playwright brothers, Nick and Nigel Bottom, who want to write a hit play, but all the hits seem to be written Will Shakespeare. When a local fortune teller predicts that plays will include singing, dancing and acting in the future, Nick and Nigel decide to write the first ever musical.

Something Rotten opened on Broadway in 2015 and was nominated for ten Tony Awards including Best Musical. The show plays Altria Theater May 17 through 19.

“The show is very funny. I try to keep it lighthearted,” says Baker. “It’s still funny to hear the boos because people want to root for the home team, but Shakespeare is the celebrity. He’s trying to keep his reputation intact.”

Even though Shakespeare is often seen as the “mean one” in the production, everyone in the cast has a great time on stage. “It’s fun to play something that is so far-fetched with how you are with the rest of the cast,” says Baker, adding, “You can step offstage and be a friendly face again with a twinkle in your eye knowing it’s all okay. It’s just an act.”

Born in the county of Kent in England, Baker started taking dance classes when he was four. “My sister and mom were dancers. I got dragged along because a young man my mom knew wanted to go, but he didn’t have someone to go with,” he says. “Mom thought I would be his companion. The rest is history.”

At the age of sixteen, he went to Bird College, an independent performing arts school located in Sidcup, South East London. “That was it. It kind of all made sense to me,” he says. “There is nothing I could do at school that would propel me in a different direction. I wanted to get the most experience that I could.”

After school he did a few gigs in London before taking a job on Royal Caribbean. “That’s where I met my wife,” he says. “We were the opening cast of Saturday Night Fever. We rehearsed the shows in Florida and sailed the Caribbean and then went to the Mediterranean.”

Baker was looking for a job with more stability, when a friend mentioned the touring production was looking for someone to play the role of Shakespeare. “I auditioned and that is what happened,” he says. “I guess I did okay.”

He’s been touring with the show since last September and will soon be headed to South Korea with the production after the U.S. portion of the run ends in a few weeks.

He says playing Shakespeare has been one of his best roles to date. “I thank my lucky stars every day that I get to play this show,” he says.

For more info and tickets go to, broadwayinrichmond.com.