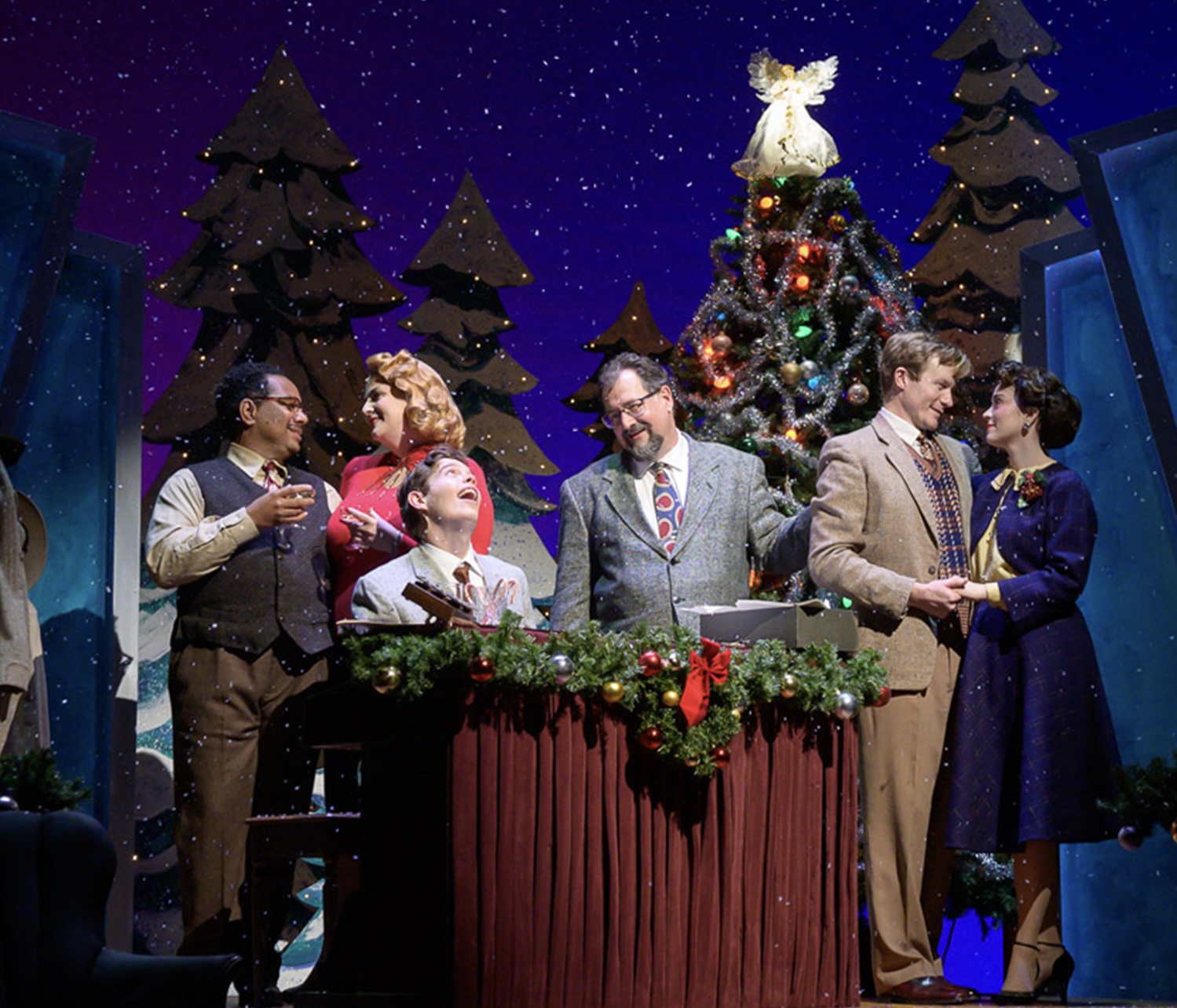 The one concept that Director Chelsea Burke wants people to leave with after seeing It’s a Wonderful Life: A Live Radio Play is the sense of community.

“As Clarence tells George Bailey in It’s a Wonderful Life, remember no man is a failure who has friends,” says Burke. “That speaks to the heart of this play. We can get through anything as long as we get through it together.”

Presented by Virginia Repertory Theatre, It’s a Wonderful Life: A Live Radio Play was adapted by Joe Landry from the short story ‘The Greatest Gift’ by Philip Van Doren Stern. The play tells the classic story of George Bailey, and is set on the stage and auditorium of Studio A at WBFR in Manhattan, New York on Christmas Eve 1946.

“The familiar story is being told through the lens of a live radio play as they would have done in the 1940s. Radio plays were special because people would gather around the radio. They were a communal thing,” Burke says. “A lot of plays are telling the story directly. You are watching characters in earnest as the story happens. This is like a little peak behind the curtain.”

Watching the live broadcast reveals the relationships between the actors.

“You see the inside jokes as well as things that go wrong. You see actors having a feud or a romance. All of this is happening in the background as the story is being told,” she says.

Six actors play a few dozen characters in the re-enactment and do everything from live commercials to live sound effects – think cars driving off in the distance, door bells ringing, and ice cracking.

“In the era of old time radio, the sound effects were created live by men and occasionally women.We are following that [tradition],” Burke says. “We are creating live as well. For example, we are told on the radio broadcast that George’s brother falls through the ice. Part of the storytelling is hearing the kerplunk of the ice.”

There are many tricks of the trade such as creating the sound of walking on snow with shoes walking on cornflakes. Other sound effects include a wooden drum made of slats covered in muslin that rotates. As the wood brushes against muslin, it creates the sound of wind.

Burke and the show’s sound designer, Jacob Mishler, are teaching the actors to do all of the sound effects.

“You have to be very specific with the sound effects, especially when it’s live,” Burke says. “A few of the actors because of their parts are doing a little more of the effects but everybody takes part.”

The 90 to 110-minute family-friendly play goes quickly, she adds. “After we did the run through, one of actors first reactions was that it was fast. It moves and it’s fun.”

Something that drew her to this production was her love of Christmas “and the stories we get to tell this time of year,” she says. “This story, in particular about community, sacrifice and love, is something I think resonates with all of us after the past year and a half. As a cast, we also spoke on how this piece uplifts what it is to be an ensemble; creating a show together as we follow these voice actors throughout the play.”

She hopes the theater’s retelling of the story will celebrate the “strength of supporting one another and how special storytelling is in all of its forms,” she says. “The show is also a love letter being back in the theater. It’s something we’ve all been missing.”