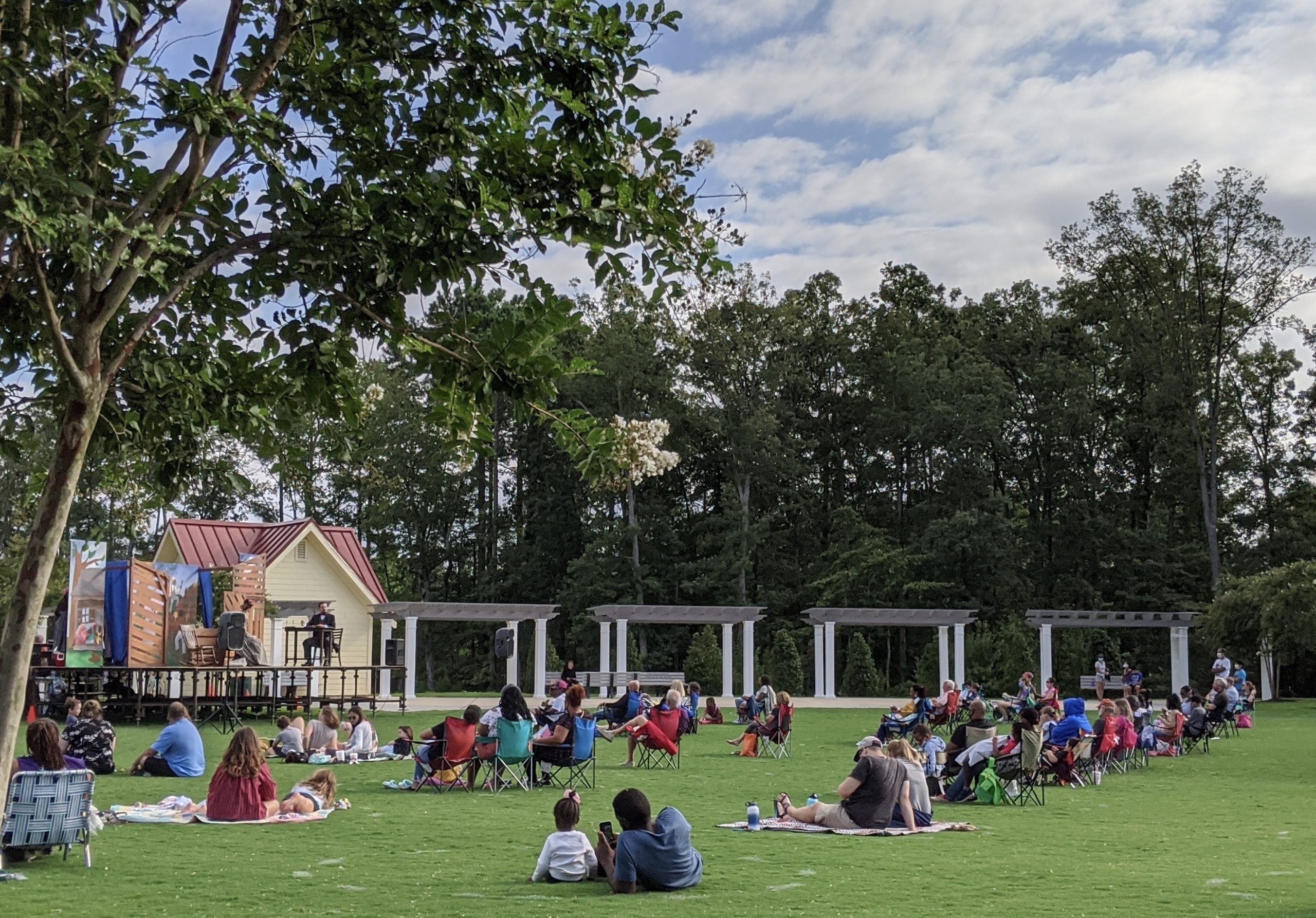 This October 3, the stage at Virginia Rep’s November Theatre will light up once again with a live production of Harriet Tubman and the Underground Railroad. The show shares the joys, sorrows, and challenges Tubman faced while courageously freeing herself and hundreds of others from slavery. 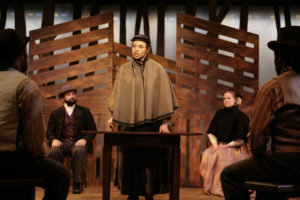 Bringing a production back to the stage takes months of planning and preparation. Before even thinking about an inside show, Virginia Rep decided to try a run of the show at an outside venue.

Tracy Coogle, associate managing director of Virginia Rep, brainstormed with Henrico Recreation and Parks to see how they could work together. The theatre was able to offer performances of Harriet Tubman at both the Springs Recreation Center and Short Pump Park.

“The reason the county chose those is because they are smaller parks so they could control the flow as well as how many people come into the parking lot,” Coogle says.

The shows brought between 100 and 200 people for each performance. People brought picnic blankets and folding chairs. Everyone was spaced six to ten feet or more apart and wore a mask.

Response to the productions was very positive. “Gratefully Henrico decided to work with us,” Coogle says. “It was really successful – even beyond what we hoped for.”

An Abundance of Caution During a Pandemic

That success led to the upcoming November Theatre production of the 50-minute show with no intermission. Seeing if producing this show can be successful at the November will provide a good opportunity for Virginia Rep “to put something in place for longer shows next year,” Coogle says. 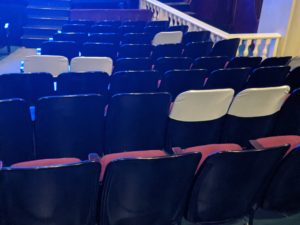 The theatre is taking every precaution it can to make patrons feel safe. Virginia Rep has installed air scrubbers that will replace 100 percent of the air in the theatre and sterilize it every night. All surfaces will be hand disinfected between shows.

The spacing between shows provides ample time to clean the theatre and make sure the disinfectant has time to work. “We are really taking this seriously,” Coogle says.

The theatre will be operating at 25 percent of capacity with only 121 seats available for sale; the theatre normally sells 550 seats. Virginia Rep will offer advance telephone sales of tickets only so that someone from the box office can call and discuss protocols with patrons.

“Anyone that has exhibited any symptoms will be asked not to come,” Coogle says. “Masks will be required for the entire performance. Anyone not wearing a mask will not be allowed in the theatre for the safety of our patrons and cast.”

The theatre has set up one-way paths in and out. Anyone with a balcony ticket will enter through a different door off of the sidewalk that will lead into the balcony. Hand sanitizing stations will be available.

“We are trying to limit traffic through the lobby,” Coogle says. “We are also limiting capacity in the restrooms and there will be no concession stands. We are also offering a touchless ticket and playbill system. People will use a QR code or website to tap into their phones and pull up the playbill.”

Onstage actors will not be wearing masks, but will be socially distanced.

“We have re-blocked the show to allow for more space between actors, but the scenes won’t look distracting,” Coogle says.

If Harriet Tubman is successful indoors at the November Theatere, Coogle says, “we are looking at offerings in the late winter or spring. They [the productions] could have a similar size and feel. We have some titles in mind.”

If people are more comfortable watching from home and streaming, “we will give them that opportunity as well,” Coogle says. “If we sell only a few tickets and no one is comfortable coming, we will really focus on video offerings.”

Harriet Tubman and the Underground Railroad

Here’s Sam Davies’ RFM review of the original production of Harriet Tubman and the Underground Railroad.