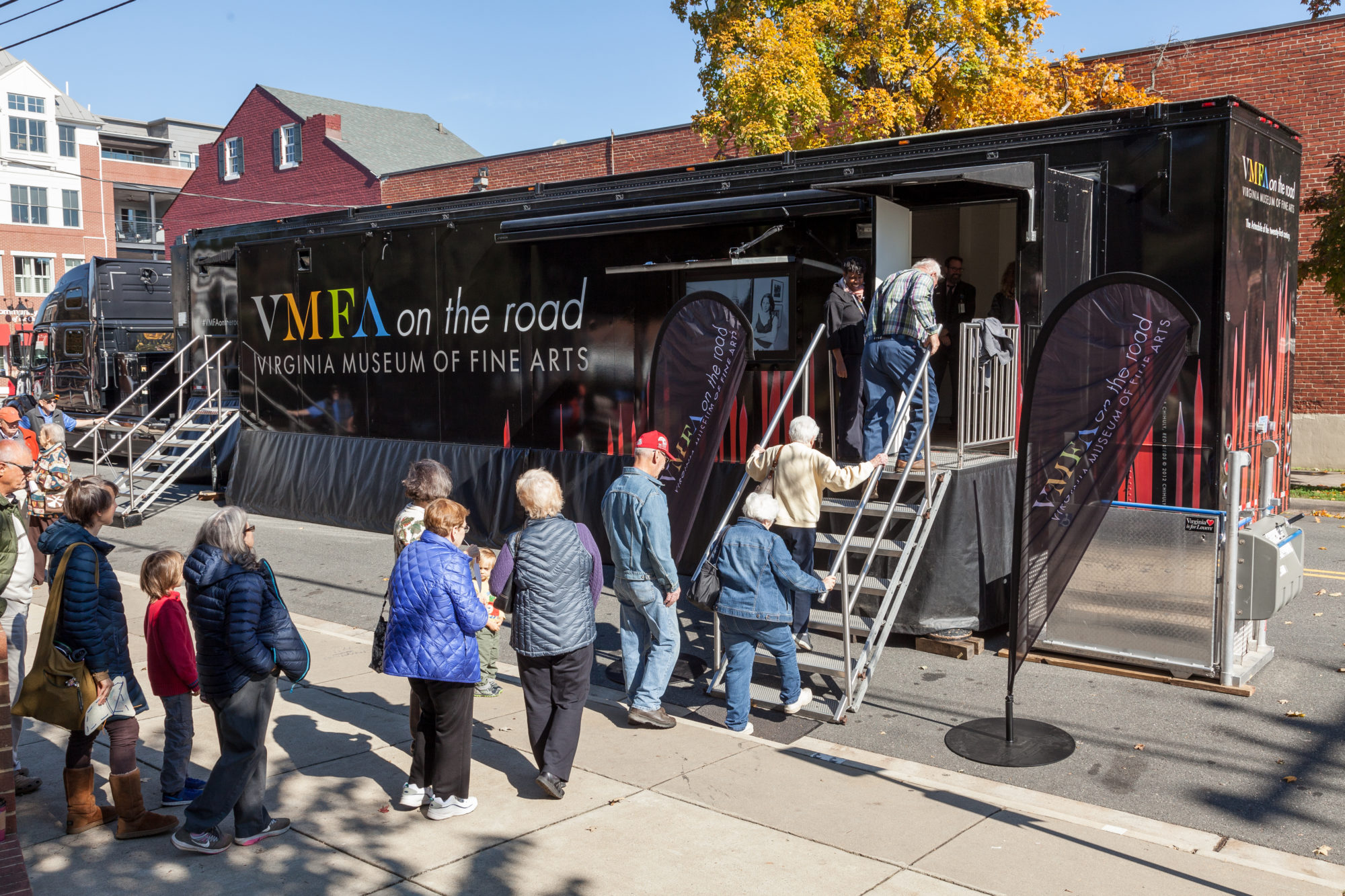 On The Road Again isn’t just the name of a Willie Nelson song. It became a reality for Virginia Museum of Fine Arts’ re-launched artmobile – VMFA On the Road: An Artmobile for the 21stCentury – after it made its debut last October.

The museum’s original traveling art program started in 1953, moving across Virginia and bringing art exhibitions and educational programs to colleges, schools, and community organizations. It reached more than two million people during the forty years it toured the state.

VMFA discontinued the program in the early 1990s, but brought it back last year after the state offered the museum an 18-wheel tractor-trailer that includes six-hundred-and-forty feet of display space.

“We were the first Artmobile in the world,” says Jeffrey Allison, VMFA manager of statewide programs and exhibitions. “We were featured in President Lyndon Johnson’s inaugural parade and the media picked up on it.”

The museum worked with exhibition design firms Riggs Ward Design of Richmond and Explus Inc. in Sterling to design and fabricate this new and improved version of the artmobile, equipped with cutting-edge technology.

Allison remembers visiting the first one in southwest Virginia when he was six years old. “My first brush with art was going on the Virginia Museum Artmobile. The same was true for television writer and director Vince Gilligan who saw the Artmobile in Farmville. In both cases, it led us to our careers. He and I both won fellowships,” says Allison.

VMFA on the Road’s inaugural exhibition, How Far Can Creativity Take You? VMFA Fellowship Arts, explores the history and impact of the museum’s fellowship program, the largest of its kind in the United States.

Since the fellowship’s establishment in 1940, the museum has awarded more than five million dollars to more than one thousand three hundred artists and art historians, all Virginia residents.

“The show represents artists that have become successful,” Allison says. “Some are living and some have passed away. We wanted to make sure we acknowledged some of the artists best known in the art world and who are from different geographic locations around the state. The art represents different parts of Virginia.”

The exhibit also features video interviews with the artists as well as VMFA curators and educators. Visitors can participate in an interactive digital project that will be completed over the course of the tour and they can also make projects to take home.

“You make your own art work and you become digitally part of the traveling exhibit,” Allison says, adding that VMFA on the Road is a learning environment as well as a gallery, serving students from kindergarten through college.

The exhibit will travel for fifteen months before mounting a new exhibit.