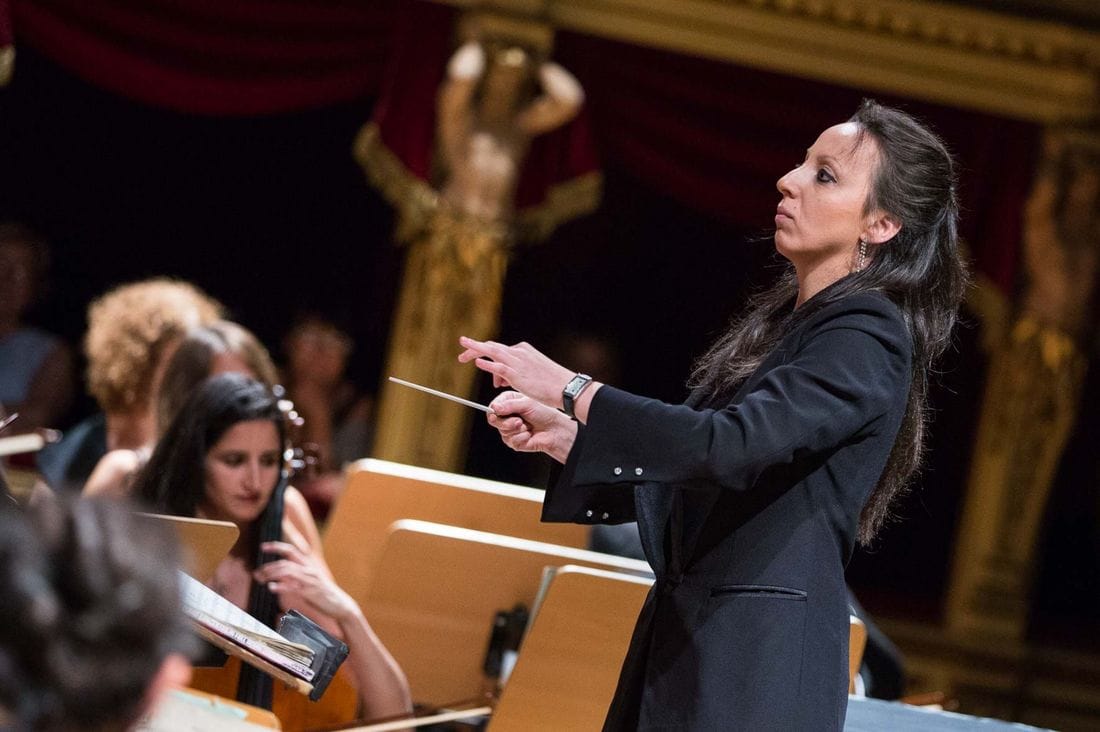 Award-winning Italian conductor Valentina Peleggi was introduced to the Richmond Symphony when her mentor, conductor Marin Alsop, was associate conductor. Peleggi admired the symphony for being the first orchestra to believe in Alsop before she was a star.

“This community had the wisdom and courage to support talent regardless of any discrimination. The symphony saw a young person with something special, with determination and enthusiasm and believed in her, offering her the chance to grow,” says Peleggi who in April was tapped as Richmond Symphony’s new music director designate. “This is simply inspiring.”

When Peleggi found out the symphony had an opening for a music director, she knew it was the “kind of orchestra, the kind of organization, the kind of community I’d like to be part of. These are the values I believe in,” she says.

The symphony collected close to 200 applications when it began its two-year search. “That’s about what I would expect,” says David Fisk, the symphony’s executive director. “We brought that number down to 100 in the first cut, and we kept reducing it.”

The field was finally narrowed down to five, each candidate visiting Richmond for two weeks and conducting the chorus and orchestra. “We involved as many parts of the symphony family as we could,” Fisk says. “We had plenty of time to get to know them.”

The symphony looked for a variety of qualities that included quality of technique, chemistry and the ability to be the face of the symphony to the community. “They need to be adept at all kinds of programs, from large-scale orchestral programs to working with kids,” Fisk says.

Peleggi has led orchestras from around the world, including the Royal Philharmonic Orchestra, BBC Orchestra of Wales, Norrkoping Symphony (Sweden), Orchestra della Toscana and Baltimore Symphony Orchestra, and will shortly release her first CD on Naxos.

Originally from Florence, Peleggi was the first Italian woman to enter the conducting program at the Royal Academy of Music in London, and was recently honored with the title of Associate. The Search Committee, comprised of symphony musicians and board members, unanimously selected her after she spent two weeks with the Symphony in early March. When she starts her position on July 1, she will be the symphony’s sixth music director and the first woman in that leadership role.

“We look forward to her taking the orchestra to new heights and to all we can do under her leadership to reinforce our commitment to making music and music education accessible to everyone in the many communities we serve,” says Fisk.

From their first rehearsal Peleggi was impressed by the “passion, enthusiasm and profound musical sensitivity of the musicians of the Richmond Symphony. Making music with these wonderful artists is truly a privilege,” she says.

She’s excited about coming to Richmond because of the sense of community and the kindness and warmth she experienced on her visit. “The feeling is that it’s a city in expansion, a city that looks to the future and a city of possibilities,” she says.

The symphony like all other public venues has been affected by the pandemic, leaving stages empty and quiet. But, Peleggi is looking forward to the moment that music will be back onstage.

“Silence is what starts and ends my days at the moment, and for someone used to be surrounded by sound it feels unreal. But if we think about it, in music it’s the same. There are notes and there are rests. Rests are a [momentary] suspension but thanks to the rests, the entrance of a new sound is so meaningful and moving,” she says. “I am looking forward to the moment our hearts can sing again together live, with even more passion, more enthusiasm, more life. It will be an overwhelming joy and the start of a new beginning.”