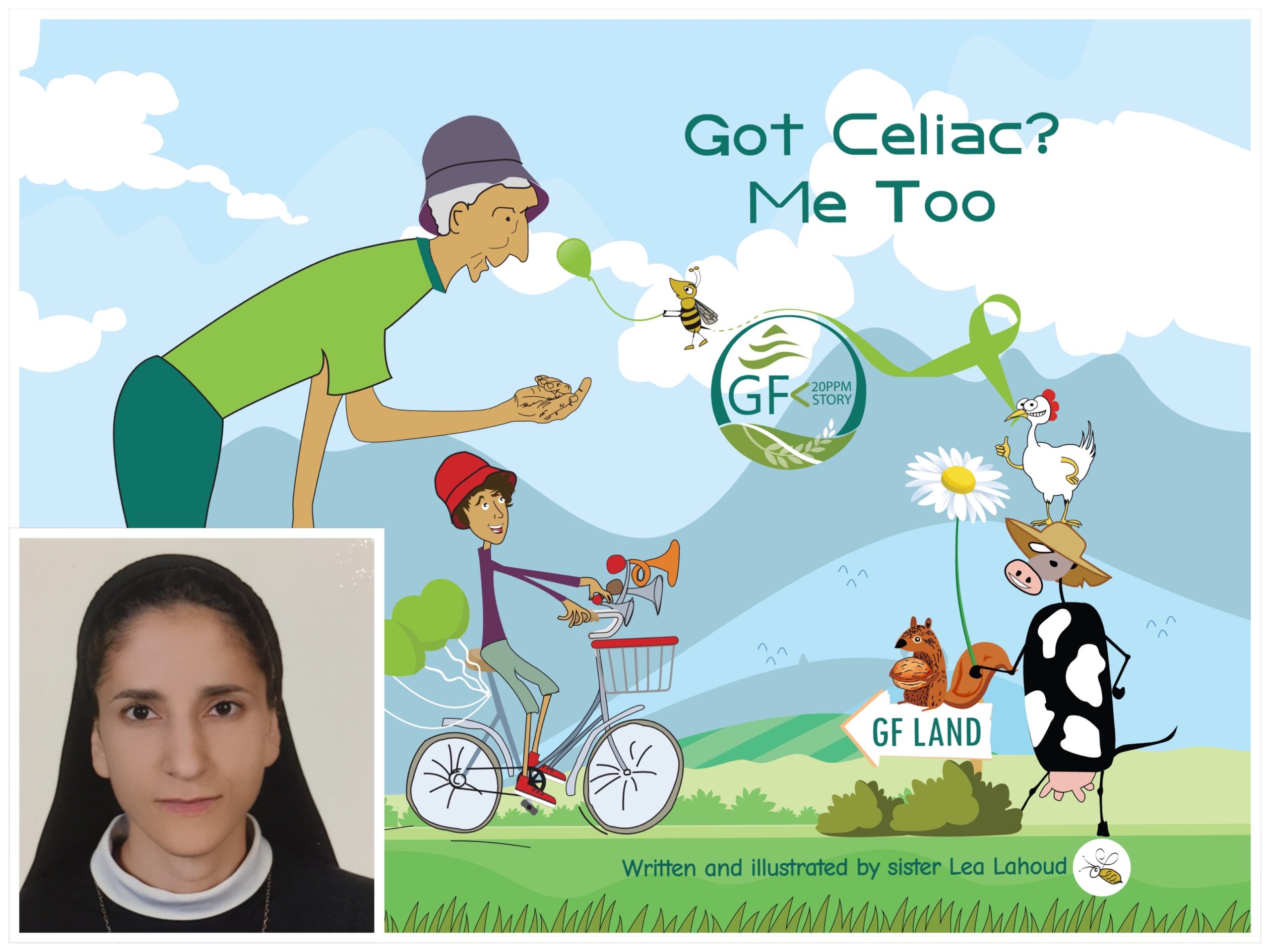 Life isn’t only what happens to you, it’s mainly how you respond to it. That’s the belief that Sister Lea Lahoud puts forth in her newest children’s book, Got Celiac? Me Too. The book, Lahoud’s fourth, focuses on a little kid who had celiac disease and how he managed to live a happy, healthy life despite of having the disease.

“Life is not really easy. Everyone has his or her own struggles in life, some of them, actually most of them, are hidden,” says Lahoud a Virginia Commonwealth University College of Health Professions counseling graduate from Lebanon. “No one can feel what a person with celiac disease can be struggling with because on the outside they look normal, healthy, and fine.”

The book is autobiographical. Lahoud was diagnosed with celiac disease in 2016.

“A person with celiac disease has to worry about every single bite they put in their mouth . . .  if not, they will be suffering from many symptoms. Each person struggles with different symptoms.”

The child in Lahoud’s book learns that life goes on, and that it is our responsibility to help each other rise and keep going despite of any problem.

“I tried in my story to make this little kid forget about his problem and avoid it (gluten) and to look for what else he still has to enjoy. I made the kid focus on the positive — to keep going forward, to remain positive, and to enjoy life,” she says.

No one should ever be stuck in life, she adds. “Despite the many restrictions this kid had on his diet, he found many other foods that are healthier and make him stronger and happier. The kid in this story represents me.”

In writing the book, she wanted to remind people about the generosity of nature and animals as well as how to enjoy life. “I wanted to teach people about celiac disease and take them to the adventure where they forget about their problems,” she says.

Life as a Nun

Lahoud got the inspiration for her third book, The Sister and the Bee, while tending the beehives at the convent where she has lived for sixteen years.

She joined the Lebanese Maronite Order in 2005 when she was in her early twenties.

“I always had the feeling that I would become a nun. No one can understand the inner feeling that you get,” she says. “I wanted to find out if it was my vocation, and I found myself. All of the sacrifice you do, you are rewarded more. I feel very happy because I found my own way in life.”

At the monastery, she studied graphic design, multimedia, liturgy, pastorale de la santee and to be a certified nursing assistant.  She also tended forty-five beehives. “I now have fifty hives,” she says, adding she wrote The Sister and the Bee about the life lessons bees teach. “They teach us the impossible can be reached.”

She travelled to VCU in 2017 to learn about patient counseling and received her master’s degree in pastoral care. “I’ve always liked the U.S. and it was my dream to come here,” she says. “I’d like to have a friend from each country in the world. That is on my bucket list.”

She wanted to pursue patient counseling because of her love of being with and talking to people who are suffering and really listening to their stories.

“Sometimes it’s just hearing their stories,” says Lahoud who is the treasurer of the monastery. “When they know someone is hearing them, it feels so good.”

Sister Lahoud’s book is available by emailing her at lealahoud@hotmail.com