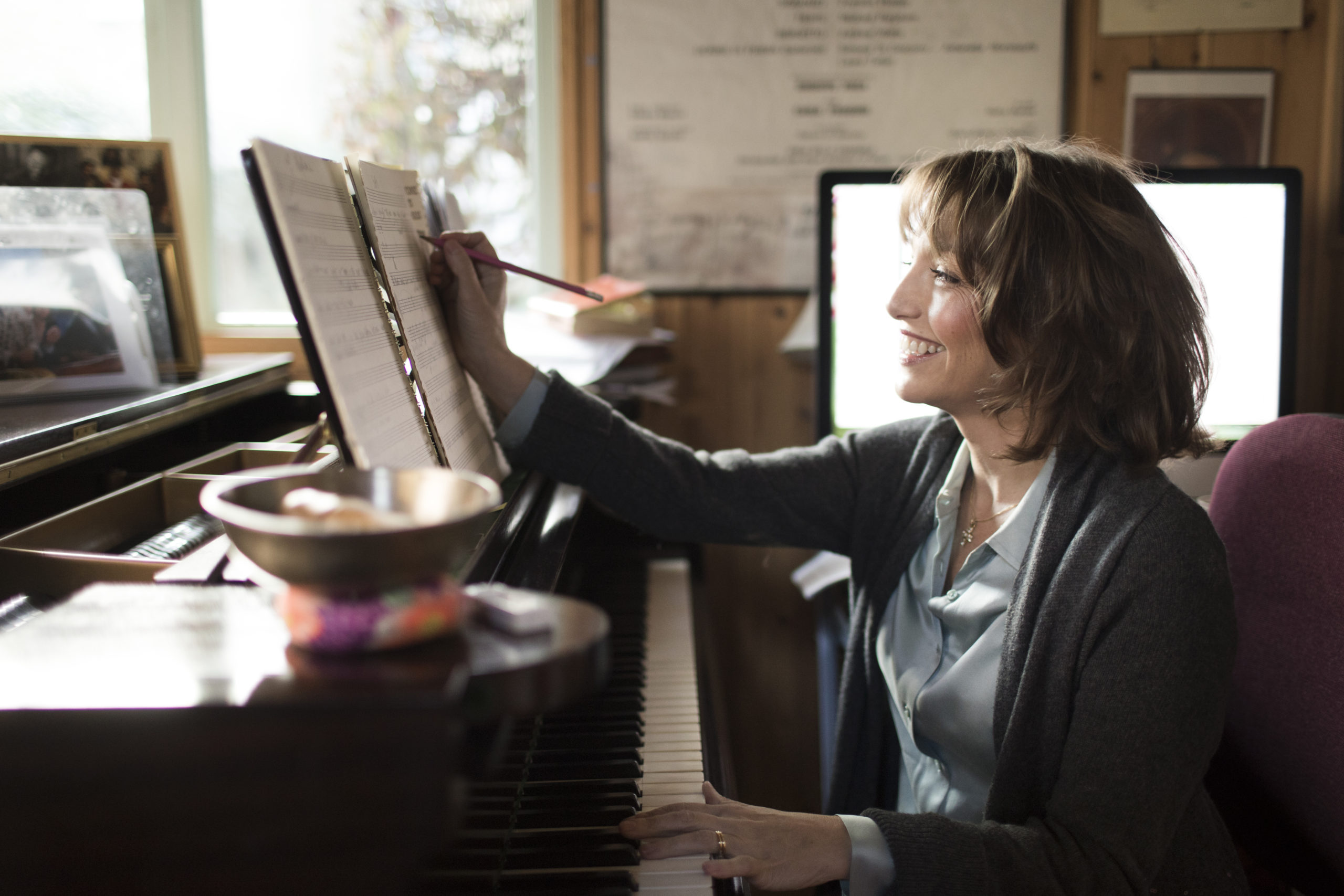 After learning about more about Mahler and feeling a connection to her, Panufnik was “very aware that I have the ghost of Alma on my shoulder. I was constantly thinking would Alma approve of what I was doing or was it too over the top, too literal, not dramatic enough,” she says of her orchestrations. “I wanted to do something that she would like. It was always in the back of my mind.”

Even though Mahler didn’t compose orchestral pieces, just small pieces for chamber music or songs, her music is “incredible,” Panufnik says. “It feels like it should be for an orchestra.”

And thanks to Panufnik, now it is. The world premiere of Alma’s Songs Without Words will be presented at the Richmond Symphony Masterworks concert this Saturday and Sunday at Carpenter Theatre at Dominion Energy Center.

“I am thrilled the world premiere will be in Richmond,” Panufnik says.

When she was working on the music, Panufnik tried to imagine the techniques Mahler  would have used if she had written for an orchestra.

“How would she have used her tools to express her highly emotional music?” Panufnik says.

Before she dove into the project, Panufnik spent lots of time researching Schindler and her music. She was able to talk with Mahler’s granddaughter, who filled her in on her grandmother’s character.

Mahler’s skill in composing started at an early age but she had to give up her ambitions to become a composer when she married Gustav Mahler in 1902 who wanted her to be solely focused on him and the marriage. He finally relented his demand shortly before his death and had five of the songs Alma had written printed.

In her own work, Panufnik has written a wide range of pieces – opera, ballet, choral works, orchestral and chamber compositions, and music for film and television – which are performed all over the world.

“Alma was an incurable romantic, and I am a romantic,” Panufnik says. “I do completely get her. When I looked at her songs the first time, there is a new emotional instruction every few bars.”

Someone could compare Mahler’s sudden dramatic changes of “dynamic and moods to her frequent changes of romantic allegiance between the many men who were understandably captivated by her beauty and her brilliance,” Panufnik says.

Her goal in composing the orchestrations is simple and heartfelt: “I hope they conjure up the image of a beautiful tempestuous romantic woman,” she says.