62% of Teen Drivers Killed in Virginia were not Wearing Seatbelts

In Virginia, twenty-four teen drivers, age 15-19, have died so far this year, compared to 20 in the same time period in 2014, according to the latest statistics from the Department of Motor Vehicles (DMV).  The 20 percent increase in teen deaths in Virginia, is unfortunately, higher than the overall national trend. According to the National Safety Council, nationwide traffic deaths are 14 percent higher this year compared to the same time period in 2014.

During National Teen Driver Safety Week, AAA Mid-Atlantic reminds parents and their teens of the primary causes of teen driver fatalities and of the most serious distractions for young drivers.

In Virginia, through August of this year, 62% of the teen drivers who lost their lives were not wearing seat belts. According to the Centers for Disease Control and Prevention, buckling up dramatically reduces a motorist’s risk of death or serious injury.  Drivers and front seat passengers, who are wearing seat belts, reduce their risk of death by 45% and that of serious injury by 50 percent. “AAA urges parents to oversee their teen’s driving behaviors and to take away driving privileges for unsafe actions. By doing so, teen drivers are not only safer now, but they will establish life-long safe driving practices,” said Martha Mitchell Meade, Manager of Public and Government Affairs for AAA Mid-Atlantic.

In addition to the tragedy of  lives lost when they may have been saved if properly restrained, the top two contributing factors to fatal teen crashes so far this year were speed and running off the road. Speed related fatalities among teen drivers were nearly double that of overall fatalities in Virginia. An unsettling 79% of all teen fatalities involved speed and 63% of those killed ran off the road.

“Risk taking behavior is common among teenagers as they leave childhood and test their limits as young adults.  The possible consequences of speeding by young inexperienced drivers can be, however, tragic.  AAA recommends limiting the temptation to speed by putting teens in safe and practical cars, rather than high powered hot-rods,” Meade added.

Distraction is also a major risk factor in teen driving crashes and the AAA Foundation for Traffic Safety found that distraction is more of a serious problem for teens than was previously known.  According to a naturalistic driver study using in-vehicle cameras previously released by the AAA Foundation, distraction was a factor for teen drivers in 58 percent of all crashes studied; including 89 percent of road-departure crashes and 76 percent of rear-end crashes,  In the study, the most common forms of distraction leading up to a crash by a teen driver were interacting with passengers (15 percent) and using cell phones (12 percent).

A teen driver’s fatality risk increases with each additional teen passenger according to a AAA Foundation report. Compared to driving with no passengers, a 16- or 17-year-old driver’s risk of death per mile driven:

Cell phones, even though illegal for teens to use while driving in Virginia, continue to cause a significant level of distraction for teens.  This risk of distraction is especially concerning for teens who lack driving experience.  Teen drivers are 50% more likely to crash in the first month of having a license than they are after a full year of experience. 57% of these crashes in which a newly licensed teen was partially responsible involved three common mistakes: failure to reduce speed, inattention, and failure to yield. (AAA FTS report)

AAA Mid-Atlantic encourages parents to remain engaged with their teen not only during the learning to drive process but once they are licensed, as well.  Studies have shown risky driving, traffic violations and crashes to be lower among teens whose parents set limits on their initial driving privileges.

“The single most important step a parent can take to protect the life of their teen driver is to be actively involved,” advised Meade. “Parents should educate their teens about the dangers of cell phone use while driving and restrict passengers during the learning-to-drive process, as well as set a good example by limiting potential distractions while driving themselves.”

Parents are advised to create a parent-teen driving agreement that includes strict ground rules related to distraction while driving and teen passenger limits, as well as other risky behaviors such as speeding. Any violations should result in consequences such as a suspension of driving privileges.  More tips for parents on how to help their teens stay safe on the road can be found at TeenDriving.AAA.com.

“While great strides have been made to improve the safety of teen drivers over the past 20 years, motor vehicle crashes continue to be the leading cause of death for teenagers in the United States,” said Martha Mitchell Meade, Manager of Public and Government Affairs at AAA Mid-Atlantic.  “Distraction is found to be a major risk factor in teen driving crashes.”

Nationally, teen-driver related injuries and fatalities have declined over the nearly two decades, between 1994 and 2013.  The number of people injured and killed annually in crashes involving teen drivers declined by 51 percent and 56 percent, respectively.  While the reasons for this decline are not entirely clear, research has shown that strong state Graduated Driver Licensing (GDL) laws have contributed substantially to reductions in injury and fatal crashes of drivers aged 15-17, and economic factors including high gas prices and the economic recession of 2008 resulted in substantial declines in teen driving and teen crashes during that period. 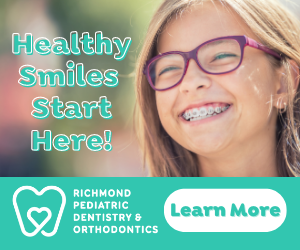