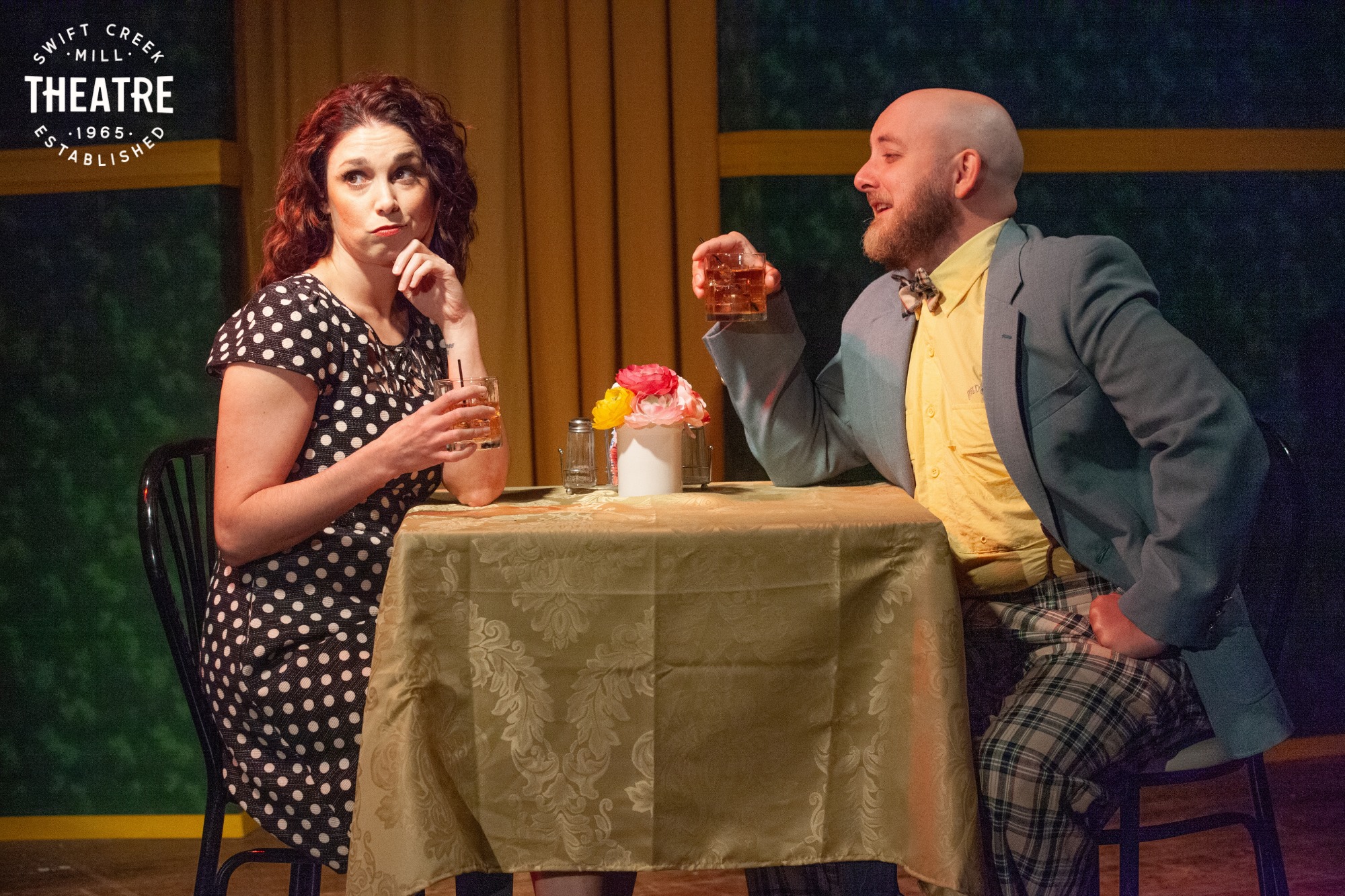 Paralyzed by the pandemic, then damaged by a 500-year flood, Swift Creek Mill Theatre recently turned the lights back on and welcomed guests to its mainstage production, I Love You, You’re Perfect, Now Change, by Joe DiPietro and Jimmy Roberts.

Before the opening scene, Tom Width, artistic director, reviewed a few house rules and shared a little bit of Swift Creek Mill history. As he thanked guests and guarantors for their patronage, the crowd clapped and cheered. “Keep smiling under those masks,” Tom joked. “We can tell you’re smiling by your crow’s feet!”

Originally an off-Broadway production, I Love You, You’re Perfect, Now Change opened on September 11 at Swift Creek, but it was only weeks from its debut back in the early spring of 2020 when the lights were turned off due to COVID-19.

Despite Swift Creek’s recent, record-breaking flood, there was a serious “Single Man Drought” in the first act. At least those were a few of the lyrics to a witty song about the limited options in the modern dating world. The four-member cast swiped through profiles on dating apps and sat through awkward first (and second and third) dates where they half-listened and pretended to care about their partner’s interests. The cast paid tribute to many male and female stereotypes like guys watching football games and women going on shopping sprees, as well as same-sex couples and two-dad households.

The show is a hilarious musical tour that runs the relationship gamut from the uncomfortable early dates and tense conversations, to meeting parents, tying the knot, and having children. All of the scenes and songs are cleverly written and delivered through laugh-out-loud lyrics.

In one of my favorites,  “On the Highway of Love,” they sang, “…at home we don’t fight, at home we don’t yell, but once we start the car, the marriage goes to hell.” That could be about my husband and me, I thought. And I’ll bet I wasn’t the only one cracking up for that exact reason.

I’m not sure I’ve seen a more versatile or talented cast than the foursome that my two kids and I enjoyed last Friday night. Rachel Marrs, Luke Schares, Nicole Morris-Anastasi, and Ian Page have all the skills and fabulous chemistry – with each other and the audience. While my kids aren’t exactly the show’s target, there was plenty for them to laugh at, like “The Baby Song” with the oh-so-relatable lyrics, “Once I became a parent, I became quite incoherent, ma ma, ma ma, da da, woo hoo hoo…” And fortunately, much of the innuendo was lost on them – love-making scenes were easily explained as massages and the questionable text messages sent from a guy to his girlfriend? “His favorite vegetable must be eggplants,” I rationalized. My daughter was okay with that.

I Love You, You’re Perfect, Now Change will run until October 23 with evening and matinee performances. Purchase tickets online, review their safety protocol, and be sure to add pre-show dining to your evening out. For showtimes and tickets, go here.