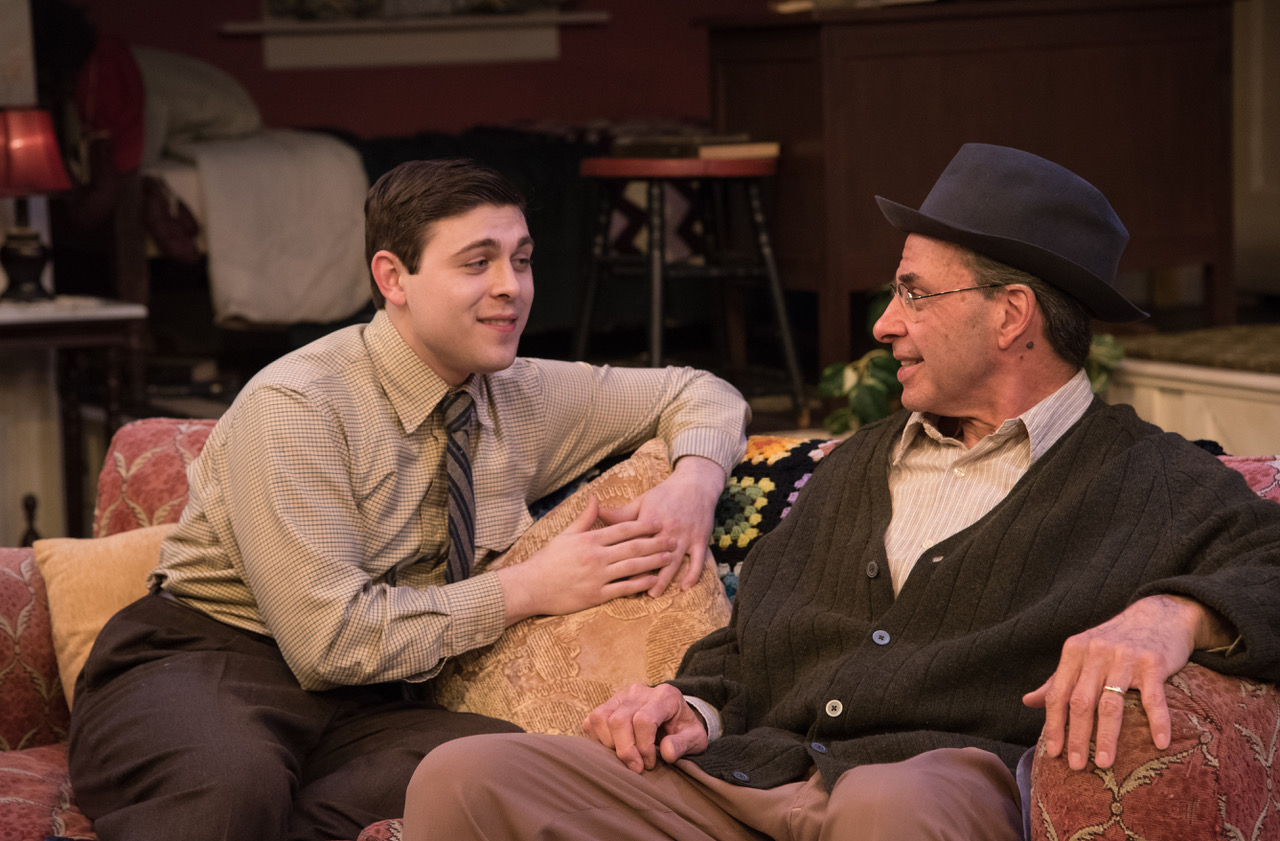 Virginia Rep at Hanover Tavern opened the third installment of Neil Simon’s autobiographical trilogy, Broadway Bound, on March 15. The show follows the success of the theater’s 2015 production of Brighton Beach Memoirs, and reunites some of the same cast.

In this third installment, Eugene and his older brother, Stanley, are desperately trying to break into show business as professional comedy writers. But when the network gives them a chance, and the show they wrote a piece for doesn’t get the reception from their family they expected, life in their household gets very complicated.

Simon’s writing style has depth and lots of layers to each character but he laces any dramatic sequences with humorous one-liners as a way to break the tension. Unlike some of his plays that are filled with humor, Broadway Boundhas more of a heavy-handed approach to the drama. There is still humor, but not as much as in some of Simon’s plays.

The actors that director Steve Perigard has assembled deliver solid performances that give you insight into Eugene’s family and the brewing situation at home.

C.J. Bergin (Stanley) and Jeff Clevenger (Jack, the family patriarch) have a chemistry that produces some heated discussions about different perceptions and realities. Their acting allows you to feel the building tension between the father and son.

Commanding the stage are Jill Bari Steinberg (Kate, the family matriarch) and Tyler Stevens as Eugene, both recreating their roles from Brighton Beach Memoirs. Both provide honest performances that ring true to their characters and carry on the legacy of the prior show.

The action flows at a fast pace, but slows occasionally for some self-reflection . As a playwright, Simon packs so much into the script that at about two hours and forty minutes the show seems overly long.