Richmond, VA- Thanks to the efforts and commitment to recycling by central Virginia citizens and businesses the Virginia Department of Environmental Quality (VA DEQ) has notified Central Virginia Waste Management Authority (CVWMA) that its regional recycling rate has once again exceeded 55 percent! This means that an estimated 58.4% of the waste generated in our region for Calendar Year (CY) 2013 was recycled and kept out of area landfills. This is a slight increase from CVWMA’s rate of 57.4% for CY 2012.

CVWMA, a cooperative government agency that coordinates recycling and other waste management programs with thirteen area local governments, compiles the annual regional recycling rate and submits the information to the Virginia Department of Environmental Quality. State law requires that the region recycle at least 25 percent of their waste each year.

Nearly 182,855 tons of paper-related material (newspaper, office paper and cardboard) was recycled in 2013. Yard waste and wood waste which are chipped into compost or mulch comprise another 224,169 tons recycled. Metals, textiles, glass and plastic are also measured for the report. Auto bodies, appliances, and assorted other metal items made up the nearly 49,645 tons of metal that were recycled in 2013. Clothing donations to organizations such as Goodwill and the Salvation Army contribute to the textiles total of about 4,483 tons.

The trash generation figure is an estimate based on national research. The Environmental Protection Agency (Franklin Associates) estimates that citizens create an average of 4.38 pounds of trash per person per day. This is the lowest waste generation rate since the 1980’s.

The regional rate has remained above 55 percent for the past several years, making central Virginia one of the highest recycling regions in the state. Variations in the rate are attributed to the number of businesses who provide information to CVWMA. Contributions are voluntary. 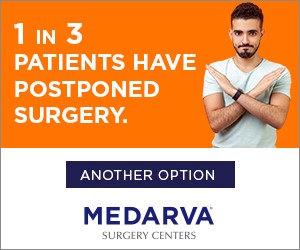