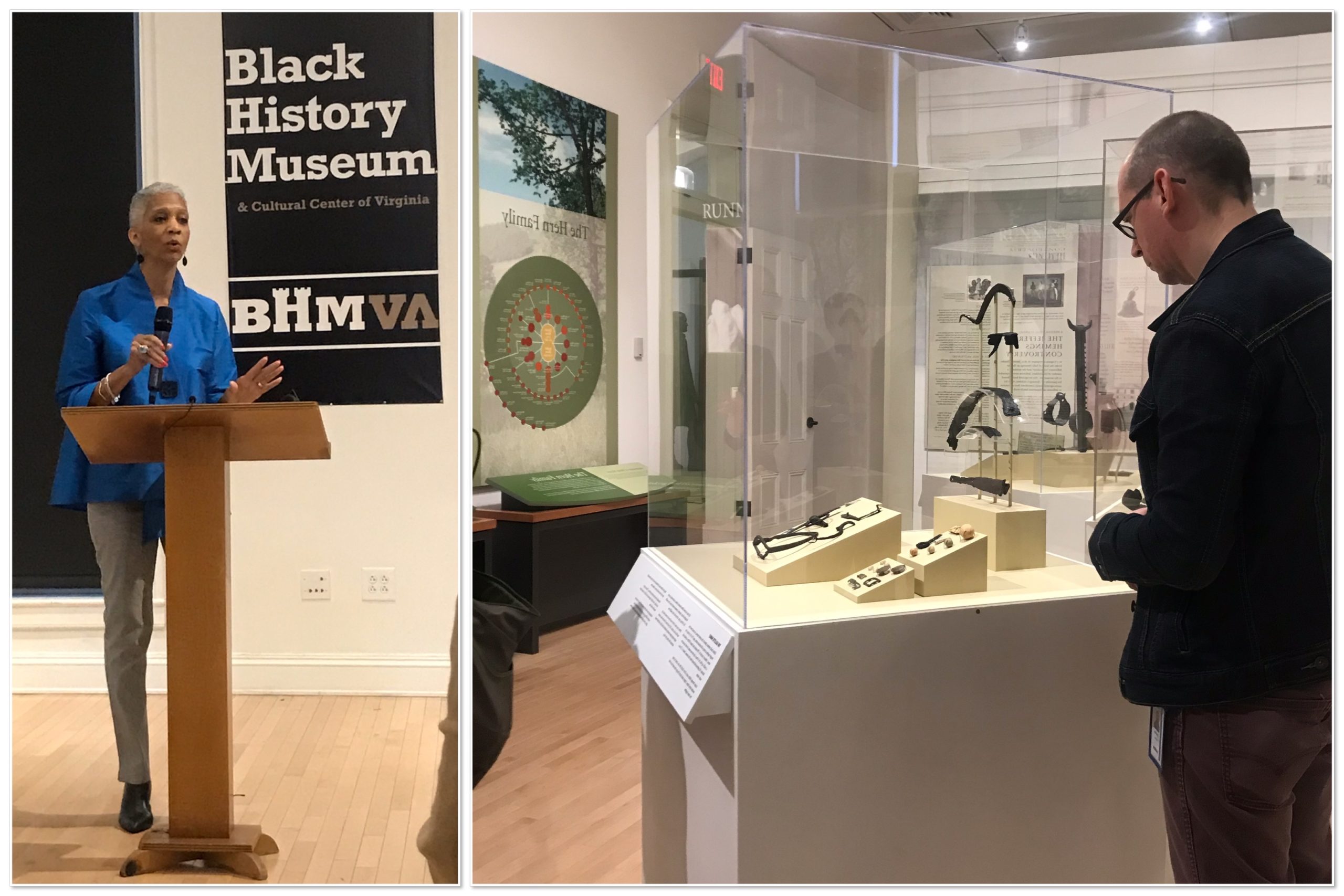 The Black History Museum and Cultural Center of Virginia (BHMVA) hosts Paradox of Liberty: Slavery at Jefferson’s Monticello through November 28. BHMVA is the only venue in the Mid-Atlantic currently scheduled to present the national traveling exhibition. Thought-provoking and powerful, the exhibition explores the lives of the enslaved community at Monticello.

Thomas Jefferson drafted the Declaration of Independence and considered slavery to be “an abominable crime,” yet over the course of his lifetime he owned 607 people. Paradox of Liberty: Slavery at Jefferson’s Monticello (Paradox) gives voice to six of the enslaved families who built and maintained Monticello, Jefferson’s plantation. It brings individuals and families out of the shadows of slavery to add a crucial human dimension long missing from many resources on slavery in Virginia and the United States.

Paradox began as a partnership between Monticello and the Smithsonian National Museum of African American History and Culture in Washington, D.C. and was described as “groundbreaking” in the Washington Post. The exhibition centers on the lives of enslaved people including the families of Edward and Jane Gillette; George and Ursula Granger; Elizabeth Hemings and her children, including Sally Hemings; David and Isabel Hern; and James and Cate Hubbard.

With more than 300 archaeologically recovered artifacts, documents, text panels, photographs, and multi-media features, the exhibition explores the legacies of slavery and the lives of Monticello’s enslaved families, making for a visually rich and powerful presentation. Among the contents there are also objects belonging to Thomas Jefferson and Sally Hemings, the enslaved African American woman who gave birth to six of Jefferson’s children. Using material from the Getting Word Oral History Project, the exhibition follows the families through Emancipation into the present. It comes to the Richmond region as the result of a partnership between the Black History Museum and Monticello with sponsorship from corporations and foundations, including Dominion Energy, exhibition lead sponsor.

“This moving exhibition probes important questions that are relevant, timely and inspiring,” said Hunter A. Applewhite, president of the Dominion Energy Charitable Foundation. “It offers essential insights into not only where America has been, but where it is today – and where it’s going. We’re immensely gratified that we can contribute to that conversation.”

The yearlong planning process to bring Paradox to the BHMVA culminates with the public opening on January 18, and it will be the largest exhibition to date to be displayed at the BHMVA. Adele Johnson, museum executive director said, “Hosting Paradox offers an amazing opportunity for the museum to not only present a historically significant and culturally enriching exhibition, it also demonstrates our capacity to deliver to scale national exhibitions presented by our larger counterparts.” To augment the exhibition, there will be guided tours, a panel discussion with descendants of Thomas Jefferson and the enslaved community, documentary screenings, historical lectures, and student activities including scavenger hunts and hands on activities. “Our hope is that visitors will use their experience of viewing the exhibition as a starting point to engage in conversations and healthy dialogue about the impact of slavery on our lives today,” said Johnson. 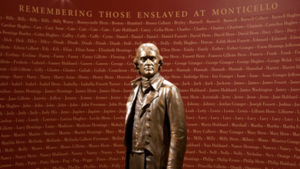 Exhibition co-chairs are Daphne Maxwell Reid, actor, photographer, and education activist, and Ed Ayers, president emeritus of the University of Richmond and renowned historian. “The Black History Museum of Virginia has scored a major coup in bringing Monticello’s powerful exhibit to Richmond. Through this partnership, we will be able to see into the enduring paradox at the heart of our history: how the reality of slavery could live alongside a vision of freedom that inspired the world,” said Ayers.

Said Maxwell Reid, “It is long past the time to make sure that Virginia history is inclusive of all who participated in its creation. Too long have the real stories of the talents, strength, and endurance of so many been ignored. Our citizens must know the whole story to be able to appreciate and honor all who have made American history. In addition to serving as exhibition co-chairs, Ayers and Maxwell Reid will participate in exhibition programming.

Paradox of Liberty: Slavery at Jefferson’s Monticello is a must see for all ages and all people. By seeing life as it was for enslaved African Americans, we can better understand how their lives shaped our nation. Gayle Jessup White, community engagement officer at Monticello and Jefferson descendant summed it up by saying, “Our sweeping American story, wonderful and woeful as it is, leaves out too many people who have been denied and disregarded, folks who should be returned to our national narrative. This exhibition breathes life into those forgotten individuals, restoring to them their humanity and their place in history.”

Paradox of Liberty: Slavery at Jefferson’s Monticello was previously shown at the Smithsonian Institute, Washington, D.C., African American Museum, Dallas, Texas, and most recently at the Charles W. Wright Museum, Detroit Michigan. After the Black History Museum, the exhibition will be displayed at the National Underground Railroad Freedom Center in Cincinnati, Ohio.

Exhibition tickets and tours can be purchased in advance by visiting the BHMVA website at BlackHistoryMuseum.org or by contacting the museum at 804.780.9093. Make reservations and review the museum’s COVID-19 safety guidelines.