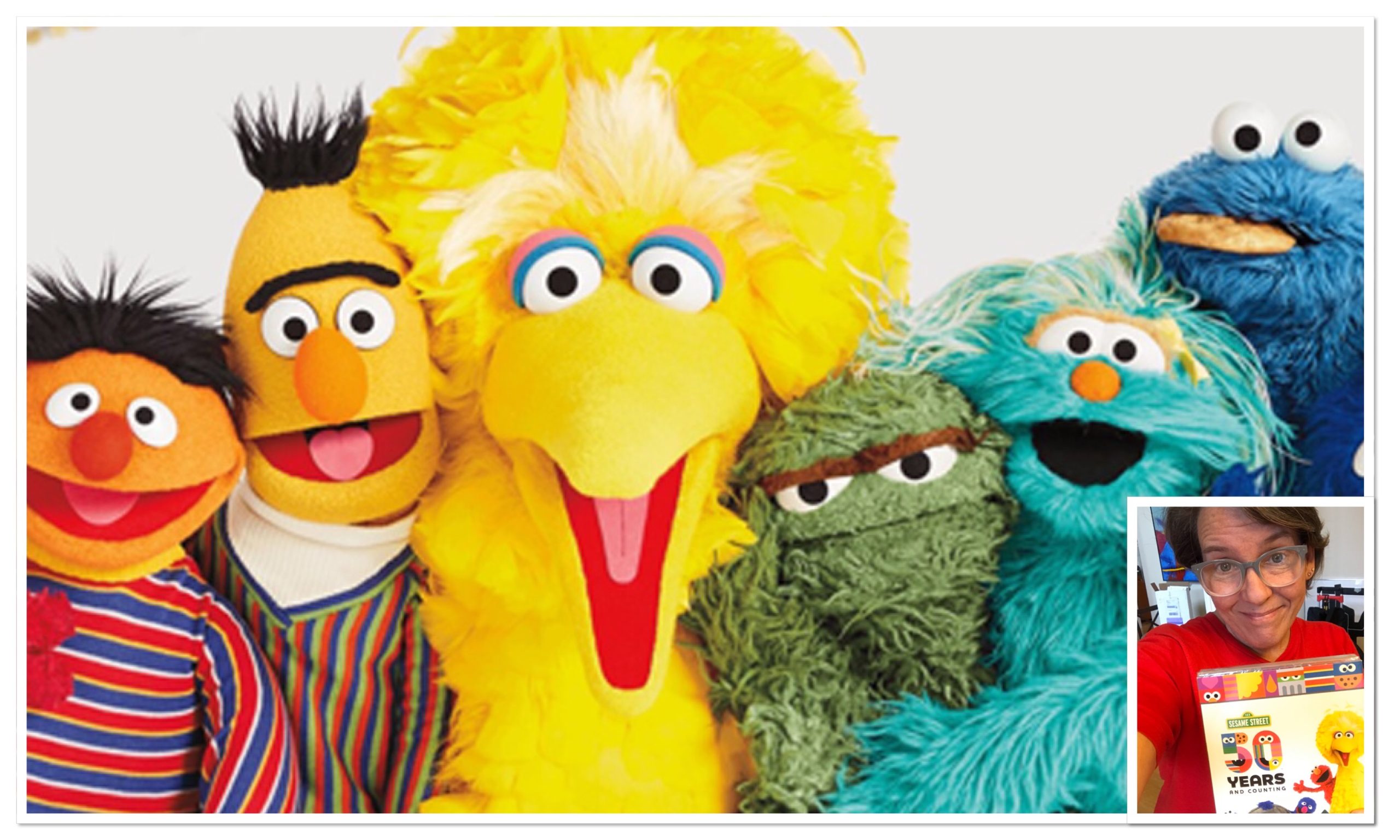 It’s no surprise to me that Sesame Street is such an important part of so many families’ lives – or that the show is fifty years old this year. I was an original Sesame Street kid! The first episode of the iconic children’s show aired in November of 1969 and as a preschooler, I’m pretty sure little Karen was there for it.

Of course, fifty years ago, media played nothing close to the role it plays today when it comes to a child’s growth and development. From early childhood, I only remember Sesame Street and Mr. Rogers Neighborhood. (Later, the Electric Company and Zoom were favorites.)

But because of this positive experience as a child, PBS was the first place I turned when it was time for my kids to discover the wonders of the small screen. What a delight to find out that Sesame Street had stood the test of time. My kids loved it as much as I had as a child. Now, this glorious birthday bash DVD, Sesame Street: 50 Years and Counting, celebrates everything we’ve all come to love about a children’s show that has not only entertained kids, but helped them fall in love with learning for half a century. 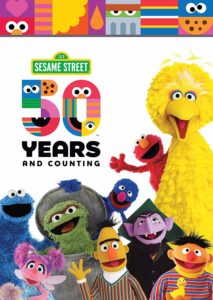 The 2-disc set from Shout Kids and Sesame Workshop is packed with some of the most beloved moments from the show, featuring classic clips with REM and Patti LaBelle, songs from Solange, Sara Bareilles, Janelle Monae, and Josh Groban, and laughs with Amy Poehler, Jeff Goldblum, and Ricky Gervais.

Five-and-a-half hours of superb children’s programming includes the most iconic segments from Sesame Street’s history. Over the years, Sesame Street has helped generations of families explore big topics through little moments like these: the neighborhood’s poignant farewell to Mr.Hooper; the dramatic reveal of Big Bird’s not-so-imaginary friend, Mr. Snuffleupagus; and the debut of Julia, the first Sesame Street Muppet with autism.

50 Years and Counting also lets fans of all ages revisit the lighter side of Sesame Street: Super Grover’s many crash-landings, Bert and Ernie’s classic comedy-duo antics, moments with human friends like Bob, Maria, Luis, Susan, and Gordon, and much more. Plus, there’s REM’s joyful rendition of “Furry Happy Monsters,” and Ricky Gervais trying – and failing– to sing Elmo to sleep.

With award-winning and celebrated content from all five decades of the beloved show, 50 Years and Counting offers something for everyone – from the very young to the young at heart. Available online and at Target, Walmart, and wherever you purchase media. If you’re on the lookout for a fun family gift this holiday, I highly recommend Sesame Street: 50 Years and Counting.