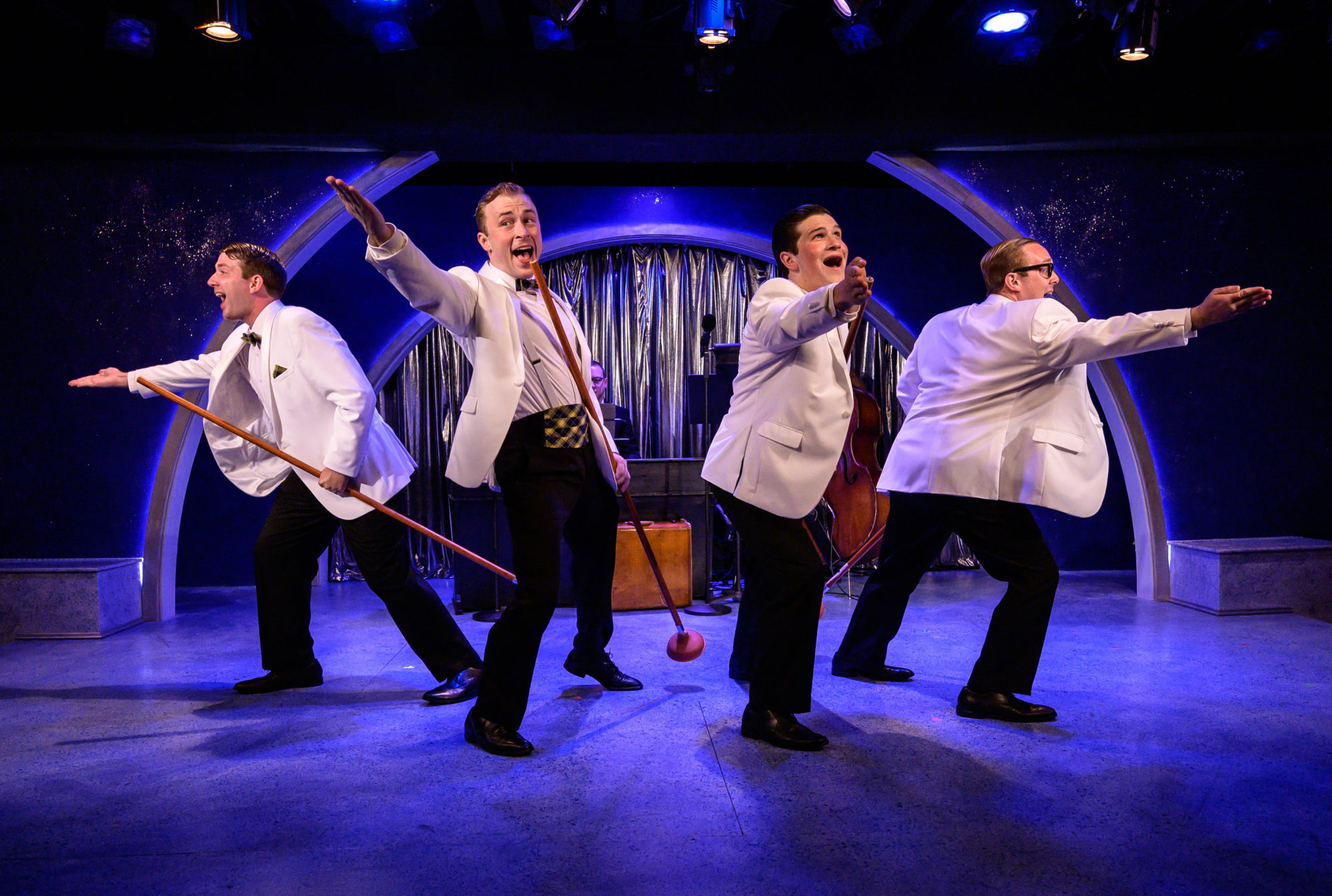 If you’re up for some laughs this summer, you’ll want to head over to Hanover Tavern for Virginia Rep’s production of Forever Plaid.

This fun-filled show is a musical revue that keeps you laughing. The premise may be a bit far-fetched to some – the four members of the group Forever Plaid are killed in a collision with a school bus filled with Catholic schoolgirls on their way to see the Beatles on The Ed Sullivan Show. The guys come back from the after life to perform one last concert.

The entire success of the show is dependent on the voices and close harmonies of the group, and Mitchell Ashe (Sparky), PJ Llewellyn (Smudge), Ian Page (Jinx) and Caleb Wade (Frankie) deliver a smooth, solid sound. Ashe, the youngest member of the group, has some of the funniest sequences in the show.

While millennials may not be familiar with the musical numbers performed, anyone over forty-five will be able to relate. The same holds true for the most hilarious scene in the show featuring The Ed Sullivan Show. Anyone that used to watch the long-running show can conjure up the exact images of every character that joined Ed on the stage.

Ashe, Llewellyn, Page, and Wade interact and react to the audience – yes there is audience participation – effortlessly. Their timing is on target and their portrayals bring each character to life in a natural, genuine way.

Even though the group performs twenty songs during the show they are just as fresh and in sync with the last as they are the first. And, they’re just as funny.

Forever Plaid is fun, light, and entertaining. Perfect for the hot, steamy days of summer, the family-friendly show runs through August 25 at Hanover Tavern. Just one caveat – as mentioned, young children may not be able to relate to the music or the jokes. If the family loves good music, however, this one is a gem.

Go here for showtimes and tickets.