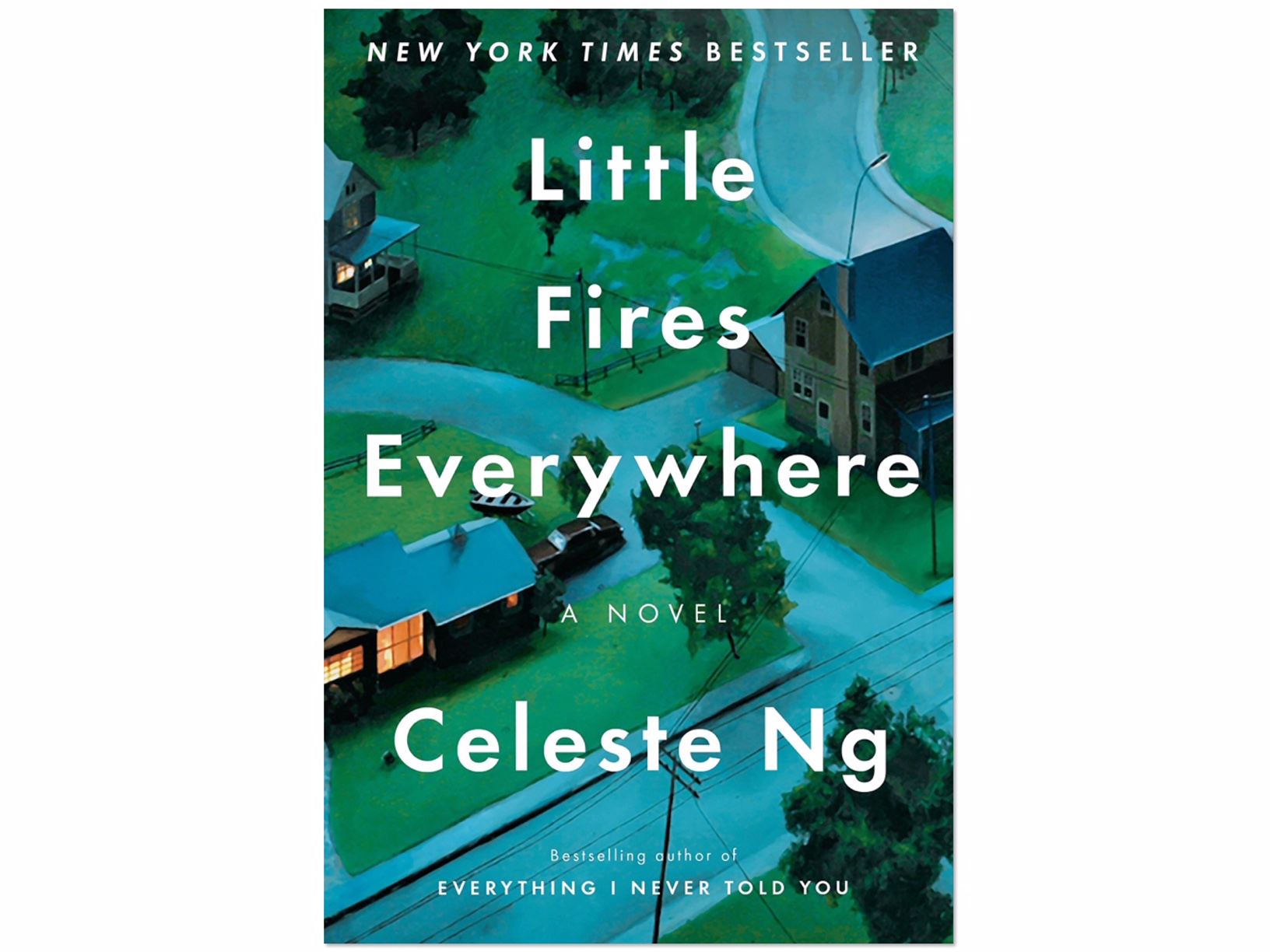 Every month on the RFM Bookshelf, RFM team members share a book they’ve enjoyed. Maybe you will, too!

Read Little Fires Everywhere before you watch it on the small screen on Hulu.

In Little Fires Everywhere, author Celeste Ng thrusts you into the idyllic neighborhood of Shaker Heights, a suburb of Cleveland, and into the idyllic mind of Mrs. Richardson, who, in the first scene of the novel, is watching her formerly idyllic house burn to the ground. You meet her family — her husband, Mr. Richardson, whom she met in college and married shortly after, and her four high school-aged children, who thanks to Ng are written with empathy and studious observation. You also meet Mia Warren, an artist who has promised her teenage daughter, Pearl, that this will be their last move after a lifetime on the road. The two families seem different, and they are — but as their lives begin to overlap and tensions rise, it becomes impossible to view any of the characters in black and white.

Without ever reaching for the automatic intimacy of first person, Celeste Ng paints a narrative about race, relationships, and family with an adept and nuanced brush. Her prose floats from character to character, inviting the reader into the minds and hearts of both her central actors and players who make only brief cameos in the story. An engrossing storyteller, Ng holds the novel’s mystery in the palm of her hand, guiding the reader through a discomfiting garden maze of decisions, history, and memory. You won’t be able to put it down, and you may not look at your community the same way again.