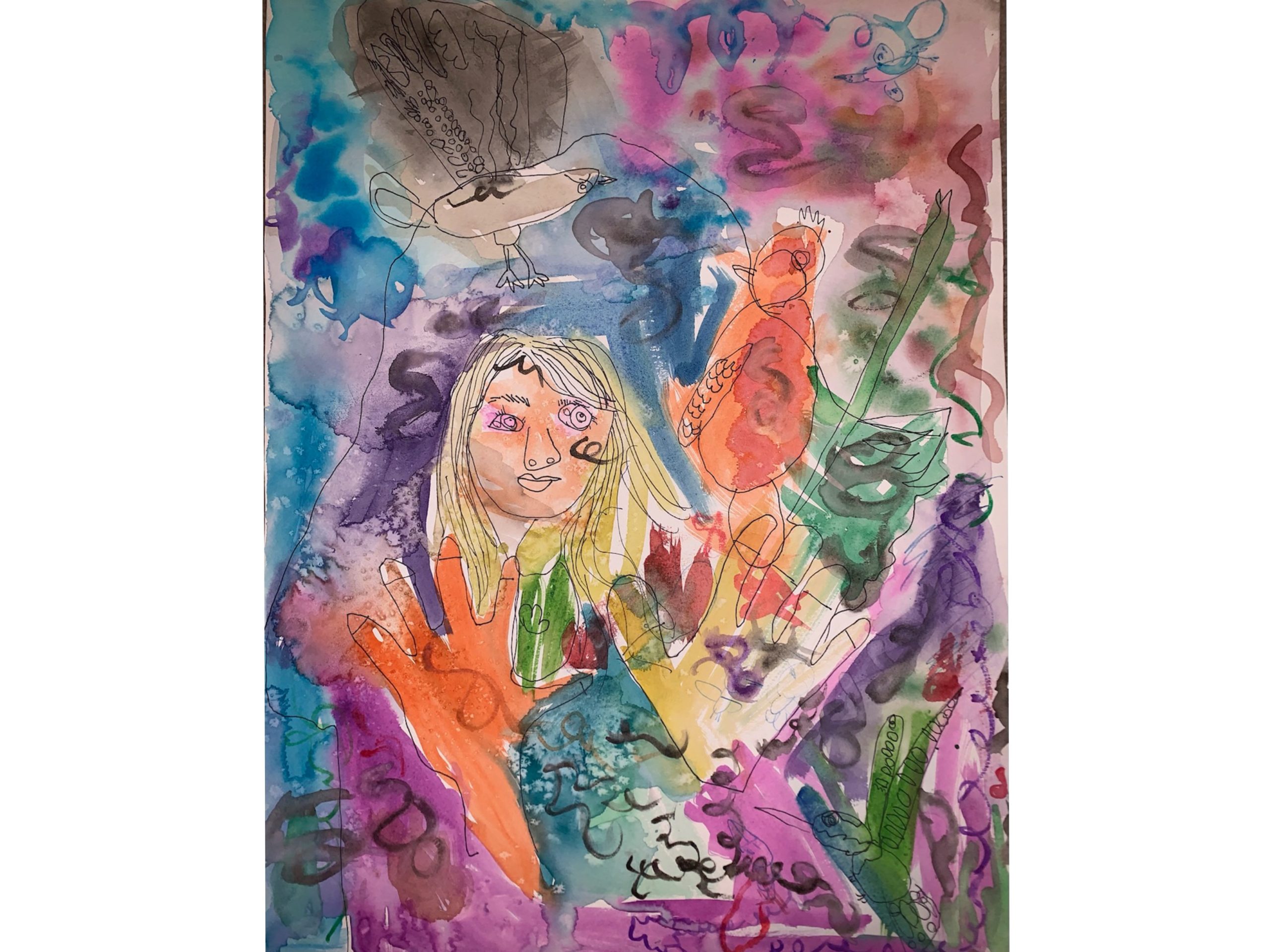 Emilia (Emi) Miller enjoys birdwatching with her grandfather Richard Shreckhise. “My father is very good at identifying birds and Emi has spent a lot of time with him since she was little and shares his love for birdwatching,” said Sarah Shreckhise, Emi’s mother.

So when an art contest was announced by the PTA at Emi’s school in Chesterfield last year, Emi knew just what she wanted to paint.

Sarah says the piece Emi created is how she thinks her Pop views her and shared what Emi wrote to accompany her abstract artwork that features birds and a self-portrait: “I matter because my Pop loves me. He is special because he has Alzheimer’s and he doesn’t always understand stuff. My art shows me and Pop. It might be what he sees when he is confused. I love my Pop.”

“We all think it’s striking that at seven years old, she was able to express how his brain is different and how he likely sees her,” said Sarah whose father, a retired pastor, was diagnosed with Alzheimer’s four years ago.

Emi’s artwork won the top prize at her school’s PTA contest and went on to receive an “Award of Excellence” at the county level. Emi’s family has participated in the Walk to End Alzheimer’s and Emi and Sarah are currently looking at ways to use Emi’s artwork to create a fundraiser for the Alzheimer’s Association.

Read more in RFM about living with Alzheimer’s disease here.