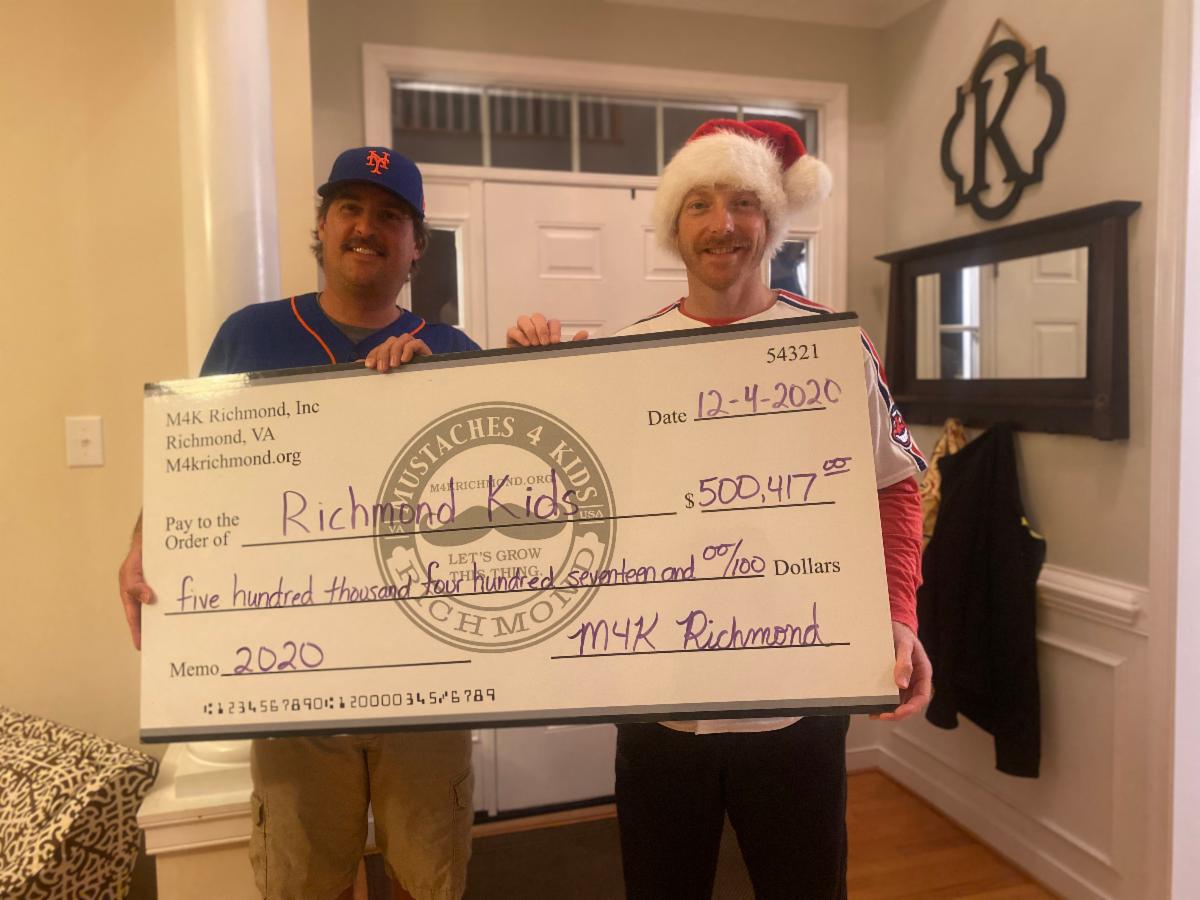 Mustaches 4 Kids (M4K) Richmond, a charitable organization where men grow mustaches to raise awareness and money for local children’s charities, recently announced the results of its 2020 fundraising campaign, with $500,417 raised in just one month.

This year’s “growing season” ran from November 4 to December 4, with results announced during a virtual ‘Stache Bash’ on December 4 to mark the culmination of the campaign. The fundraising total is the most the organization has raised in a single year since the volunteer-run organization was founded in 2003. In 2019, the group raised $360,000 – the previous highest results on record. Since 2003, the group has been able to raise $2.3 million for local children’s causes.

“Given the tough year that 2020 has been for everyone, we are thrilled and humbled by the success of our November fundraising campaign,” said Ben Keefer, board member with Mustaches 4 Kids Richmond. “We are honored and very appreciative of the partnership we have with CHoR and all of our nonprofit partners. We recognize that we get to have fun growing mustaches and raise a little bit of money while they do the hard work for children in our community.”

The new facility, scheduled to open in early 2023, will recognize the work of M4K Richmond with naming rights to a performance and multipurpose space that will be located in the Wonder Tower, which will house CHoR’s inpatient, emergency and trauma services. The space will be an entertainment place for children and families that will host concerts, presentations and activities.

“We look forward to the Mustaches 4 Kids season every year because we see so much excitement and engagement from the entire community, including many of the CHoR doctors and CHoR dads,” said Lauren Moore, president and CEO of Children’s Hospital Foundation. “It’s a light-hearted campaign that makes a huge impact for Children’s Hospital of Richmond at VCU. We’re so grateful for their continued support and we can’t wait to unveil the new performance space named in honor of this group.”