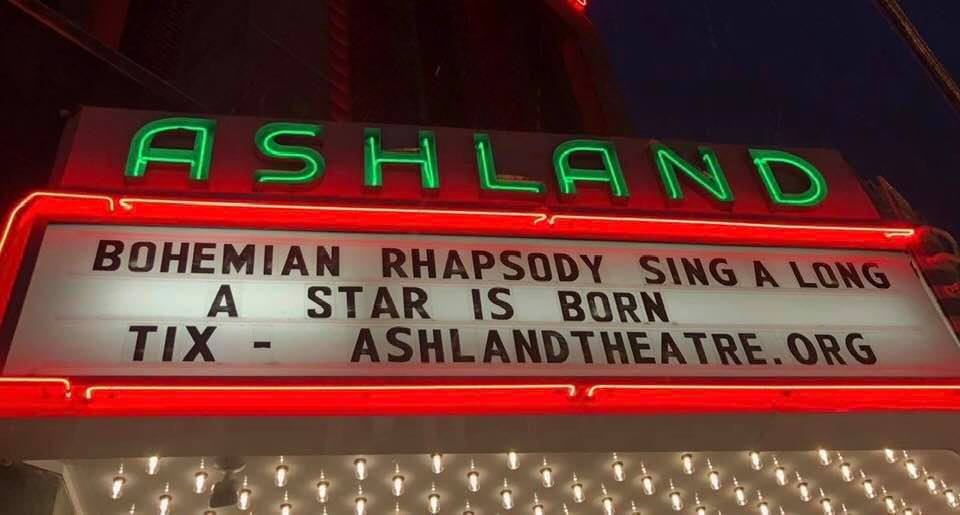 “We are thrilled to bring these two award-winning films to Ashland Theatre,” said Douglas Love, president and CEO of Ashland Theatre Foundation. “The stories in these films align so perfectly with our mission to bring exceptional film, live performance, and live music to the community.”

Channel your inner Freddie Mercury at special sing-a-long evening screenings of Bohemian Rhapsody on January 18, 19, and 24 at 7:00 p.m. The film will be accompanied by captioned lyrics and costumes are optional, but encouraged.

“The sing-a-long screenings of Bohemian Rhapsody in particular reflect the kind of unique and fun events you can expect to see from us in the future,” Love said.

Matinee and evening screenings of Bohemian Rhapsody and A Star is Born will run for one week — January 18 through 23. Go to ashlandtheatre.org for a full list of showtimes and to purchase tickets. Advance purchase is strongly advised as many showtimes are expected to sell out. Adults: $10; Children (12 & under)/Student/Senior/Active Military: $8; Matinee: $6.50. 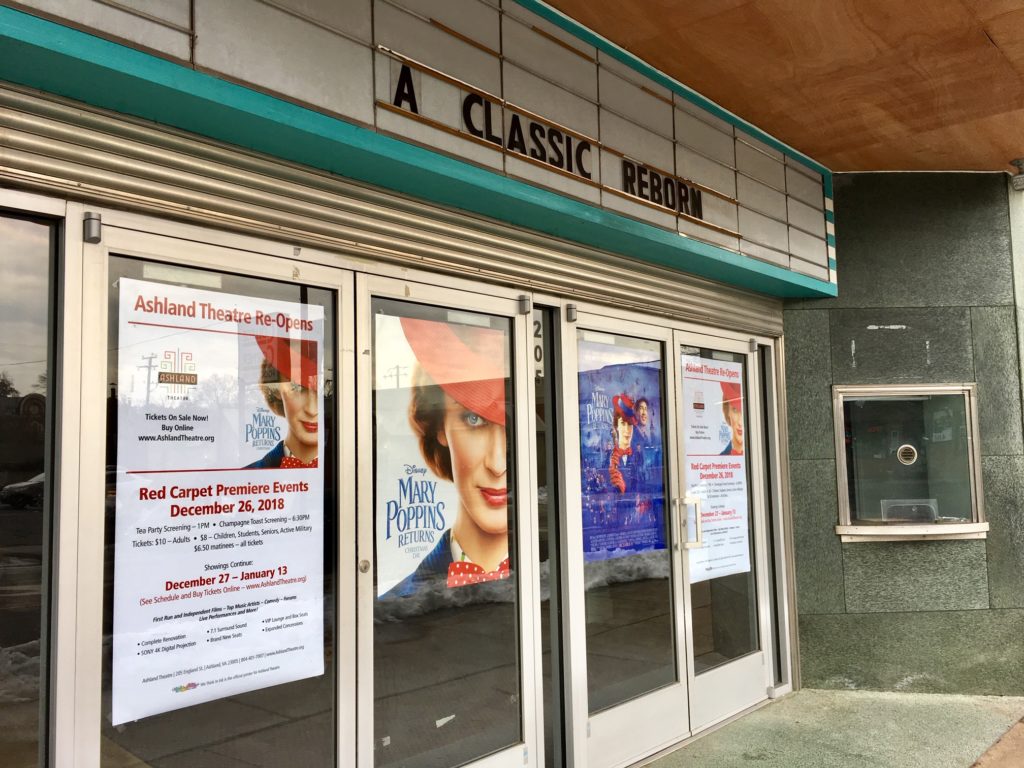 Ashland Theatre is located at 205 England Street in Ashland, Virginia. Owned by the Town of Ashland, the theatre building celebrates its 70th year as it re-opens its doors. Ashland Theatre features a new, state of the art 4K Sony projection system and 7.1 surround sound system. Brand new plush seating, expanded concession stands, full ABC license and a VIP lounge with box seats to accommodate up to 300 patrons. For more information, visit www.ashlandtheatre.org or call (804) 401-7007.

Bohemian Rhapsody is an enthralling celebration of Queen, their music, and their extraordinary lead singer Freddie Mercury (Rami Malek), who defied stereotypes and convention to become one of history’s most beloved entertainers. Following Queen’s meteoric rise, their revolutionary sound and Freddie’s solo career, the film also chronicles the band’s reunion and one of the greatest performances in rock history.

A Star is Born (R) follows the story of seasoned musician Jackson Maine (Bradley Cooper) who discovers-and falls in love with-struggling artist Ally (Lady Gaga). She has just about given up on her dream to make it big as a singer – until Jack coaxes her into the spotlight. But even as Ally’s career takes off, the personal side of their relationship is breaking down, as Jack fights an ongoing battle with his own internal demons.