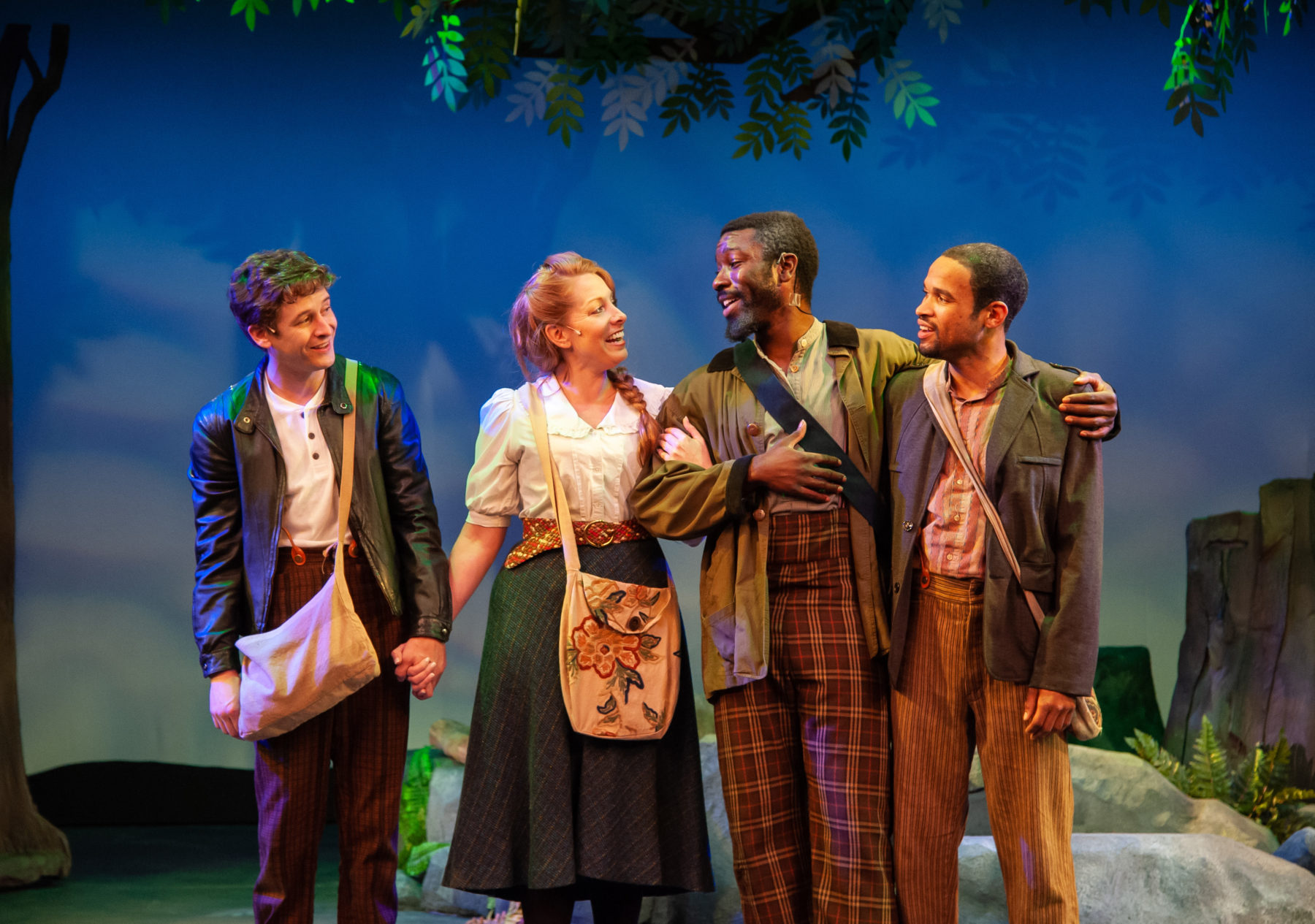 It’s always fun to see a play after reading the book and/or watching the movie. Since my boys and I had read Tuck Everlasting and watched the movie version together in the last year, I was excited to see the musical version of it at Virginia Rep Children’s Theatre at Willow Lawn.

I’m not gonna lie, my 11-year-old son was not jumping for joy at the thought of leaving his weekend leisure activities (and pajamas) and heading to Willow Lawn on a rainy Sunday. “If we’ve read the book and seen the movie, why do we need to see the play, too?” he asked.

I reminded him that every single time I drag him somewhere he doesn’t think he wants to go, he always, always tells me afterward that he’s glad he went. Spoiler alert: This outing was no different!

Tuck Everlasting (Theatre for Young Audiences Edition) follows the story of 11-year-old Winnie Foster, portrayed beautifully by Lucy Caudle, a ninth grader at Maggie Walker Governor’s School and Richmond Theatre Critic’s Circle nominee for Most Promising Newcomer. Winnie feels trapped in her small-town existence and the grief that surrounds her family after the recent death of her father. She longs for escape and adventure. She finds it when she sneaks away into the woods by her house, where she has a chance encounter with Jesse Tuck, played by the talented Taylor Witt in his debut performance with Virginia Rep. Jesse shares the secret of a magic water spring on Winnie’s family’s property. Soon after, Winnie meets Jesse’s brother and parents, who have not aged for over a century after unknowingly drinking the magical water from the enchanted spring.

The play overflows with excellent performances from all eleven cast members, each of whom seemed made for the role they portrayed. Dan Cimo nailed the villain as “The Man in the Yellow Suit,” and Jon Cobb and Harrison Gray worked so well together in their scenes as Constable Joe and his young protégé Hugo. The musical number “You Can’t Trust a Man” featured their brilliant physical comedy to go with the witty lyrics describing “The Man in the Yellow Suit.”

It was fun for my son and I to whisper about what was the same and what was a little different from the book and movie as we watched the play, and then talk about the three different versions on the way home. Without giving too much away to those who aren’t familiar with the story, we’ll say that the theme of the story and the ending gives families plenty to discuss in a “what would you do” sort of way.

Virginia Rep’s Children’s Theatre at Willow Lawn has always been my favorite place to take kids to see a play because the theatre is set up with what is known as a thrust stage (also known as a platform stage or open stage), one that extends into the audience on three sides and is connected to the backstage area by its upstage end. What that means is that there isn’t a bad seat in the house, and the actors are really close to the audience, often using the entrance aisles for coming and going, much to the nearby kids’ delight. The relatively simple set for Tuck Everlasting keeps the focus on the amazing music and talented cast for the co-world premiere of this production, adapted from the 2016 Broadway version.

The show, which runs about seventy-five minutes with no intermission, is designed for children eight and up and perfect for the entire family. It was wonderful to see three generations of family members in the audience, all riveted by the story and musical performances onstage.