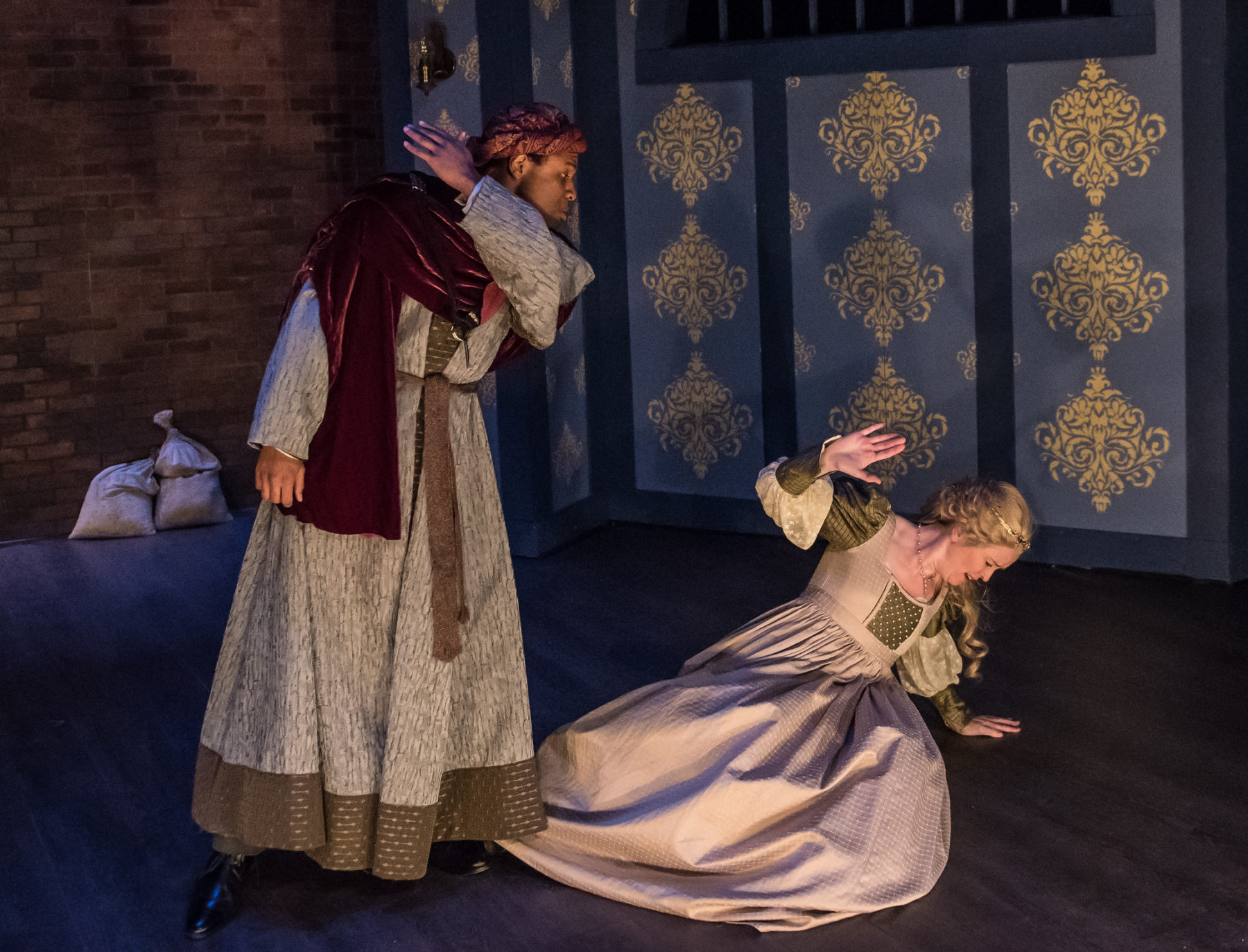 Quill Theatre’s Red Velvet tells the story of the American-born black actor Ira Aldridge. Through Aldridge’s life, the play examines issues of intolerance and prejudice that are as relevant today as they were in London in the 1830s, when Aldridge became the first black actor to play the lead in Othello at Covent Garden’s Theatre Royal.

Though the bulk of the action occurs within the walls of the Theatre Royal when Aldridge’s performance roiled London’s theatrical and social worlds, it opens and closes in Poland, in 1867, on a dying Aldridge (Jamar Jones in his Quill debut). His dismissive interview with Halina, a young female reporter, provides an intriguing setup before a scene change rewinds the clock to 1833.

Aldridge, then a 26-year-old rising star in England’s regional theater scene, has been tapped to step into the role of Othello after the renowned actor Edmund Kean has fallen ill. In the 1830s, London was in the midst of radical changes. Industrialization was disrupting the agrarian economy and swelling the populations of the cities. An emerging middle class with a changing political conscience was demanding reexamination of traditional social constructs. This backdrop is dry tinder, and Aldridge is a firebrand who torches the veneer of civilized society.

The play progresses through the obvious-yet-unstated discomfort of the cast at being asked to play opposite a black lead, to the scathing and racist reviews of his performance (full disclosure: the N-word is said aloud during this scene), to the ultimate shuttering of Othello and dissolution of the troupe. The play’s penultimate scene, a lengthy and passionate exchange between Aldridge and his manager/friend Pierre Laporte (played with pitch perfection by Eddie Webster), lays bare the double standards and unspoken biases that exist in any relationship between people of unequal social standing.

Jones, as Aldridge, carries the weight of the play on his shoulders. Though at moments, he pushes too hard and overwhelms the confines of the small venue, Jones admirably answers the challenge of such a demanding role. Jones is aided by cast members who supply him with ample talent for dramatic context. Frances Saxton as Ellen Tree and Cole Metz as Charles Kean play their parts with a credulity that allows the audience to feel the multiple nuanced layers of the play’s conflict. Rachel Dilliplane displays delightful range in her portrayal of multiple characters, most impressively Halina, the young Polish reporter. And as previously noted, Eddie Webster is fantastic as Pierre Laporte. And a special shout-out to Desirèe Dabney as Connie, a domestic servant who for much of the play is relegated to lines like “Yes sir,” or “Yes ma’am,” but when finally given a chance to speak, steals the scene.

Red Velvet is not a play for the faint of heart. Its unflinching examination of racism and, to a lesser extent, sexism, does not settle out along clean lines. Aldridge, though often heroic in his struggle against the racism that defines him down, is equally culpable in his treatment of the young female reporter as “a skirt and a face and nothing in between.” The cycle of oppression is repeated and recycled, and the play, though a period piece, is clearly intended to highlight these issues even up through current day. 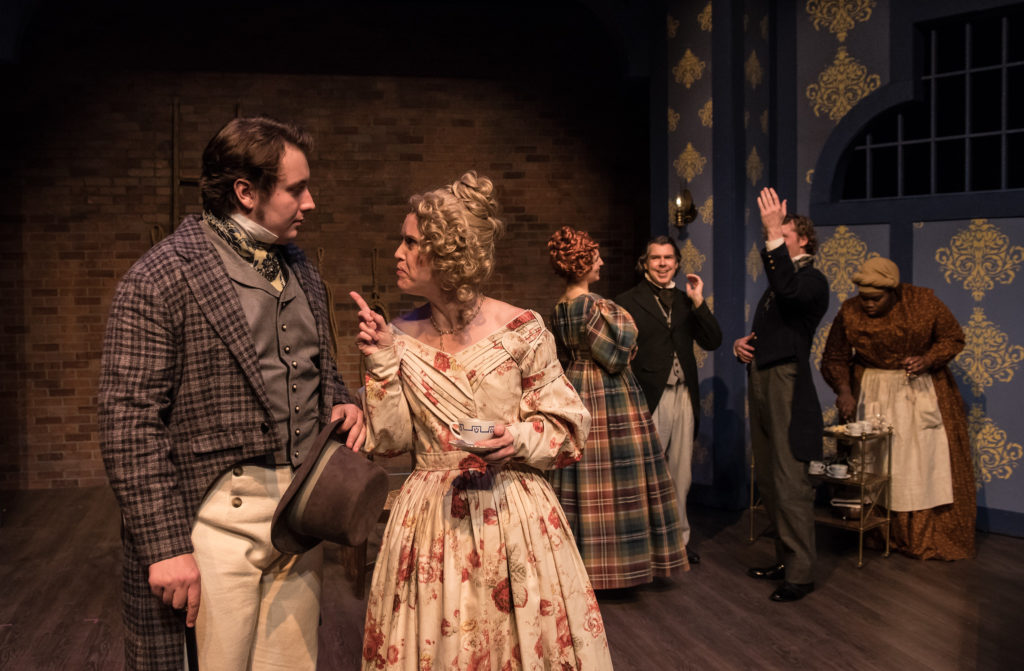 A writer and photographer, Chris Moore lives in the West End with his wife and their two sons. A regular contributor to RFM, he writes features, contributes photo essays, and for six years, chronicled true stories of parenting in the DadZone.