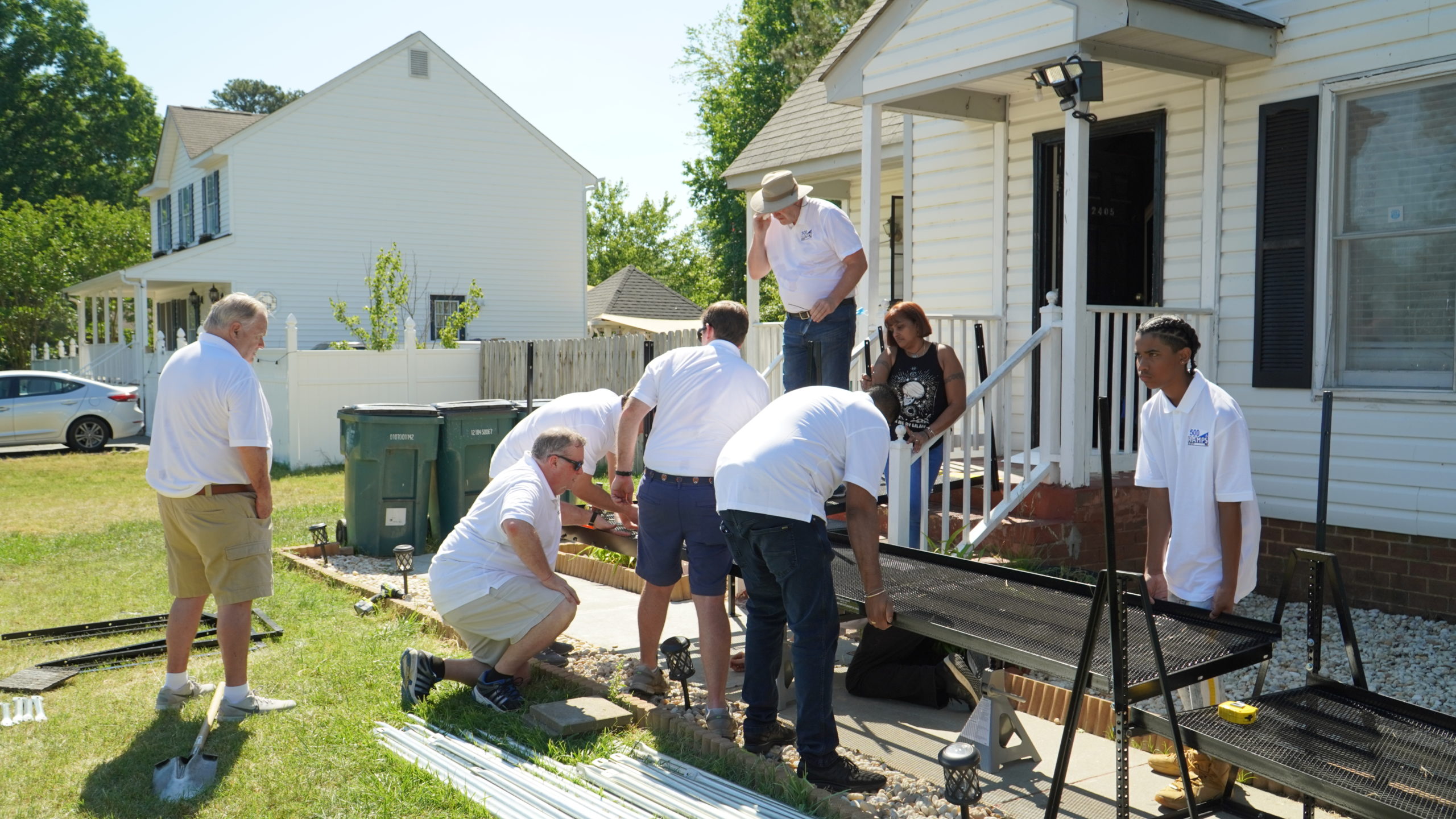 RampsRVA is celebrating a major milestone in the Richmond community  – the installation of its 500th wheelchair ramp.

RampsRVA is a local non-profit organization that builds modular wheelchair ramps for community members in need who have qualified for financial assistance. It was founded in 2005 by three high school students at Collegiate School and has since grown to more than 1,500 volunteers totaling more than 5,000 volunteer hours.

“What began as a small community service project amongst high school students has grown into a deeply impactful non-profit organization,” said founders Mike Dowd and Coleman Wortham. “500 ramps later, our mission of bringing mobility and independence to those who need it most is still sound, and we look forward to continuing to serve our mission.”

In the 16 years since its inception, RampsRVA has expanded from a group of friends looking to positively impact their community to a professional organization with a network that stretches across 27 high schools, colleges, and businesses in Henrico County, Chesterfield County, and the City of Richmond. Each ramp is assembled by a team of volunteers and can be recycled multiple times before it is retired. Throughout much of its history, RampsRVA’s volunteer base was dominated by students. While it still relies heavily on student volunteers, RampsRVA has expanded its volunteer base to include businesses in the Richmond area, partnering with several major employers who use the ramp installations as an opportunity to build stronger teams while giving back to the community. 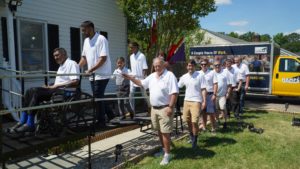 RampsRVA has continued to support the Richmond community throughout Covid. While it had to slow the pace of its builds to ensure the safety of its volunteers, the organization is proud to have assembled 56 ramps since last March. Despite that, significant demand still exists for RampsRVA’s services, as the organization maintains a waitlist that is approximately one-year long.

Some of those on the organization’s waitlist, including the recipient of the milestone 500th ramp, have been directly impacted by Covid. This ramp recipient lost use of his legs and suffers from other major health issues after battling Covid. Despite no underlying conditions, he was hospitalized for weeks and almost lost his battle with the virus several times. Thankfully, he has returned home, but it now requires four family members to carry his wheelchair down a set of steep stairs three times per week to make his dialysis appointments. For many recipients, their caregivers, and their family members, RampsRVA brings more than a ramp – it brings freedom.

The ramp being installed for this recipient is being donated by Amramp, a 15-year partner of RampsRVA. “We are humbly honored to have helped RampsRVA make life better for now 500 families and proud to partner with an organization that strives to help people with mobility concerns regain the independence and dignity we all deserve.” Said Amramp CEO Justin Gordon. “Congratulations to RampsRVA. We’re looking forward to helping the next 500 families and beyond together.”

Lyla, the daughter of a previous ramp recipient, said, “My mother and I would like to thank you and the students for building the ramp. I can now move my mother without having to depend on caregivers, friends, or family. You and your team are a blessing to those who need accessibility. May you all continue your work…you have enriched our lives.”