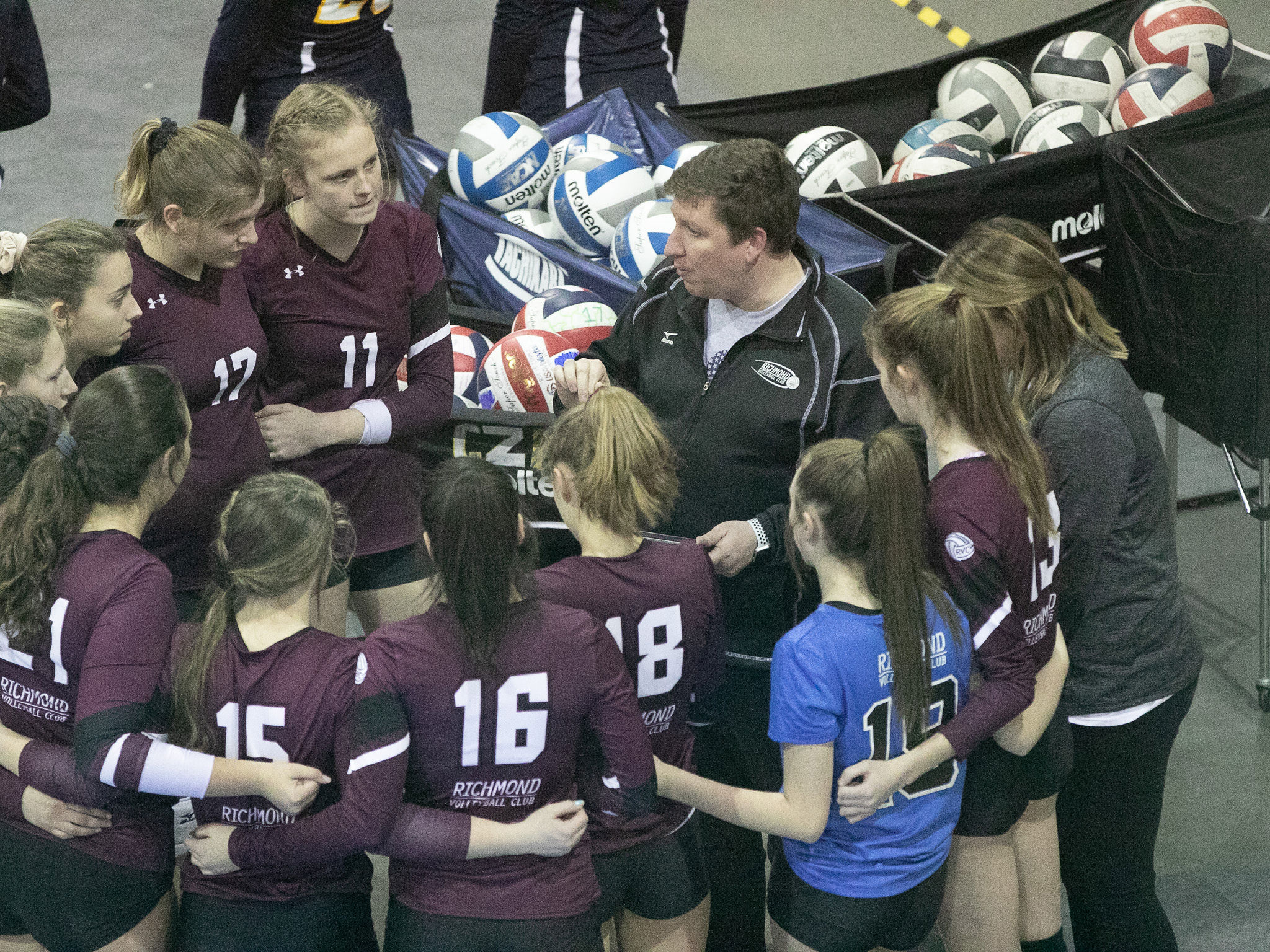 The 16th annual Richmond Volleyball Club (RVC) “Monument City Classic” tournament presented by Union Bank and Trust will host over 4,000 junior volleyball athletes – 350 teams on 45 courts, January 18 through 20, 2020. An estimated 6,000 spectators will be calling Richmond, VA home and the Greater Richmond Convention Center, Richmond Volleyball Club-Byrdhill, and the new Richmond Volleyball Club-Stonebridge their campground. Teams travel from Maryland, North Carolina, Delaware and beyond to claim blanket real estate (pic.1) in the convention center for eating, socializing, and resting between three days of fierce competition. The 10,000 visitors generate more than $4 million in economic impact to the Richmond metro area.

Skip Weston, Director of Facilities for RVC and Tournament Director for the event states: “This tournament is the first opportunity for these girls aged 12-18 to compete against inter-regional competition (pic.2). We understand how important events like this are for USA Volleyball programs as well as the economy in our metro area. Richmond Region Tourism and Sports Backers also support the tournament and lend to the spectator and player experience while visiting RVA.”

If you have never seen USA Junior Volleyball, it’s a fast-paced sport requiring athleticism, coordination, strength, agility, and mental toughness. It is also an exciting sport to watch and the fourth most popular at the summer Olympics. Volleyball has been part of the Olympics for both men and women consistently since 1964. The game of volleyball, originally called “mintonette,” was invented in 1895 by William G. Morgan after the invention of basketball only four years before. Morgan, a graduate of the Springfield College of the YMCA, designed the game to be a combination of basketball, baseball, tennis, and handball.