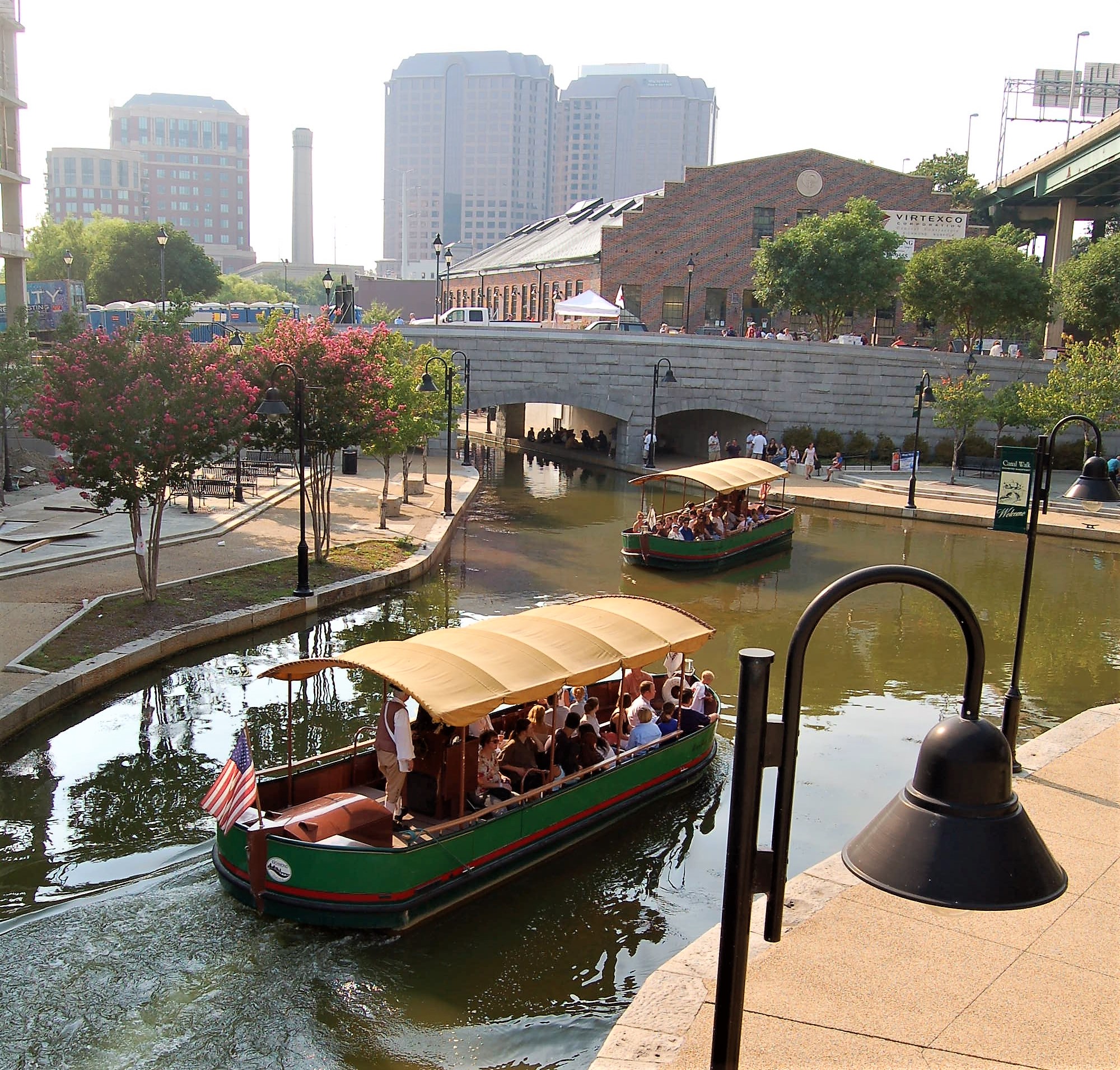 The James River and Kanawha Canal, originally designed by George Washington, was reconstructed as part of a broad economic development vision for downtown Richmond’s riverfront. The western canal, which includes Brown’s Island along Tredegar Street, was completed in 1991. The eastern canal, which includes the Turning Basin, broke ground in a ceremony for the canal on October 5, 1995. The canal boats celebrated their first tours starting on June 5, 1999.

Throughout the season, boat tours operate seven days a week from May through September, with varying hours in April, October, and November. Tours depart on the hour from the canal’s turning basin at 139 Virginia Street in downtown Richmond.

Tickets are sold on site at the canal boat kiosk and online twenty-four hours in advance at VentureRichmond.com.