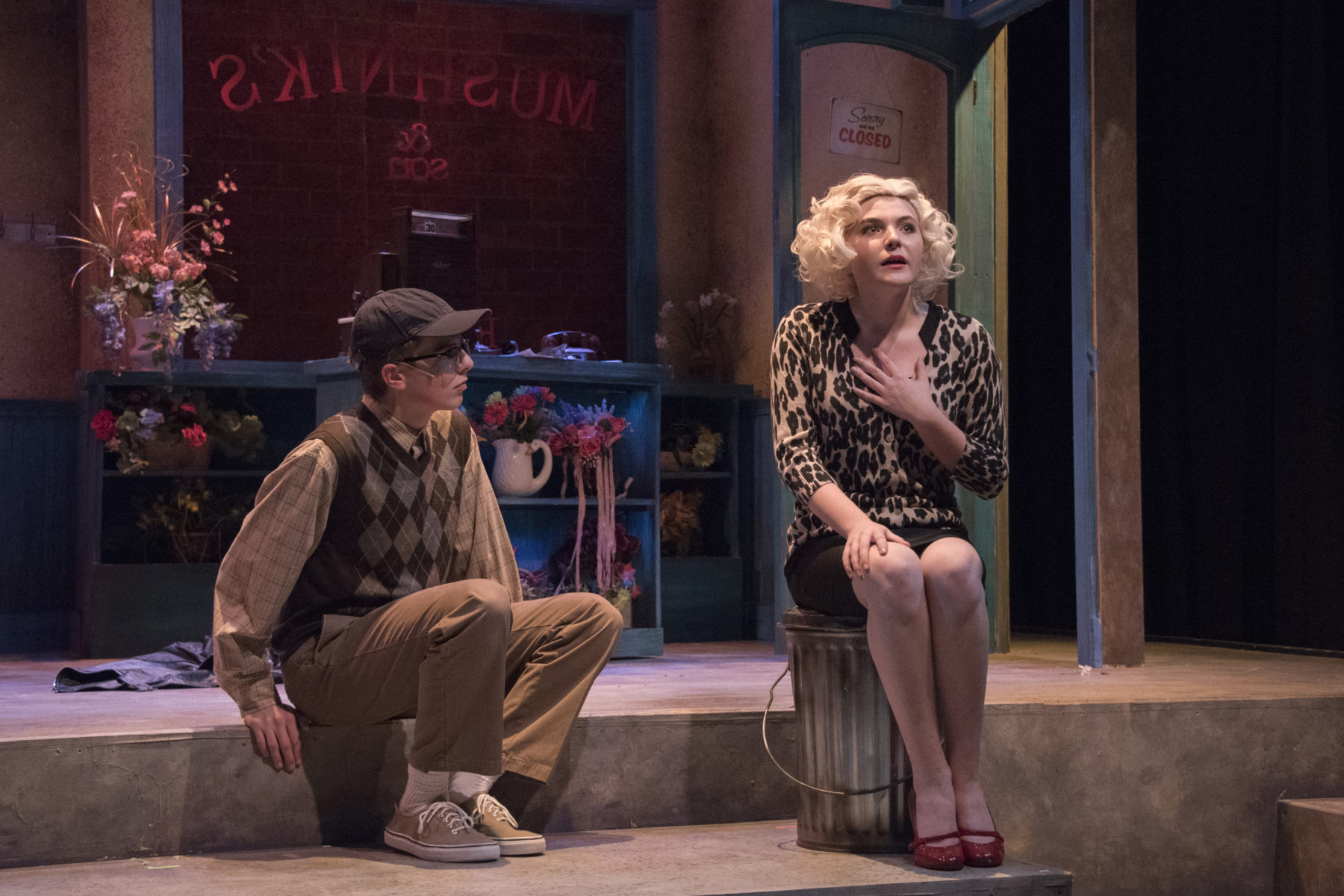 Five years ago, my now-wife Jennifer and I had our official first date at SPARC’s production of The Addams Family, so checking out Little Shop of Horrors from Richmond’s youth theatre was a no-brainer for me.

I absolutely love this show, and I’ve seen it enough times that I could easily sing along with the music and lyrics of Howard Ashman and Alan Menken. With Little Shop of Horrors, the creative team behind Disney classics The Little Mermaid, Beauty & The Beast, and Aladdin tells the rollicking tale of a nerdy Seymour Crelborne (played by Cullin Parrish), who becomes wildly popular for his discovery of his demonic Venus flytrap plant at an urban Skid Row florist.

Along the way, Seymour gets the girl and ultimately meets his doom by said plant. That’s the story in a nutshell, or maybe, in this case, the digestive system of the plant, named Audrey II for Seymour’s love interest, Audrey (played by Madeline Gore).

The show opens with an ominous narrator’s voice, and transitions to the “Little Shop of Horrors” opening number by a soulful pop trio (Izzy Scozzaro, DeJanyse Holland, and Makaylah Valentine). For those of you who remember the 1960s girl group, the Ronettes, you’ll hear the inspiration. Thankfully, these musical narrators return throughout the show, popping up in the most surprising of places.

As for the rest of the super-talented cast, Mr. Mushnik (Harrison Melton during our performance) runs the down-in-the-dump florist shop, and considers closing the shop until the squeaky bombshell employee Audrey tells him of a special plant that shop co-worker Seymour has been working on, thus introducing the smallest version of Audrey II, that you’ll see in the show.

It is at this point that not only does the shop stay open and prosper with customers, orders, and even the opportunity to provide all the roses for the Rose Parade, but it also begins the doom for the cast of characters.

If you’ve seen the 1986 musical movie, you will recognize many of the ensemble songs (“Skid Row” and “Da-Doo”), and other favorites (“Grow for Me,” “Somewhere That’s Green,” “Suddenly Seymour,” and “The Meek Shall Inherit”). The songs showcase the mature vocal talents of not only the trio of narrators, but also the talent of Taylor’s Mushnik, Cullen Parrish’s Seymour, and Gore’s Audrey, all of whom convincingly perform their northern accents not only in their lines, but also in their musical numbers.

I have to call out the multi-talented Darren Lage, who not only plays Audrey’s sadistic dentist and motorcycle-riding boyfriend Orin, but also plays a host of characters: store customers, TV producers, talent agents, and a strange LIFE Magazine owner, all of whom convince Seymour that he is the plant host with the most who needs to tell his story to the masses.

Not to give away any surprises about Audrey II, the constantly hungry and increasingly growing plant-star of the tale, but the pairing of the soulful vocals of Raylin Robinson, and the puppetry skills of Kourage Craig, make the larger-than-life heroic villain of the performance shine as bright as any of the Audrey II’s that I’ve seen in other productions of this classic.

All in all, this dark comedic musical is a classic family show, recommended for kids twelve and up. Although it does play to both adults and children, be forewarned of the surprises that await you all in this gruesome tale of green greed.

As with other SPARC productions I’ve thoroughly enjoyed, you really do forget that you’re watching talented young people perform a show that has been on Broadway just the way you would see it on Broadway. If you’ve never been to one of SPARC’s Spotlight shows, I highly recommend you start with Little Shop of Horrors.

Little Shop of Horrors is showing at Sara Belle November Educational Theater at the SPARC headquarters on Hamilton Street through Sunday, November 24. The show is double cast with the Teal and Burnt Ochre casts alternating performances. For showtimes and tickets, go here.