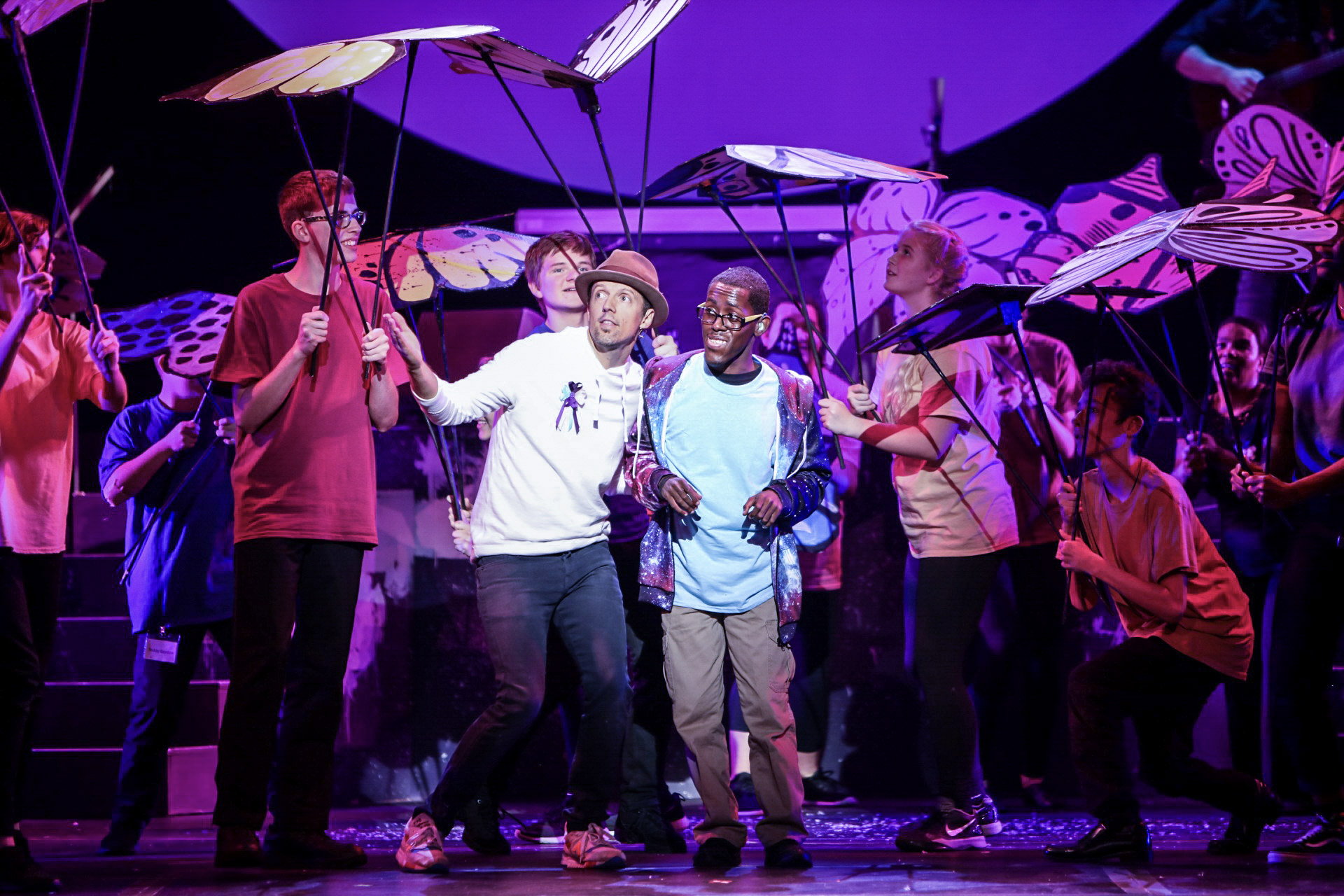 Each year, the Richmond nonprofit SPARC holds a show-stopping, awe-inspiring concert featuring 200 area students of all abilities performing alongside some of the most popular performers in the music industry. And every year, the show sells out weeks in advance – which means too many families have never seen a LIVE ART mega-concert … live at Altria Theater.

Now, local public television viewers will have a chance to partake in some of the magic of Live Art. Following on the heels of the award-winning documentary, From the Wings: The Live Art Story, this new documentary, Live Art: Love, takes viewers behind the scenes of the 2018 Live Art concert, a special night of music, dance, and visual arts. A production of SPARC, human-story films, and WCVE PBS, Live Art: Love premieres April 25 at 9 p.m. on WCVE/WHTJ PBS and April 28 at 7 p.m. on WVPT PBS.

SPARC’s year-long Live Art program for youth with and without disabilities sees students working together in a variety of performing and visual arts classes. It’s an exciting opportunity to learn, perform, make new friends, and develop empathy and understanding.

“In Live Art, hundreds of students, whether typically developing or with disabilities, are all being challenged in new ways,” explains Erin Thomas-Foley, creator/director of Live Art and SPARC’s senior director of education. “This program is about bringing people together, understanding and embracing our differences, and building a community that radiates love and support for all.”

“The way that Richmond rallies around our students is exactly our dream for Live Art,” says Ryan Ripperton, SPARC’s executive director. “That while our individuality makes us beautifully unique, it is our shared humanity that makes our community stronger – here in Richmond, and through this broadcast, across the United States and beyond.”

“We often find that what first attracts our audience is our talented and generous guest artists,” explains Ripperton, “But over the course of the performance, it’s the students who truly melt the hearts of the audience. For our students, the fact that world-class guest artists want to perform with them, a 3,600-seat theater gets filled to see them, and now TV audiences across the country will be tuning in all just goes to confirm that they, too, are stars.”