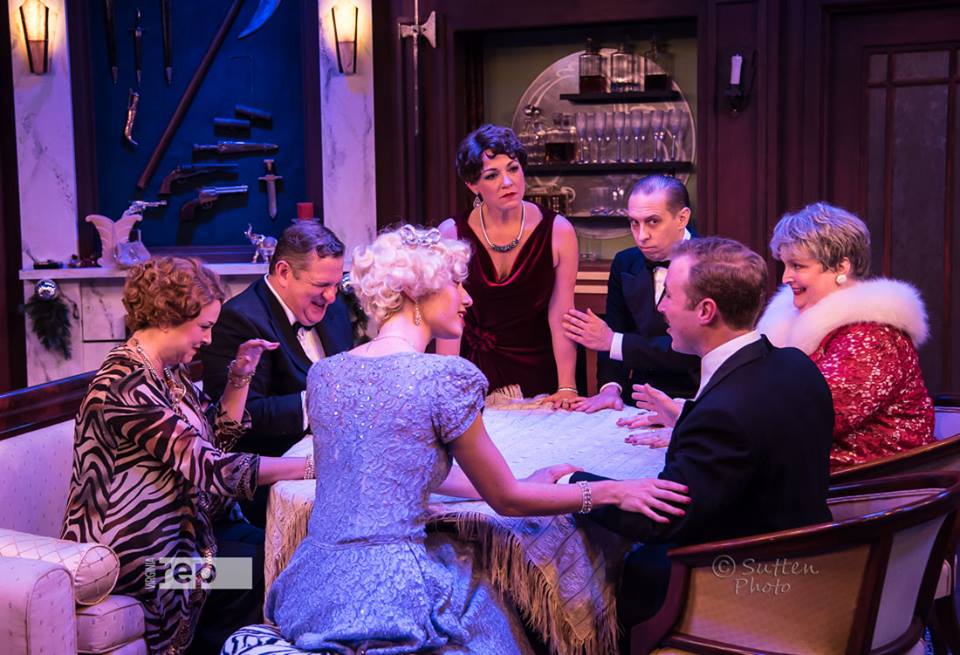 Virginia Rep’s Hanover Tavern production of The Game’s Afoot: Holmes For The Holidays is a great show for anyone looking for a good murder mystery with a holiday twist.

A farce through and through, the show follows Broadway star William Gillette – known for his portrayal of Sherlock Holmes – as he reprises his role in order to find the answer to who was trying to murder him while he was on stage. He and his castmates gather together at his Connecticut estate to solve the case.

Director Debra Clinton has assembled a top-notch seasoned cast for this funny whodunit. The first act of the show builds up to the second act. It introduces us to the majority of characters, giving us a look at what makes them tick and their possible motives. Because of that build-up, it moves at a slower pace with fewer laugh-out-loud moments than the second act – which is definitely comedy at its best.

The cast interacts on stage with ease and honesty. Meg Carnahan (Aggie) and Caleb Wade (Simon, her husband) delightfully play off of each other, bringing a hint of playfulness and secrecy to the situation at hand.

Joe Pabst (Felix) and Lisa Kotula (Madge, his wife) work well together, bringing yet another layer of comedy to the production. They are always a real hoot on stage!

Donna Miller (Daria, a nosey reporter) and Audra Honaker (Inspector Goring) bring their own magic to their roles. They both know how to camp it up. 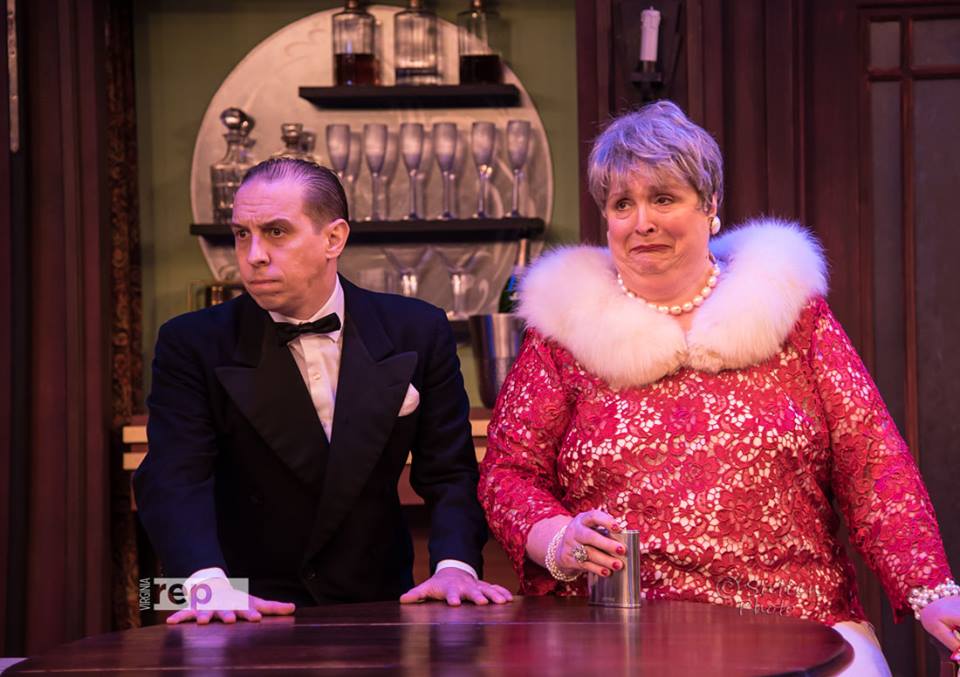 When it comes to comedy, Scott Wichmann (William Gillette) and Catherine Shaffner (Martha) are superb. Both get into the character’s skin and find the nuances that will deliver a hearty laugh. It’s always so much fun watching these two Richmond favorites at work! They really shine in this production.

The Game’s Afoot: Holmes For The Holidays will definitely get you out of any holiday ho-hums you have been experiencing. It’s a fun evening for the family! The show runs through January 6 at Hanover Tavern. For showtimes and tickets, go here.