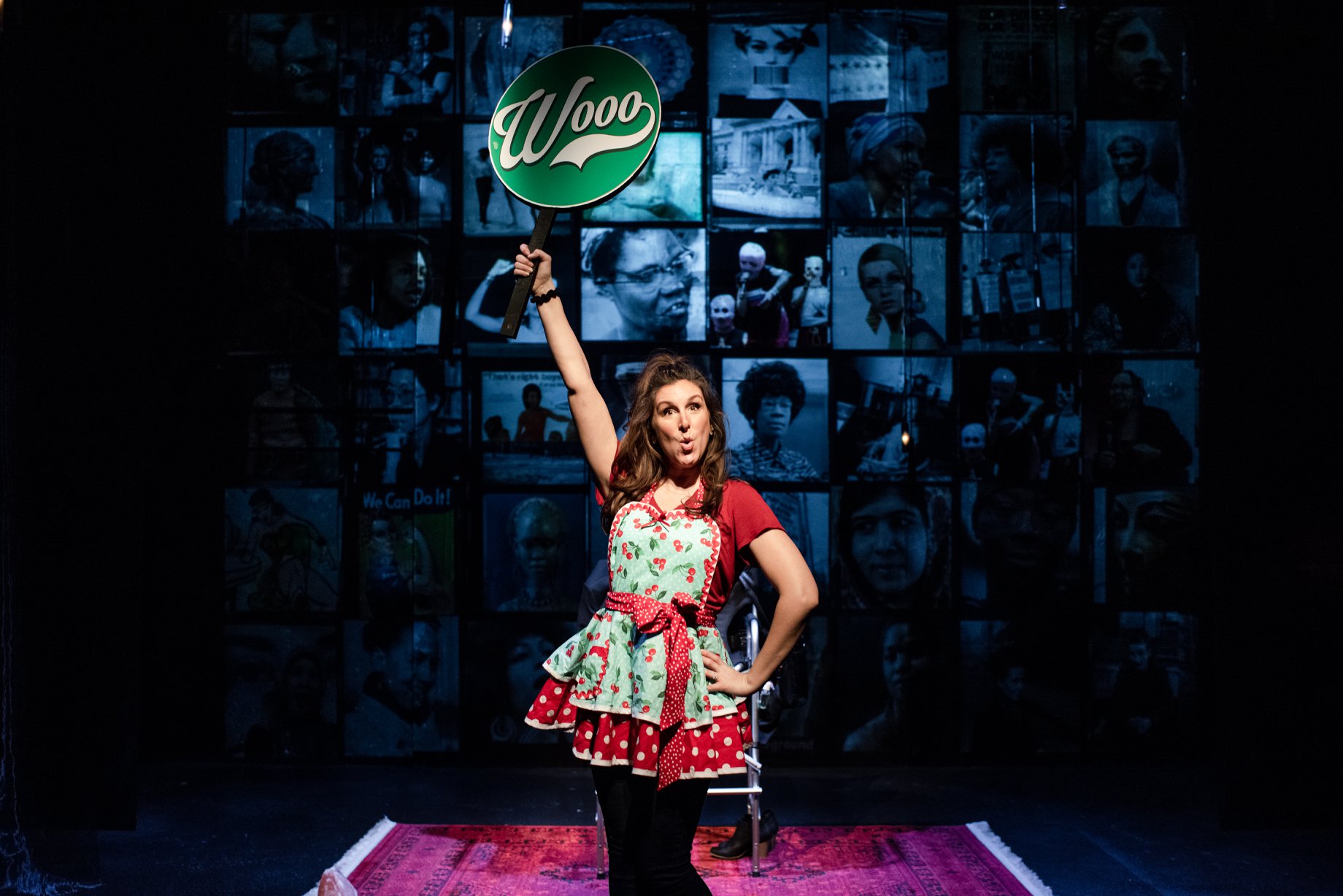 There is no better way to describe the world premiere of In My Chair than to simply say – the show is genius. Written and performed by Eva DeVirgilis, this one-woman show is fresh, timely, and thought-provoking.

The idea for the show came from DeVirgilis’ stint as a makeup artist at Saks Fifth Avenue in New York and Richmond. During that time, she noticed that every woman who climbed up into her chair said the phrase “I am sorry” at some point when they talked about their looks. Whatever the defect they imagined, it was preceded by “I’m sorry.”

DeVirgilis noticed the same trait in her own life. So, she created a “no sorry” zone in and around her makeup chair. But just like the other women, she still couldn’t shake the negative voice within her head that always put her down – she calls it Norma by the way.

She found the same to be true when she traveled around the world to meet women, share her story with them, and gather raw materieal for her show. She and the women she met carried around their self-doubt and self-blame just like DeVirgilis carried her makeup chair around the world.

Her travels introduced her to brave women, abused women, exploited women, frustrated women, and oppressed women. She witnessed the height of humanity and the lowest points of humanity. And somewhere between her interviews, her presentations, and her newfound friends she found her strength, her voice, and her creative outlet.

We live in times that are often unkind, unjust, unrelenting, and uncompassionate. And that needs to change. That’s why it’s important for every woman and every man to hear what DeVirgilis has to say. Her honesty touches the soul. Her words ring true for women around the world. Change starts with looking in the mirror and being kind and compassionate to the person you see looking back at you – and to everyone you encounter. And that’s was DeVirgilis has to say. If you don’t see this show in Richmond during its world premiere, perhaps you’ll see it on Broadway one day. It’s that good.

Co-produced by Virginia Rep and Cadence Theatre Company, In My Chair runs through March 31 in Theatre Gym at the Virginia Rep Center. Go here for showtimes and tickets.

For background on Eva DeVirgilis’ journey in the creation of In My Chair, read Just Joan: RVA Storyteller.