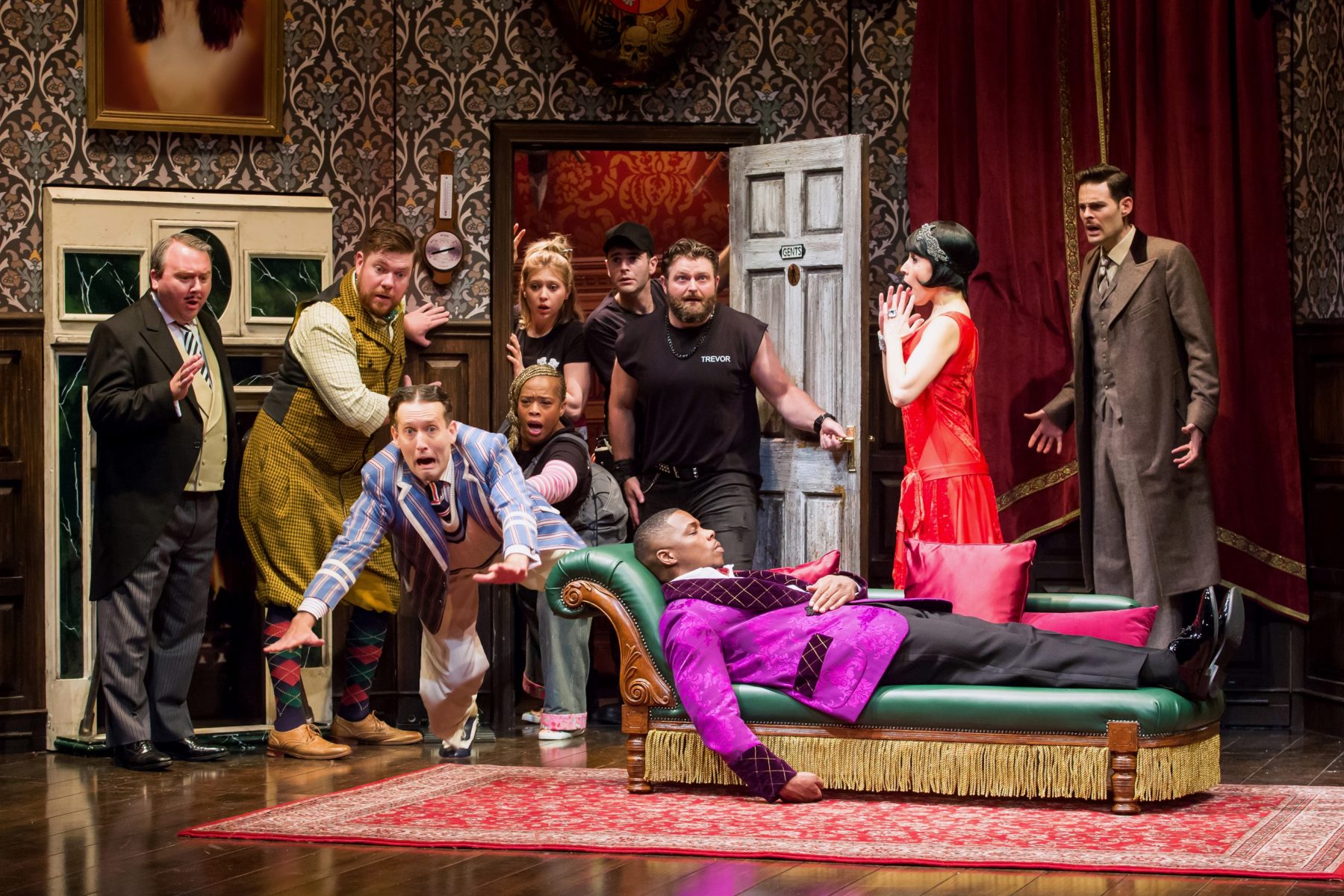 Who doesn’t need to kick it waaaay back and laugh for a couple of hours – free of technology and outside distractions? With its good old-fashioned physical comedy, cheesy gimmicks, and flat-out-fun script, Broadway in Richmond’s production of The Play That Goes Wrong is a perfect excuse to do just that.

The title of the play says it all, and if you’ve ever dabbled in the world of theatre arts, you will easily relate to this play about a play where if it can go wrong, it does. From sound effects and prop blunders to overacting like you’ve never seen before, The Play That Goes Wrong gets it right if what you want out of a night of theatre is aching cheeks from smiling and laughing so much.

Half of this touring cast has Broadway credits, and all are incredibly talented. How they keep straight faces throughout the 2-hour production (and yes, a big bonus is the length of this show!) is beyond me. Ironically, the actor whose work I enjoyed most was Adam Petherbridge (as Max Benett as Cecil Haversham) as he played to the audience throughout the performance and purposefully cracked up, truly letting us in on the joke without ruining it for anyone. At another point in the show, the director of the play within the play (Chris Lanceley as Chris Bean as Inspector Carter and Director) lays into the audience for not keeping up, and Trevor the lighting and sound operator (played by Jason Bowen) makes a special request for the return of his Duran Duran cassette that he misplaced in the venue. If all this sounds confusing, don’t worry. It will be crystal clear after you see The Play That Goes Wrong.

Adjectives like gut-busting, riotous, and madcap pop up in reviews for the award-winning Broadway version, and I would agree with all of those, along with uproarious, witty, and non-stop.

The play within the play is The Murder at Haversham Manor performed by the Cornley University Drama Society, and it opens in the parlor, where the body of the guest of honor at an engagement party is found dead on the chaise lounge. Hilarity ensues as the search for the murderer takes place and scene after scene goes awry.

My companion made a good observation as we left the theatre, noting that the set was its own character in the play, breaking away, falling over, catching on fire (really!) on cue. At two hours including intermission, there’s never a dull minute – or a time when you’re ready for the final curtain. There’s also no profanity or mature content, so I would recommend The Play That Goes Wrong for your theatre-loving kids ages eight and up.

The Play That Goes Wrong continues at Altria Theater through Sunday, October 27. For tickets and showtimes, visit broadwayinrichmond.com.