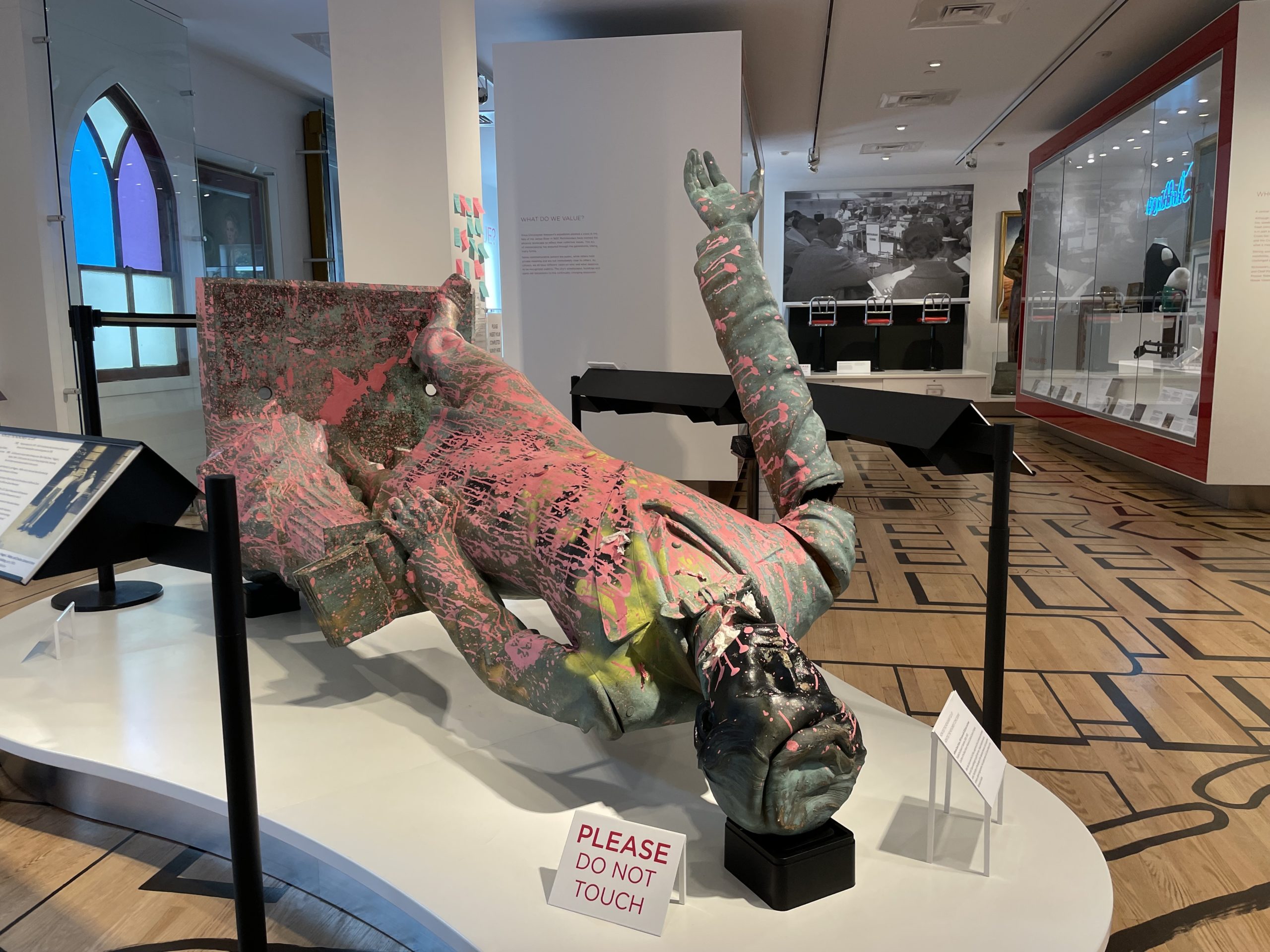 The Valentine invites the public to view its newest display, the statue of Jefferson Davis, and give input on an upcoming exhibit. On Wednesday, June 22 at 9:00 a.m., the Valentine unveiled the Davis statue at an exclusive media preview event.

The Davis statue was erected in 1907 on Monument Avenue and pulled down by protesters on June 10, 2020. It is now on display within the Valentine’s core exhibit, “This Is Richmond, Virginia,” for at least six months while on loan from the Black History Museum & Cultural Center of Virginia (BHMVA). Visitor feedback will inform the Valentine’s interpretation of the Edward Valentine Sculpture Studio, where the Davis statue was created by the museum’s first president.

“This is a critical time to have a conversation about our shared history and light the path forward,” said Valentine Director Bill Martin. “We want to create a safe space for people to learn, be challenged and confront their assumptions and biases about Richmond’s troubling past. The Edward Valentine Sculpture Studio is an important piece of Richmond history, so it’s crucial for us to hear from the community on how to present complex topics like the Lost Cause and Jim Crow-era racism.”

A survey of community members conducted by the Valentine showed that 80 percent of respondents want to see Confederate monuments in museums with appropriate context, rather than displayed in public spaces or destroyed. Most of Richmond’s Confederate monuments were recently gifted by the City of Richmond to the BHMVA, which then temporarily loaned the Davis statue to the Valentine.

“This is an important opportunity for Richmonders to process both our recent and past history, and continue the dialogue about how we move from a Confederate past and the Lost Cause, to a righteous cause that realizes an inclusive and equitable future,” said Mayor Levar Stoney. “Conversations that happen around the toppled statue during this exhibit will help inform decisions about the future of public monuments and how we choose to commemorate and express our values as a community.”

To give all Richmonders an opportunity to participate in this conversation, the Valentine now offers free admission every Wednesday as long as the statue is on display.

RSVPs are requested for the media preview on June 22 at 9:00 a.m. Coffee and pastries will be provided.

The Valentine has been collecting, preserving and interpreting Richmond’s 400-year history for over a century. Located in the heart of historic downtown, the Valentine is a place for residents and tourists to discover the diverse stories that tell the broader history of this important region.

Read about the Valentine in RFM here.