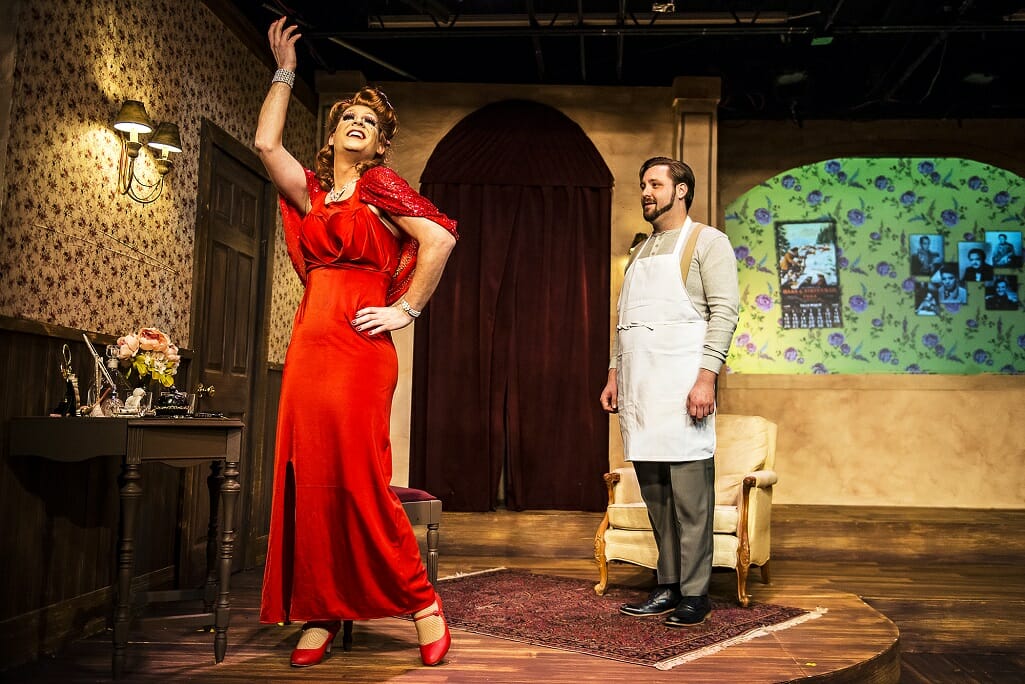 If you’re looking for an evening of lighthearted entertainment this holiday season, check out Richmond Triangle Players production of Times Square Angel. The cute, campy show channels some of your favorite holiday classics – think A Christmas Carol and It’s a Wonderful Life.

The show centers on Irish O’Flanagan, headliner at Club Intime, a bitter soul that only thinks of herself. But she’s in for a big change when she meets Albert, an angel who comes to earth as a vaudeville magician to help her see how her behavior affects others and will eventually lead to her own demise.

This is a show that lets you sit back and forget about the worries of the day. You don’t need to overthink it in any way. The message it sends is not new, but it is very true – we all need to be kind to each other and care about one another. It’s when we start thinking only about ourselves that we go astray.

Local drag performer Wette Midler (also known as Luke Newsome) plays tough-as-nails Irish who brushes away the people that really care about her and surrounds herself with people who will hurt her. Newsome’s genuine performance gives us insight into Irish’s behaviors.

Jeffrey Cole plays Albert – stylishly dressed in a white tuxedo – who shows Irish what life will be like if she doesn’t amend her ways. Cole has a lot of fun with his role and that shows in his performance.

Members of the ensemble play multiple roles in the production, adding to the laughs and hijinks.

And while the show is fun in itself, the short after show is a hoot and will definitely put you in the holiday spirit.

Times Square Angel runs through December 21 at Richmond Triangle Players. Recommended for ages sixteen and up. For showtimes and tickets, go here.