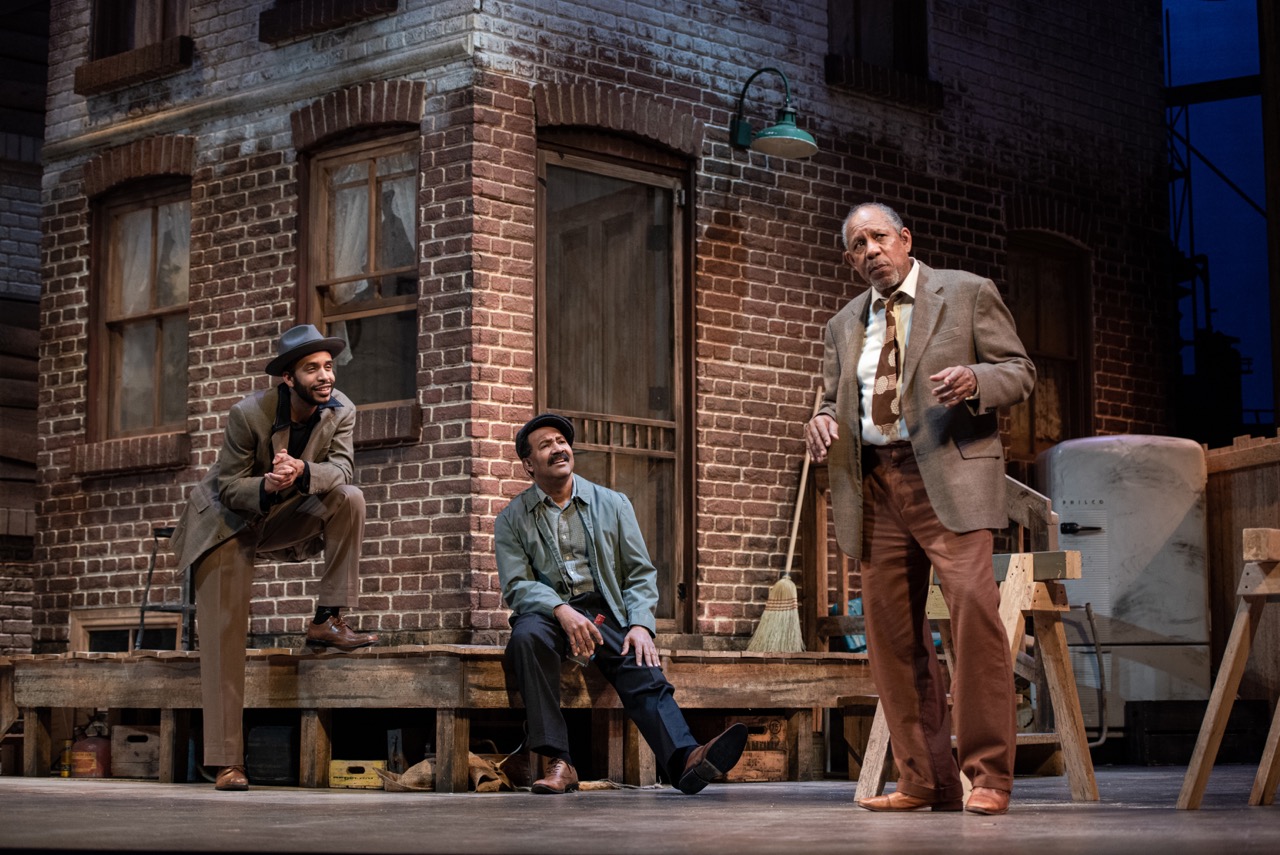 The deception of dissatisfaction and the allure of forgiveness are brilliantly explored in Virginia Rep’s presentation of August Wilson’s Pulitzer-Prize winning play Fences.

Performed on Broadway and made into an Oscar-winning film starring Denzel Washington and Viola Davis, the popularity of this play addressing themes of honor, duty, loyalty, and contradictions endures. Set in 1957 Pittsburgh, the story illuminates the complexities of an African American family struggling with dreams deferred by racial injustice and their own fenced-in emotions. Under the direction of Tawnya Pettiford-Wates, the must-see play soars with an unforgettable ensemble.

James Craven’s riveting performance as Troy Maxson is the driving force of the play. Embittered, Troy played baseball in prison and became a star in the Negro leagues, but aged out before Jackie Robinson, who he says “ain’t nobody,” broke the color barrier in 1947. The baseball career that eluded him, in part due to racial injustice, is a wound that never heals.

Tensions flare when his youngest son Cory, a football star, catches the eye of a college recruiter. Troy directs him to quit the team, return to a grocery store job and learn something no one can take away from you. He thinks he’s saving his son from the disappointment he experienced with baseball. 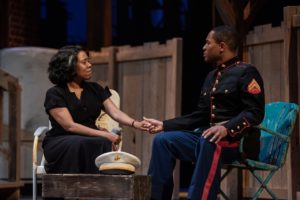 From the moment Craven takes the stage as a 53-year-old sanitation worker scraping by, he channels a mercurial father and husband wrestling with demons, some of his own making. Augmented by his impressive physicality, Craven delivers a powerhouse performance as a man whose poor choices distance him from the family he loves.

Lisa Strum shines as Troy’s devoted wife, Rose. She infuses the role with quiet intelligence and compassion in contrast to Troy’s gruff, overbearing nature, and infidelity. But make no mistake, she’s as tough as Troy, just without the bluster.

Jamar Jones effectively exudes rebellious rage and youthful ambition as Cory, a young man seeking his father’s approval while on the brink of forging his own path.

Troy’s oldest son, Lyons, played with a cool swagger by Joe Marshall, lacks the focus and work ethic of his half-brother and father. Troy’s relationship with his musician son is likely strained due to not raising him.

Horace E. Smith is a scene-stealing delight in the role of Gabriel, Troy’s man-child brother with the voice of a baritone angel. A war injury left him with a mental disability and money Troy used some of to buy his modest brick home. The religious Gabe often sees something no one else can, until perhaps the last chilling scene.

Milani Hopkins makes an impressive debut as Raynell, Troy’s love child who Rose raises as her own.

The story unfolds on a smart and sparse set design featuring the family’s backyard, where Rose has Troy and Cory build a simple wooden fence. As it nears completion, Troy increasingly finds himself in the bottle, cut off from his family and symbolically on the wrong side of the fence.

August Wilson’s Fences is a powerful and thought-provoking play about relationships between sons and fathers and husbands and wives. The production runs through March 1 at Virginia Rep’s November Theatre. For showtimes and tickets, go here.