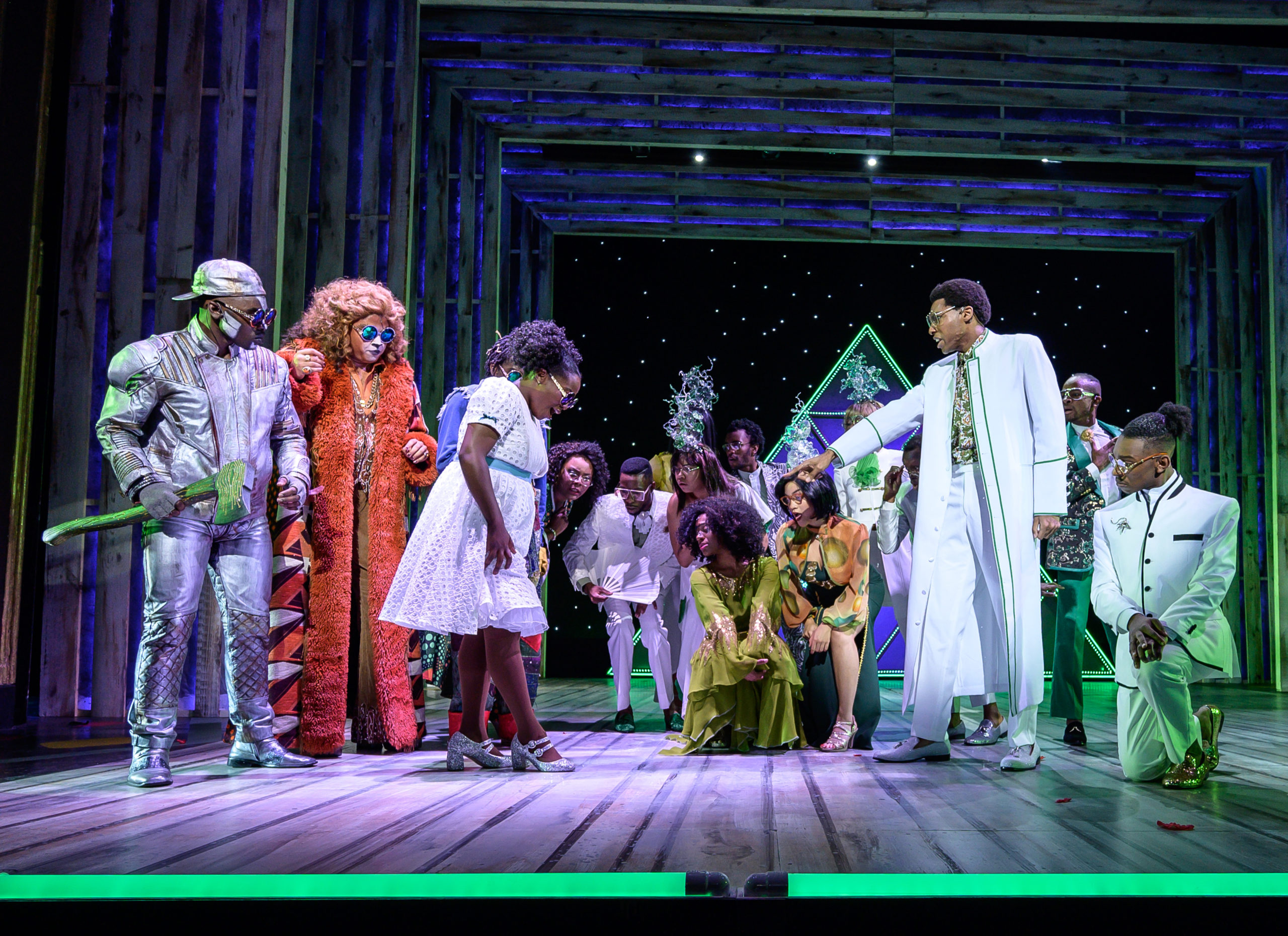 When a theatre production is as good as it gets, the word that comes to mind is WOW! And that’s how I would describe Virginia Rep’s newest show The Wiz.

Full disclosure: I was skeptical going into this show. I wasn’t as much a fan of The Wiz as I was of The Wizard of Oz or its highly imaginative prequel Wicked. But Virginia Rep’s production totally changed my mind. In my opinion, this is the best version of The Wiz that I’ve seen on stage or screen.

The show is the same beloved story of Dorothy, the Tin Man, the Scarecrow, and the Lion, but with an updated high-fashion, urban vibe that totally works.

Director/choreographer Kikau Alvaro deserves his own round of applause for coming up with an innovative, highly entertaining take on a classic show that doesn’t diminish the original in any way. He has pulled together a cast – from ensemble members to lead characters – that would cause other directors to turn green with envy – even without the Wiz’s emerald green shades.

Alvaro’s concept of the show includes yellow brick roads, red poppies, and a roaring tornado that come to life to move Dorothy on her path to Oz. He has erased the boundaries of the stage to bring the action into the audience. His fluid direction gives the cast the ability to thoroughly embrace the characters and bring them to life with energy and pizzazz.

When it comes to the cast, that “Wow!” pops up again and again. Performances are clean, crisp, sassy, heartwarming, hilarious, and entirely believable. There is no weak link in this cast, even Toto (played by the handsome Goose on opening night) is right on cue.

Actors move on the stage effortlessly, keeping a pace that continuously draws you into the story. The choreography, beautifully in-sync and precise, is intriguing and inventive, moving from the grace of ballet and to the energy of hip-hop to the spunk of tap.

If I singled out every actor who delivered an A-plus performance, this review would be way too long. The cast is large, and the talent even larger.

Richmond favorites Jerold E. Solomon and Desirée Roots play multiple characters and are wonderful in their roles. Roots is a sassy bombshell with a pitch-perfect voice in both her roles as Addaperle and the wicked witch Evillene. Solomon (as Uncle Henry and The Wiz) delivers top-notch, Broadway-worthy vocals in his rendition of Believe in Yourself and Y’all Got It.

Jessi Johnson is glamorous as Glinda and shows off her powerful voice in A Rested Body and the reprise of Believe In Yourself.

Brandon LaReau is quite the charmer as the Lion. His cheeky performance will make you smile in delight.

Jerome Wells shows off his smooth vocals (Slide Some Oil To Me) and lively tap expertise as the Tin Man.

Dylan Jackson’s energy and enthusiasm light up the stage in his role as the Scarecrow. His nimble, outstanding performance shines like the bright lights of Broadway. What a joy to watch!

Mariah Lyttle brings to the stage a wide-eyed, warm, and hopeful Dorothy who seems to enjoy each step on the road to Oz. Her vocals are spot on, especially in her take on Home. She’s cute as can be and very engaging.

The stars behind this production include Paul Black’s heavenly lighting design that glows with wonderment throughout the production, Kimberly Powers’ outstanding and innovative scenic design, and Jeanne Nugent’s spectacular, inventive costume designs that dazzle the night away. This production couldn’t have been as perfect as it is without their contributions.

The Wiz is a must-see for everyone and perfect for families with kids ages six and up. Bring a little sparkle to your night by slipping on your silver (not Ruby Red) pumps and easing on down to Broad Street. You will be entertained, amused and completely blown away by this family-friendly production. See the show at Virginia Rep’s November Theatre through August 4. For showtimes and tickets, go here. 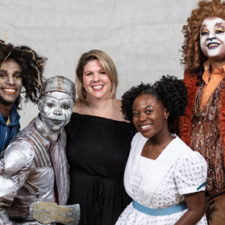 Read this article in Just Joan: RVA Storyteller about the innovative costumes by Jeanne Nugent. Also, enter to win a family 4-pack of tickets to The Wiz here, and read about Richmond favorite Jerold E. Solomon on page 14 in RFM this month.